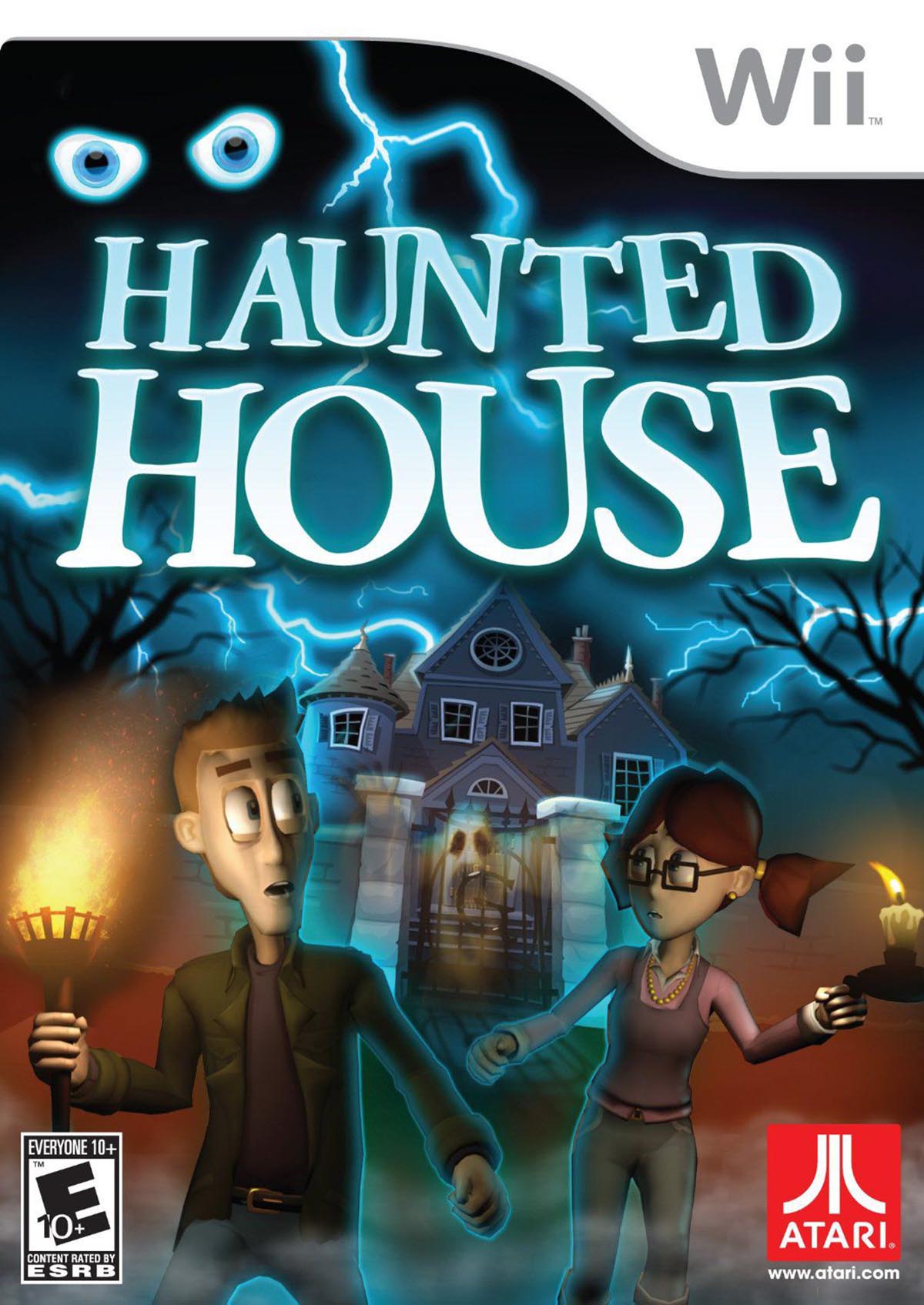 Gather ‘round, whippersnappers—Granpaw’s got him a powerful rememberin’ on! This Halloween season, you kids are probably sitting at home enjoying your Resident Evil and your Silent Hill (because actually knocking on strangers’ doors is much too scary). You wanna see what the original survival-horror game looked like? It looked like this. Pretty scary, hunh?

Actually, it kinda was. Haunted House for the Atari 2600 built out from the cornerstone of fear: There’s something you can’t see lurking in the dark. That just happened to be very easy to do with the 2600’s infamously crude graphics hardware, where developers would just as soon not show you the blocky monster and let your imagination do the work, which is, coincidentally, the best approach for horror. Mind you, the game wasn’t scary in the existentially upsetting fashion of a Fatal Frame game; it was more a giggling made-you-jump spookiness, the anxiety of bumping around in the threatening dark balanced by your adorably minimal avatar. Given how much that balance was a product of technological limitations, it’s impressive that the new remake of Haunted House nails the original’s cute/scary tone, keeping you both nervous and grinning. There’s plenty of gentle scares, but the experience is perfectly suited to playing with your kids as long as they don’t have a terrible fear of bats, dogs, or overstuffed couches.

Haunted House’s gameplay is remarkably true to the original, a kind of exploration/stealth hybrid that’s rarely been imitated. You wander through overstuffed Victorian rooms looking for keys, treasure, and portable sources of illumination, and fleeing assorted ghoulies and ghosties. Much of the challenge is simply finding your way around in the pitch dark, and navigating the deliberately confusing floor plans with only occasional flashes of lighting illuminating the room. You can light matches, candles, torches, and (in an amusing concession to the modern remake) a cellphone, but those will only reveal a small radius, and only for a little while. Meanwhile, you have to avoid enemies that might be sneaking up on you in the darkness, and that you won’t see until it’s…too late! The game’s not particularly difficult (unlimited lives, minimal enemies, and reasonable boss fights make it better suited to kids and laidback adults than hardcore twitchers), but it’s fun, more like the undemanding thrills of a haunted mansion ride than the thrills of a roller coaster.

The enemies are surprisingly varied. Unfortunately, the rest of the game doesn’t mix it up nearly as much, and the design is just plain repetitive. While the sound design isn’t bad, it’s extremely limited, and your own character’s phrasebank is so small that you’ll already be sick of his one-liners within the first hour, and you’ll hear them quite a lot in the hours to come. Similarly, all the floors look way too similar, so you won’t have much sense of accomplishment as you progress through levels of the house. This is especially problematic in a game that’s all about keeping track of where you are; the similar furnishings of every room makes it hard for design reasons rather than gameplay reasons, which is the definition of poor design.

The game also suffers from some of the development sloppiness that’s almost inevitable with seasonal-release games, like a few levels that had to be restarted because a key didn’t spawn in the spot where it should have. There are also some design choices that aren’t exactly bugs, but are probably inadvisable, like lamps required to pass through certain doors; if you use the lamp too much, it will burn out, and you’ll have no way to proceed in the level without restarting, and no indication that restarting is the only option. But these were very occasional in my playthrough, and the levels aren’t so big that restarting one is a deal-breaking annoyance.

What’s most striking about this game—not least because it’s the last thing I would’ve expected from an Atari remake—is how unique the gameplay is. Nowadays, navigation is considered something you do to get from one encounter to the next; it’s still unusual to have a game where getting around is the central element of gameplay. It’s up to you whether you find wandering around lost to be a compelling challenge or an annoying throwback, but I was nostalgically thrilled to discover a game that demands that I draw maps in my head (or even—gasp!—on paper) as though I was playing Zork in 1981. ImaginEngine has mostly cranked out perfectly tedious licensed crap, and Atari is a sad shell of a studio that was always more powerful than it was interesting, so it’s all the more striking that a cash-in thrown together for a holiday release should turn out to be a work of such sit-up-and-take-notice enjoyment.

Haunted House does exactly what a game remake should do: It makes the original game feel newly relevant. Those with fond memories of the original will delight at once again being able to control the beloved googly eyes, and those who’ve never played the original will be interested by its rarely-if-ever-imitated concepts. Atari has a not-undeserved reputation as a studio that hasn’t had an original idea in decades, but Haunted House shows that there’s still life in those reanimated old bones. So, when do I get my 5.1 Surround Sound update of Yar’s Revenge?

Review: Art Academy Is a Decent Primer for Greenhorn Artists