Fable was a game about morals, about making the right choices, a game in which the subtlest decisions could have the most profound consequences. It was the stuff of legends. It was the story of a child who overcame great personal tragedy and insurmountable obstacles and became a hero of the people and savior of a kingdom. Every choice you made was a means to an end. How you wished to be remembered was up to you. Would you oppress your people, abandoning them to save yourself, or would you become a martyr and sacrifice yourself to save the world? These were the hard decisions you had to make in the previous Fable games, and many were not this clear cut. There was a lot of gray area to play around in. Fable III is still a game of choices, but unlike its predecessors, you often get the feeling that your hand is being forced. The only choices are black and white, there are no shades of gray.

Fable III begins 50 years after the events of the second game. You play as the descendent of the hero from Fable II, and are cast in the role of a monarch who has been ousted from the throne by your tyrannical brother. It’s your duty to raise an army by finding and recruiting allies amongst the peoples of Albion, and lead a rebellion to overthrow your brother and restore order to the kingdom. The journey from outcast to king follows the Road to Rule, an ethereal path that serves as the game’s progress meter. As you befriend more allies, you are rewarded with chests that contain the skills necessary to complete your journey. Once you have reached the end of the road, you confront your brother and take control of Albion.

Having been restored to power, your quest is far from over. You discover that there’s an impending doom that threatens Albion. One year is all the time you have to prepare your kingdom for a catastrophe. Now your duties as a ruler begin in earnest. As king you must decide if you will tax your subjects, rebuild the cities and towns that were destroyed during the revolution, pardon or execute those that betrayed you, and build schools to educate the public. If you coddle your subjects you will be adored, but at a huge cost to your treasury. Should you decide instead to neglect the people and enrich yourself, they will suffer and despise you for it. Or you can decide to leave the policies of your brother in place; no one will be satisfied with them, but you won’t go broke either. Once the year is up (and this comes rather suddenly) all the gold in the treasury is divvied up and the final battle begins. How you spent your time and money—or didn’t—will affect the fate of Albion.

The world of Albion is a magical place. It’s brought to life by fantastic artwork and majestic music. The environments are carefully crafted, especially Albion’s ancient capital Bowerstone. It looks like a city that was built up over the centuries, with new structures sprouting up from the crumbling foundations of the old. The city is buzzing with activity. Porters bustle about the docks, the factories hum with the sounds of busy workers, and the town crier shouts as citizens gather round to listen to the king’s decree. Its people are friendly, and hilarious. They’re the sort of people you would like to get to know. And throughout Albion, you will hear some of the most memorable music ever written for a game. In the cities it is lively and whimsical, in the caverns and crypts it becomes dark and haunting. It creates a magical atmosphere that permeates everything.

There are a few technical improvements made upon Fable II. It looks a bit better, doesn’t seem to hang as frequently, and there are far fewer blatantly broken quests. There were some clever changes to the interface as well. Instead of the standard pause screen you have the Sanctuary, which is a very convenient place for you to store all of your trophies and equipment. And then there’s the new world map, which shows you a three-dimensional representation of each region of Albion. From here you can select a quest and travel to the closest starting point (though this doesn’t always work), and even purchase and manage your properties.

Unfortunately, these are the only noticeable improvements, because Fable III still suffers from the same technical flaws that marred Fable II. For all the care and attention that was paid to bring this world to life, sadly Fable III is not as good as it could have been. Often textures don’t load properly, the sound and music cuts out, the breadcrumb trail which guides you to your next destination disappears or gets confused, and your dog doesn’t take notice when there are enemies surrounding you or a chest is nearby. Mini-games such as Blacksmithing and Lute Hero are frustrating to play, as the frame rate drops inexplicably during the middle of a session, causing you to miss a note or land a hammer blow. The game is even boring to play at times, because of the oversimplified and repetitive combat. Lionhead may have been trying to reel in new audiences by making their game more accessible, but the lack of challenge will estrange most of the hardcore crowd.

Fable III’s greatest fault is its lack of meaningful choices. Morality is what set Fable apart; it’s what made it a great game. Fable III goes through the motions, but it just can’t arouse the same emotions that the first game did. Although the citizens of Albion are lively and charming, the main cast of Fable III is full of bland and emotionally detached characters that can’t inspire feelings of attachment or resentment, so you really don’t care whether they live or die. And most of the pivotal choices that you make are based on economic incentive instead of moral imperative. Because of the broken way in which the Treasury works (you can fill it with your own money), you aren’t really given any incentive to be evil, and thus you are forced to be good, robbing you of any choices. It looks like the same game, but it feels like the blood has been drained out of it.

Fable III is still a good game. It’s funny, it looks good, its simplicity could make it appealing to inexperienced gamers, and the cooperative play is rare for an RPG. It doesn’t present the same kind of dilemmas the previous Fable games did, so it isn’t as compelling. It’s worth owning only if you are a collector, and must have every installment in the series. But if you’re looking for a game that’s as good as its predecessors, this isn’t it.

Review: The Wolf Among Us Episode 2: Smoke and Mirrors 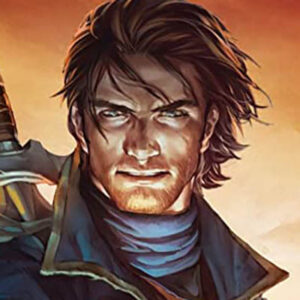