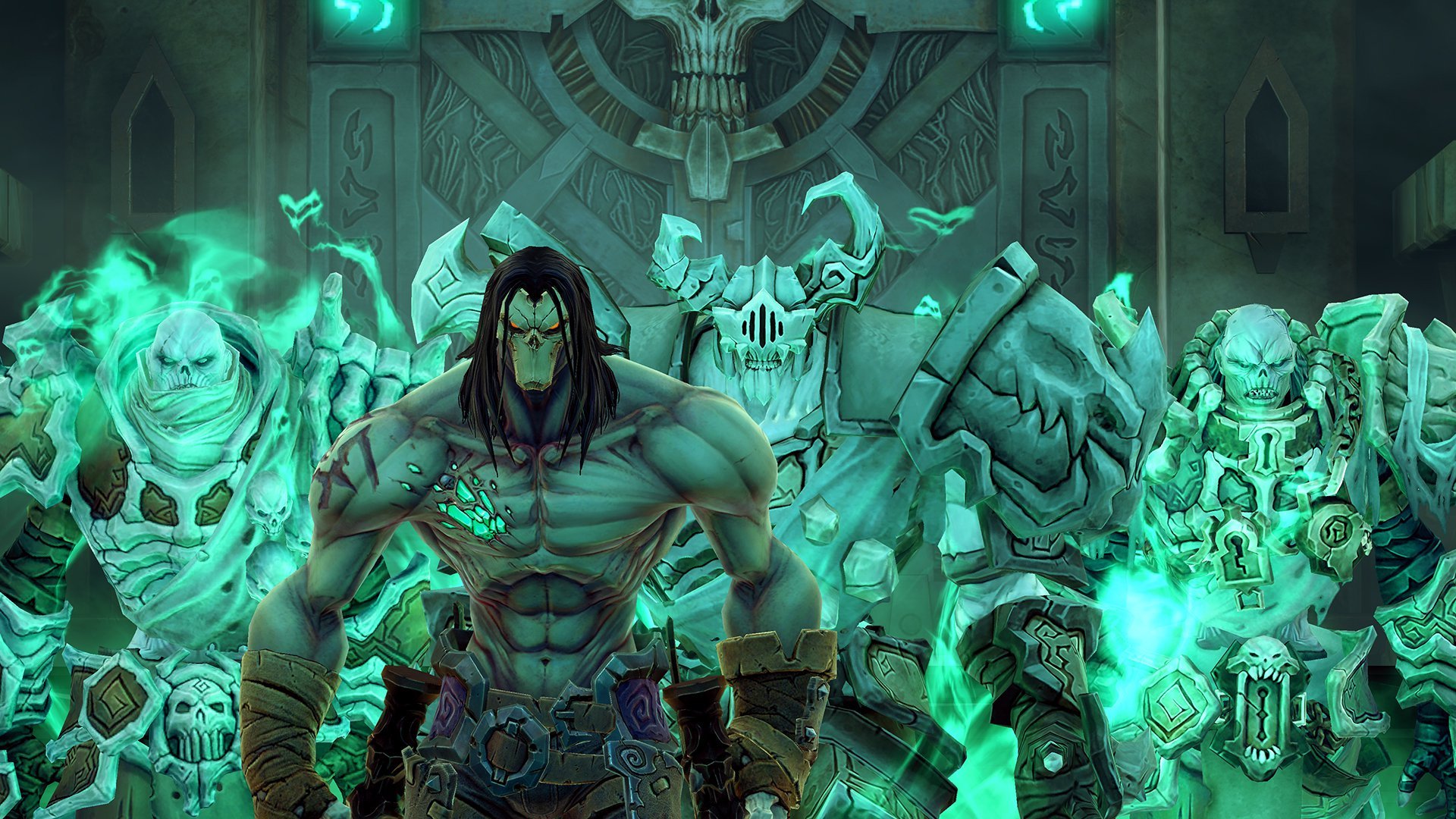 Benjamin Franklin once said that only two things in life were certain, death and taxes, but were he alive today, he might add remakes and remasters to that list. Given that the original Darksiders II was released just a little over three years ago, it’s hard not to see Darksiders II: Deathinitive Edition as a last-ditch attempt for profit. After all, the graphics aren’t all that noticeably different, and some of the terrain-traversal puzzles are still tricky on the eyes. And yet, given how much of the original team has worked to resurrect Darksiders for the current generation (after original publisher THQ’s dissolution), there’s also a sincerity and passion to the project.

In many ways, that describes the Darksiders franchise itself. Although its dungeons were obviously derivative of The Legend of Zelda’s, and its combat was the product of a talented God of War impersonator, Darksiders II was an ambitious, enjoyable game, and if the Deathinitive release gets it into a single first-timer’s hand, then it’s worth it.

This is true, however, only for newcomers to the series. Darksiders II did a lot of good things, but it also tried a little too hard to be epic, and wound up bloated in its constant attempts to outdo the original. Deathinitive is even bigger, as it contains all the bonus DLC. That’d be fine if these extra dungeons introduced new mechanics, but because they’re available as soon as players reach them, they’re generally forced to rely on simple, contextual puzzles. (They’re a lot like the Chalice Dungeons in Bloodborne in that they stretch out the core game without adding anything new.)

All the new content also threatens to imbalance portions of the game, with players over-leveled or discovering gear sets that outclass the stuff they’re finding elsewhere. Corrupted weapons, which you can level up by sacrificing other gear to them, are particularly useless. If the Diablo-like loot drops have been rebalanced, it’s for the worse; it’s soul-crushingly disappointing to figure out a tricky puzzle only to find that the random gear acquired from mashing through a mob of enemies was better. Worst of all, the game is still plagued—at least on the PS4—with stray glitches: My copy crashed during two different cutscenes, gave some characters weirdly pixelated textures (as if they’d been censored), and sometimes caused the audio to cut out.

Still, when Darksiders II sticks to the actual essentials of the main story and not its so-called Deathinitive features, it’s a solid action-adventure-RPG hybrid. Splitting the action across different worlds allows the team to experiment with styles, whether that’s the Warcraft-like fantasy of the Forge Lands, the way Realm of the Dead eerily evokes the Legacy of Kain series, or the return to apocalyptic Earth in a fun remix of the original Darksiders campaign. Death gains access to familiar guns and grappling hooks and rides around on a horse named Despair, but he also gains a late-game ability that seems ripped directly from Portal. These playful and experimental conceits, born of a sort of “why not?” mentality that’s very much not in Death’s grim wheelhouse, represent the best that Darksiders has to offer. If only the Deathinitive Edition were more of a director’s cut, then, and less of a studio remaster stuffed full of unnecessary content.