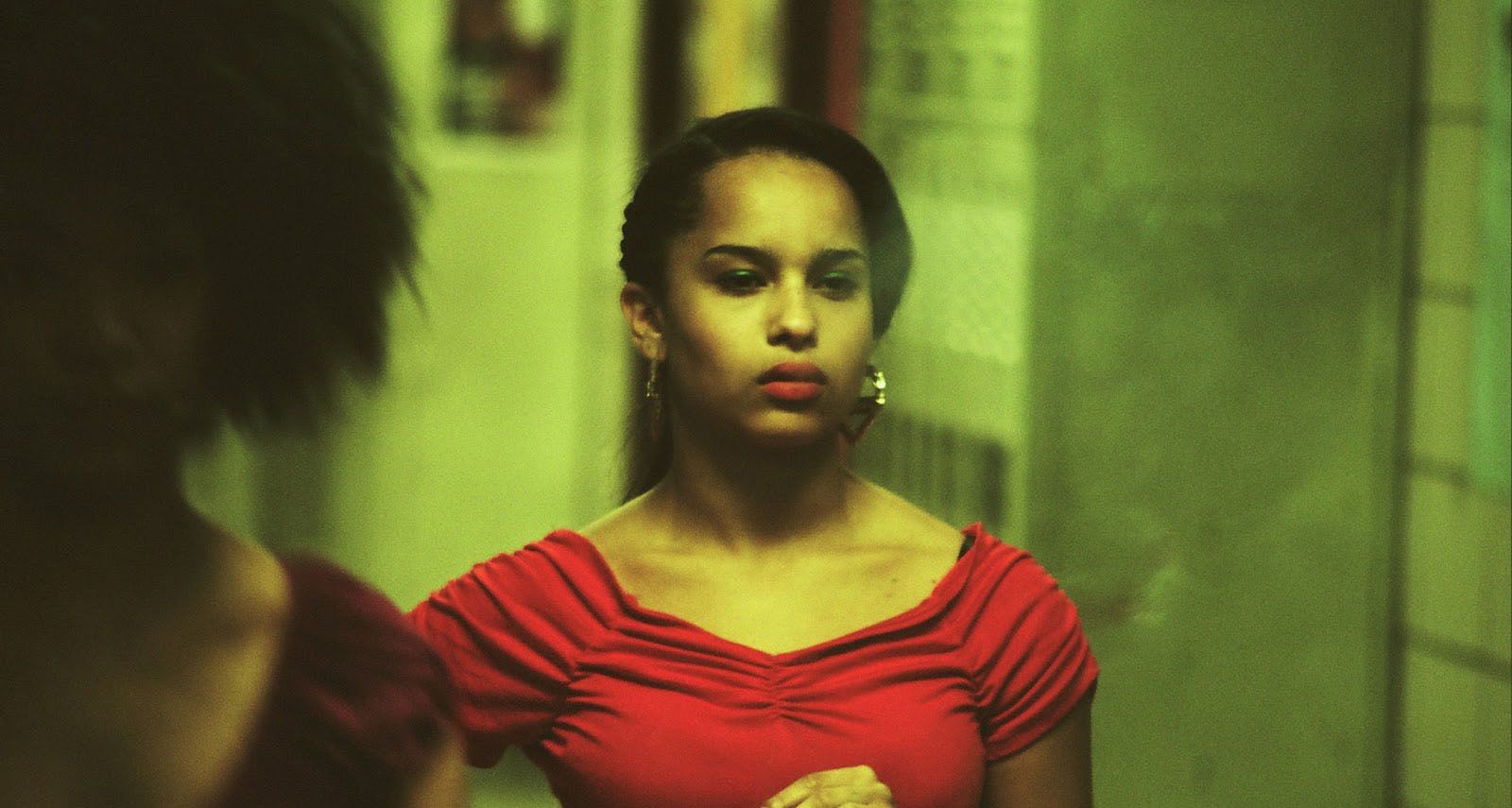 Passable but undistinguished, Yelling to the Sky tells of myriad domestic troubles in a predominantly black neighborhood that was likely depressed long before the country slid into recession. Though the film surveys many in this community, its gaze lands mostly on Sweetness O’Hara (Zoë Kravitz), a teenager marginally more well-off than most of her neighbors—something she’s made to answer for early and often. Her woe doesn’t end once she arrives back home, however, as her absentee father (Jason Clarke) is no less resentful and abusive than her main bully (Gabourey Sidibe) and her mother (Yolonda Ross) is a drug-addled zombie. Parents—and apparently everyone else—really just don’t understand.

Though writer-director Victoria Mahoney’s household-and-schoolyard examination of her adolescent protagonist’s downward spiral is more nuanced than this formulaic setup might suggest, it still fails to liven up the well-worn material in any significant way. There’s a crack den, racially-motivated violence, and even a shooting, all of which is treated in such a matter-of-fact manner as to hardly register. Which is to say, Yelling to the Sky isn’t the outraged indictment its title would imply, but neither is it emotionally resonant enough to make up for its lack of a clear focus. Mahoney opts for an evenhanded, semi-vérité approach that succeeds in making the proceedings feel real and mostly un-sensationalized, even if there don’t end up being as many reasons to care about all this in practice as there would seem to be on paper. This is Yelling to the Sky’s trademark, as well as its biggest problem: It avoids most of its genre’s pratfalls, though it also shows little interest in transcending them.

There’s an exception, however: a scene set to “Beyond the Sun” by crust-punk innovators Amebix in which the bullied violently becomes the bully. The brief explosion of rage, motivated more by vengeance than justice, is presented so well that we hardly have a moment to consider just how troubling its implications are. A cycle of violence is perpetuated rather than resolved, but Mahoney’s depiction is so viscerally satisfying that it hardly seems to matter. Only here does her film truly come alive, displaying heretofore unseen energy and even bravura for what ends up being just a few short minutes. However unobjectionable everything else may be, it never reaches the kinetic—and even problematic—heights of this one instance of formal daring.

Review: The Hobbit: An Unexpected Journey