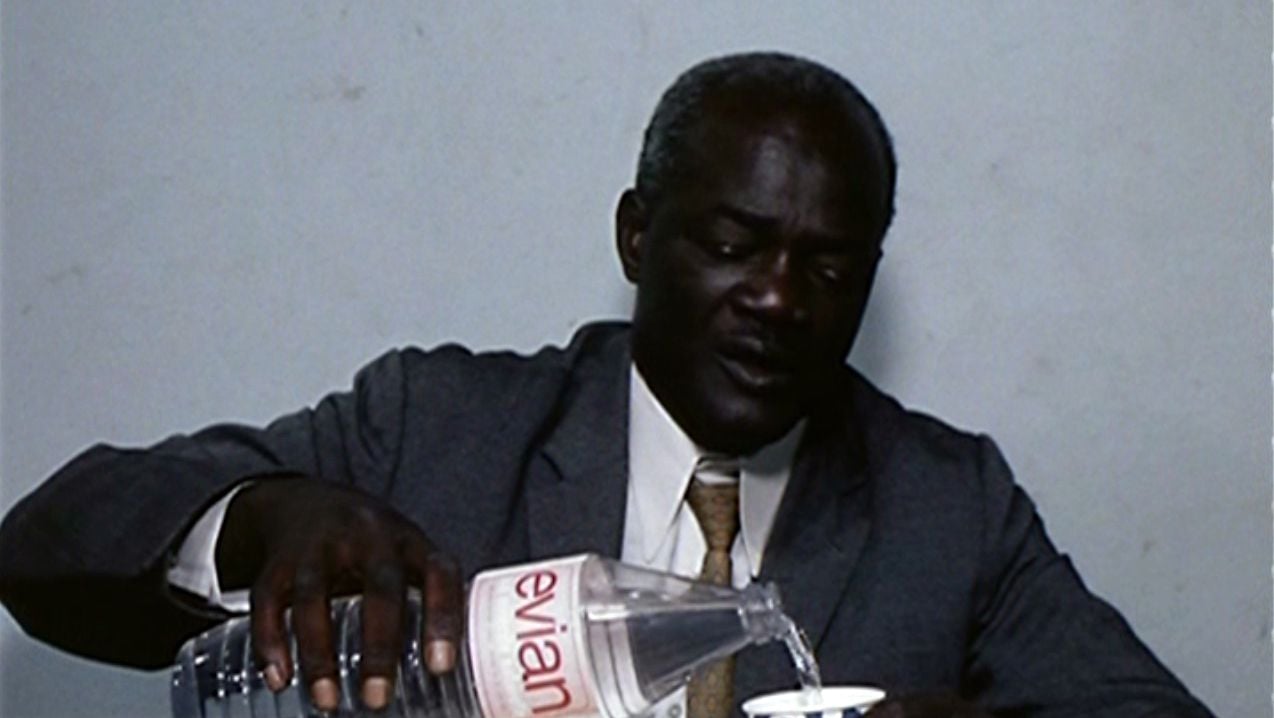 Widely regarded as Ousmane Sembène’s finest achievement, Xala is a cutting morality tale that equally blames the corruption of Senegal’s sociopolitical environment on Euro-centricity and African auto-destruction. In the country’s capital city, a group of black individuals attain political power via an absurdist coup and Sembène observes the corruptive effects this sudden shift of power has on the community. Though these men have regained control of a government that belongs to their people, they are oblivious to the responsibility that comes with this power. Sadly, their intents are entirely self-serving. Minister Kebe (Makhouredia Gueye) runs a food corporation but spends more time tending to personal affairs. Polygamy is de riguer here, and though Kebe’s two wives play nice when their husband marries a woman young enough to be his daughter, Sembène is mindful of what the women of Senegal must endure; a lifetime of hurt and resentment is unmistakably carved into their weathered faces. On his wedding night, Kebe prepares to have sex with his new bride only to discover that he has been cursed with the xala. Kebe fancies himself a modern man: He demands that everyone speak French in his presence and brags about the bottled water he imports from European countries. In effect, his sexual impotence comes to represent his failure as a responsible citizen. Kebe visits and revisits a witch doctor with the hope of eradicating himself of his impotence. Although Kebe manages to regain his manhood, the curse returns when he fails to pay the witch doctor. During the film’s devastating final scene, a group of undesirables spit their message of moral outrage. It’s a startling reversal of power (heightened by the chilling use of native chants) that further emphasizes Kebe’s symbolic impotence. You’d be hard pressed to find a filmmaker this critical of the political powers-that-be that threaten their fellow people’s livelihoods.

Review: In the Mood for Love