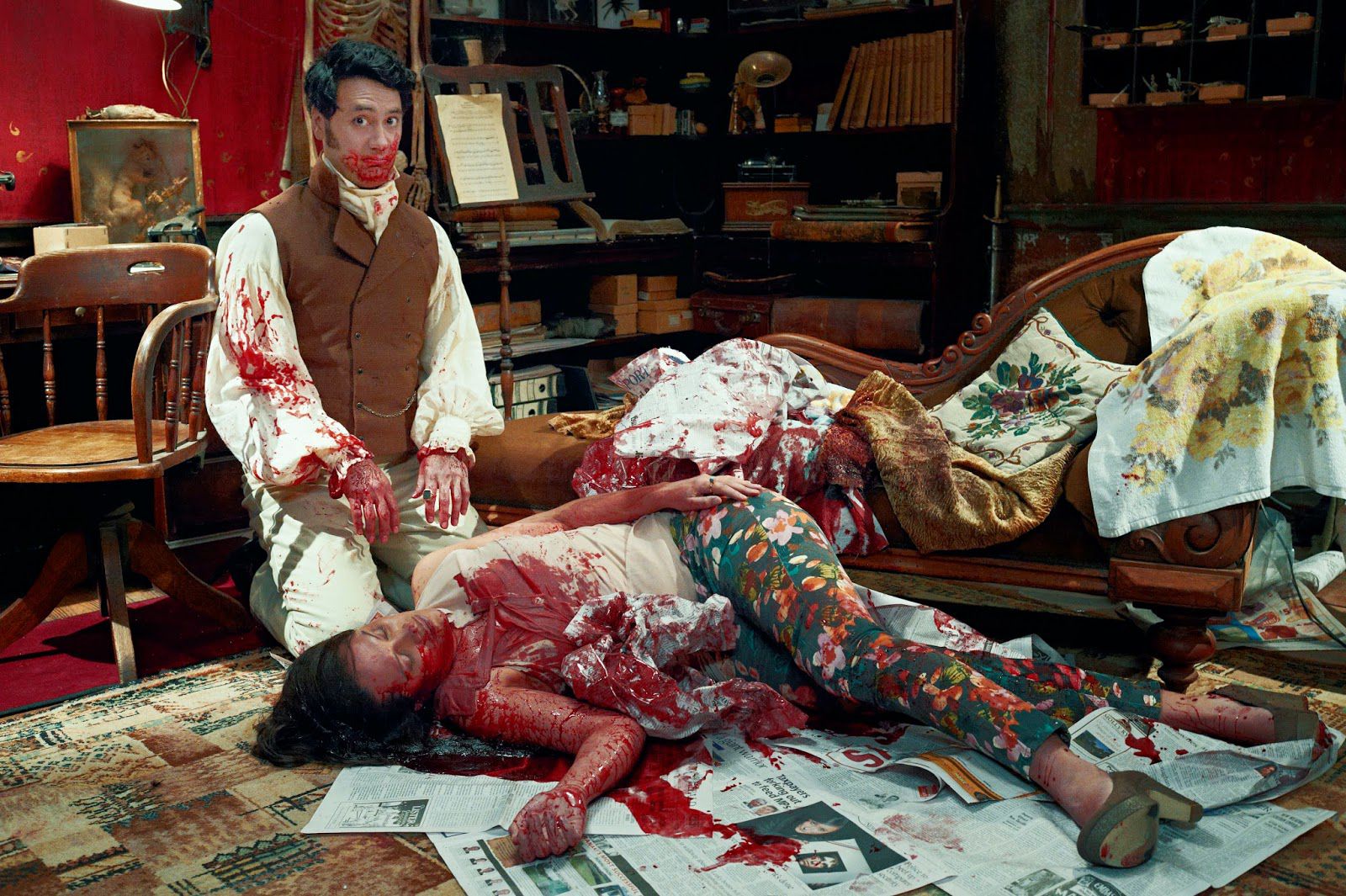 While parodies and spoofs have a long cinematic history, rarely do such works possess the narrative cohesion and emotional integrity of Jemaine Clement and Taika Waititi’s literate and well-observed vampire mockumentary What We Do in the Shadows. Following a group of vampires “flatting” together in modern-day Wellington, the film gives each character a detailed backstory that explains their distinct behavioral patterns, making their plights and perspectives surprisingly relatable to mere mortals like us.

Speaking directly to the camera, Viago (Taika Waititi) serves as our guide, explaining that, whereas most vampires like to live alone in creepy old-world castles, others like to flat together in remote countries like New Zealand. While this living arrangement makes it easier to bear the crushing loneliness of eternal life, it occasionally gives rise to some awkward tension. For example, as an 18th-century dandy, Viago often nags his roommates about cleaning up after themselves, asking them to put down towels around their intended victims and sweep up their carcasses with a broom afterward. Vladislav (Clement), a medieval count known as the Poker for his sexual/torture techniques, doesn’t mind so much, but Deacon (Jonathan Brugh), a 19th-century peasant and “bad boy” of the group, is shown grudgingly muttering to himself while washing five years’ worth of bloody dishes after a particularly tense flat meeting. The final flatmate is “our sweet Petyr” (Ben Fransham), as Viago calls him, a truly terrifying Nosferatu-esque 8,000-year-old vampire who lives in the basement in a sea of spinal columns and rooster feathers, rarely attending flat meetings.

The film sympathetically renders the small humiliations and inconveniences of life as an old-world vampire struggling with modernity, creating an aura of pathos around these malevolent misfits. Since they must be invited by humans to enter their dwellings, they rarely get into the best bars and nightclubs, often settling for the one vampire bar in town, which is usually dead in every sense of the word. With their waning mystical and sexual appeal in a rapidly changing world, Viago and friends are experiencing something of a midlife crisis. But when they turn popular young Nick (Cori Gonzalez-Macuer) into a vampire, everything changes. After some painful adjustments on both sides, Nick brings a new sense of youth and vitality into their lives, getting them into the hottest nightclubs in town. More importantly, Nick’s mortal friend, Stu (Stuart Rutherford), who works in IT, familiarizes them with all of the latest technological innovations, giving them a new sense of confidence and freedom. Viago gets back in touch his old “familiar” in Germany via video chat, while Vladislav is rejuvenated by the various evil activities enabled by the Internet, spending hours poking people on Facebook and doing his “dark bidding” on eBay.

As we watch the vampires make new friends and become reacquainted with old lovers, the film reveals itself to be a thoughtful and moving treatise on aging gracefully. Confronted with endless cycles of loss and regret, the vampires avoid melancholy by embracing the inexhaustible possibilities of love and friendship that life offers to even its unholiest creations. They reignite old flames with former lovers parted by time and distance and surmount an age-old enmity with their erstwhile enemies, the werewolves (“not swear-wolves”), showing that aging need not be a process of decay and grief, but rather one of discovery and growth. As with Clement’s television series Flight of the Conchords, the film’s deadpan comedy and subtle irony is strengthened by its sincere exploration of the difficulties and value of friendship. And like that series, the film understands the importance of pop culture as a model of personal behavior. These “real” vampires consciously model themselves on fictional movie vampires, satirizing the anxiety of influence that permeates our social media-dominated cultural landscape. By embracing a parodic self-fashioning based on films like Blade, Nosferatu, The Lost Boys, and Twilight, these vampires reveal how mainstream cinema’s cultural hegemony need not be an instrument of aesthetic oppression, but can instead be one of productive self-creation.