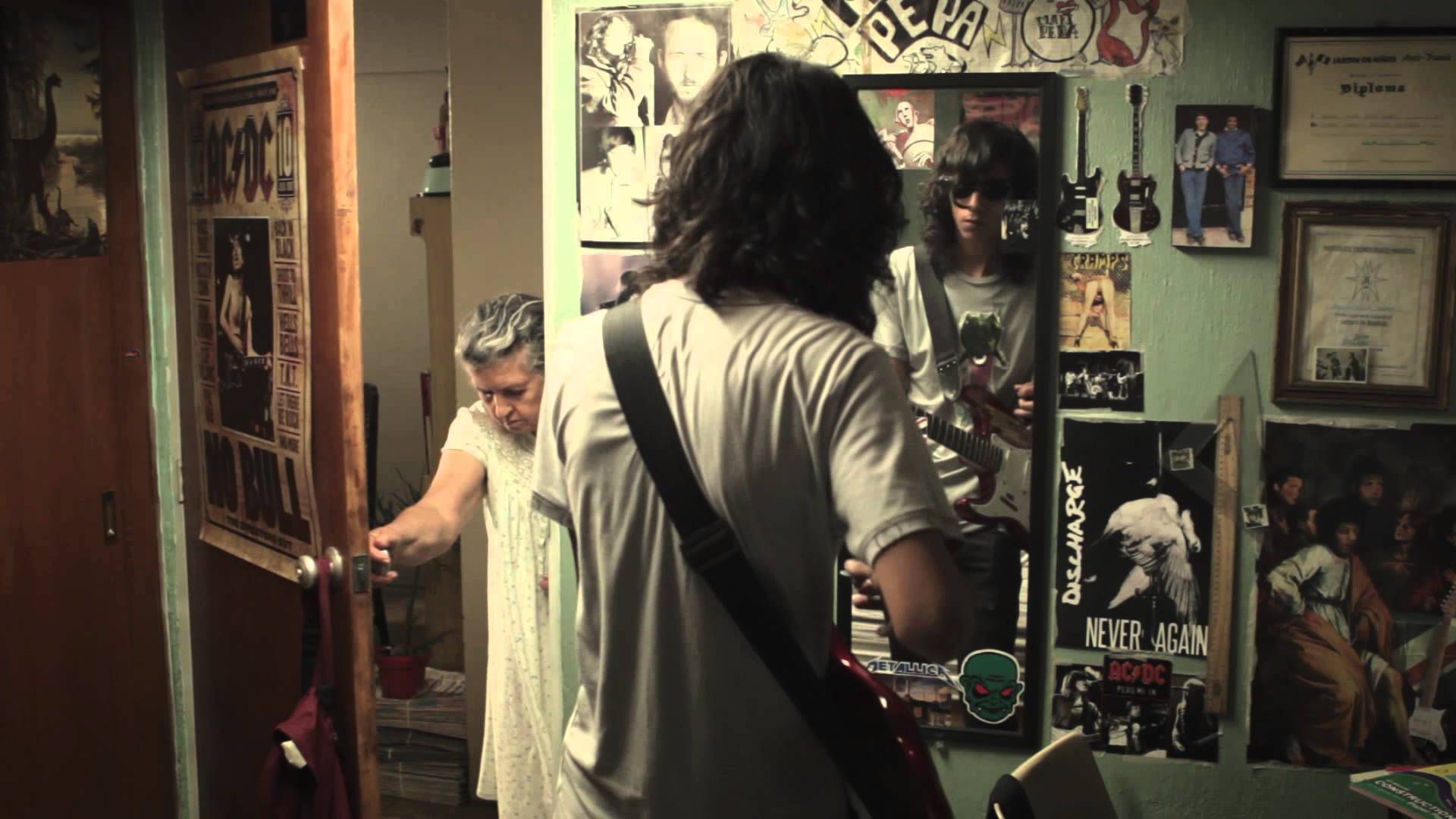 Although it shares a similar title and narrative with Lukas Moodysson’s We Are the Best, We Are Mari Pepa is a slower, more contemplative take on a young, aspiring punk rock band, here following Guadalajara teenager Alex (Alejandro Gallardo) and his bandmates, whose musical pursuits double for coming-of-age angst, which includes losing their virginity, finding a job, and dealing with familial generation gaps. Writer-director Samuel Kishi’s debut feature blends nostalgic, autobiographical narrative inclinations with contemporary visual markers by vacillating between smartphone footage and more stable surveying takes, enabling a simultaneous sense of sentimentality and urgency, which works with varying success.

The film’s strongest scenes involve Alex’s relationship with his grandmother, though the two rarely speak. When Alex plays his music too loudly, she gives him a loving glare, then shuts his bedroom door. Instead of offering this dynamic through dialogue, Kishi uses mise-en-scéne to explain the divide, such as close-ups of canned goods in the grandmother’s pantry or the innumerous posters peppering Alex’s room. Kishi also has a way with navigating youthful sexual desire; when Alex receives a porno version of The Little Mermaid from a friend, it nicely encapsulates the cultural exploitation of that arduous gap between adolescence and adulthood. But Kishi is concerned by more than simply sexual awakening; in a shot that explicitly recalls a scene from Ermanno Olmi’s Il Posto, Alex waits for a job interview with people of wildly varying ages, intimating an economic crisis that, much like the boys’ musical assertions of hard-edged masculinity, speaks to deeper issues lingering beneath the film’s outward dealings. Likewise, when the boys kill time on a sidewalk in front of a fence with a sign reading “predio en proceso de embargo,” it’s a forceful moment of clarity in Kishi articulating the inextricable influences of geographic tumult on personal identity.

If We Are Mari Pepa plays perceptive and even-keeled in these various scenes, it’s less the case when Kishi resorts to more sentimental tactics, such as a montage featuring hollowed-out stores and a stray dog, with a musical accompaniment and style that would be right at home in something like Friday Night Lights. The same could be said for a brief party scene in which Alex gets asked by a drunken twentysomething, “So, you an emo or what the fuck?” These inclusions suggest piecemeal filmmaking, stitched together from recollections of a time past, rather than generating and maintaining a fluid articulation of the values endemic to punk music’s individual-versus-system ethos, that are so aptly gestured toward in other moments. Nevertheless, the film finally works because of its multitudinous interests in adolescent shell-shock, where paralysis and uncertainty can only be momentarily assuaged through gendered outrage, no better epitomized than by the band’s favorite song, in which the refrain is: “I want to cum in your face, Natasha.”