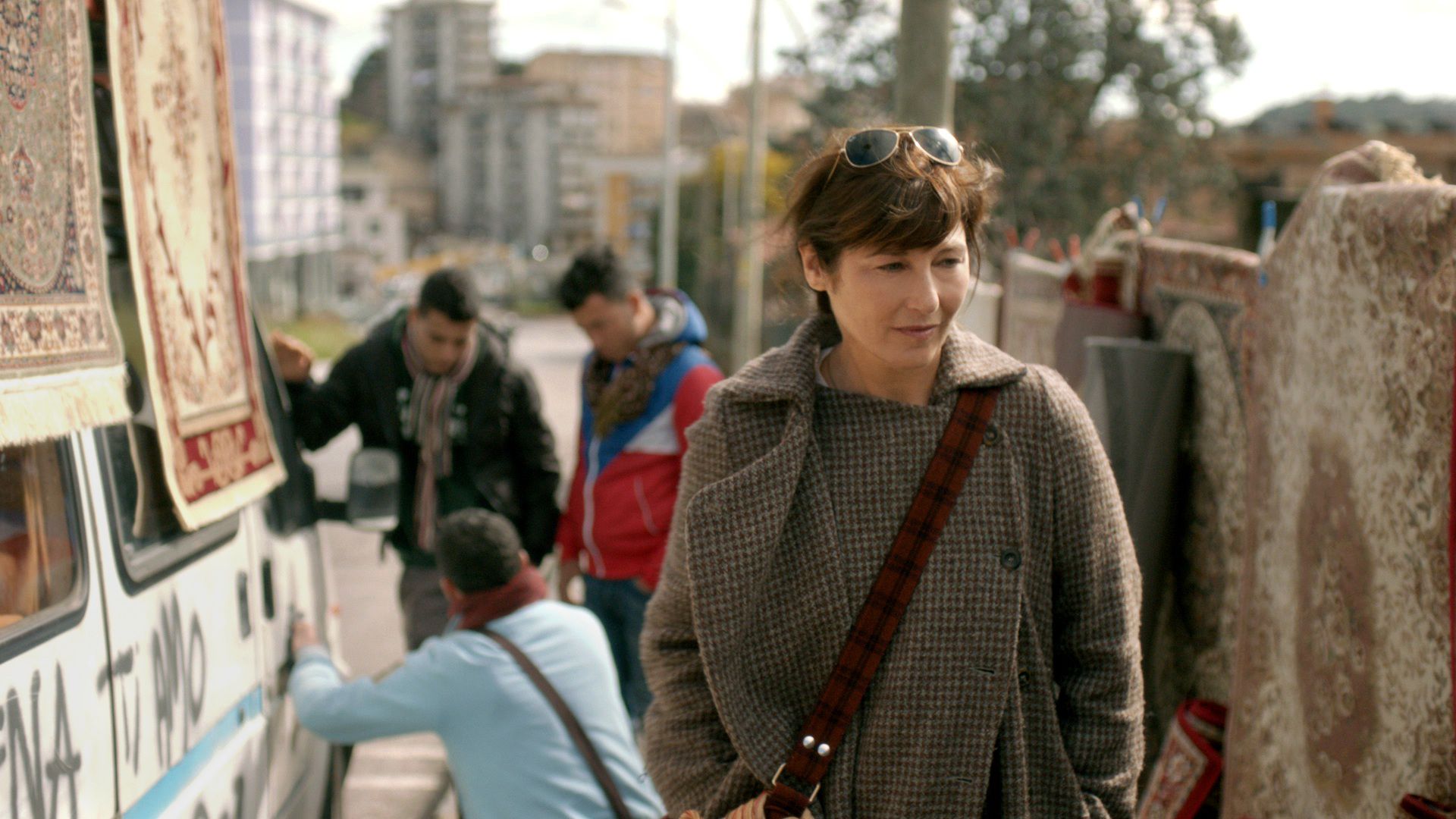 War Story is a largely taciturn affair, following Lee (Catherine Keener) in a mock-Dardenneian fashion as she holes up in Sicily after being taken hostage in Libya. Lee’s a war-zone photographer, whose kidnapping came at the hands of Libyan nationals, though director Mark Jackson shuns such clear-cut exposition in the film’s first half in favor of lingering on Lee as she wanders around a Sicilian hotel. She encounters a couple having sex in a room down the hall, pausing to hear the carnal pleasure that seems so distant from her grasp. She tells the maid innumerous times not to clean her room, but a language barrier keeps the specificities of the request at arms length. Jackson shoots several of these early sequences with impressively mobile long takes, yet they remain unclear regarding Lee’s PTSD ennui and how it relates to any larger purpose beyond the suffocating silences permeating her psyche.

That relevance, as scripted by Jackson and Kristen Gore, is revealed in the film’s second half as a white-person-savior narrative in which Lee tries to help a Tunisian migrant, Hafsia (Hafsia Herzi), get an abortion and seek safe passage to France. Hafsia apparently bears a striking resemblance to a woman Lee photographed in Libya, though Jackson never plays up the doppleganger possibilities to any effect other than to motivate Lee out of her languorous ways.

That’s largely because Jackson appears driven by camera angles and slow-cinema pretentions. When Lee seeks out her former lover, Albert (Ben Kingsley), their initial encounter is shot with an extreme high angle, at such a distance as to obscure their bodies and faces. Later, Jackson films a subsequent conversation in rather typical shot/reverse-shot. The motivations for these varied gestures find no footing in the narrative, which grows progressively tiresome as it becomes clear that Jackson has only sporadic interest in thematic textures. When locals tell Lee “no photo” and threaten to confiscate her camera, it’s one of the film’s few moments of actual conflict, since it parallels Lee’s interactions with the hotel maid. Broken language equals broken minds in Jackson’s environment, yet these potentials are ultimately neglected in favor of more aimlessness. Likewise, the perpetual ringing of Lee’s hotel phone promises a kind of aural conflict that finds no discernible resolution aside from the sexual moans of her neighbors.

War Story benefits from strong turns by Keener and Kingsley, but Jackson’s direction strips much of the agency from any character’s grasp by insisting that their dilemmas can only be revealed with stone-faced austerity. Instead of generating urgency or empathy, these choices ultimately foster disingenuously pummeling effects, as the characters slumber along to their inevitably irresolute ends.