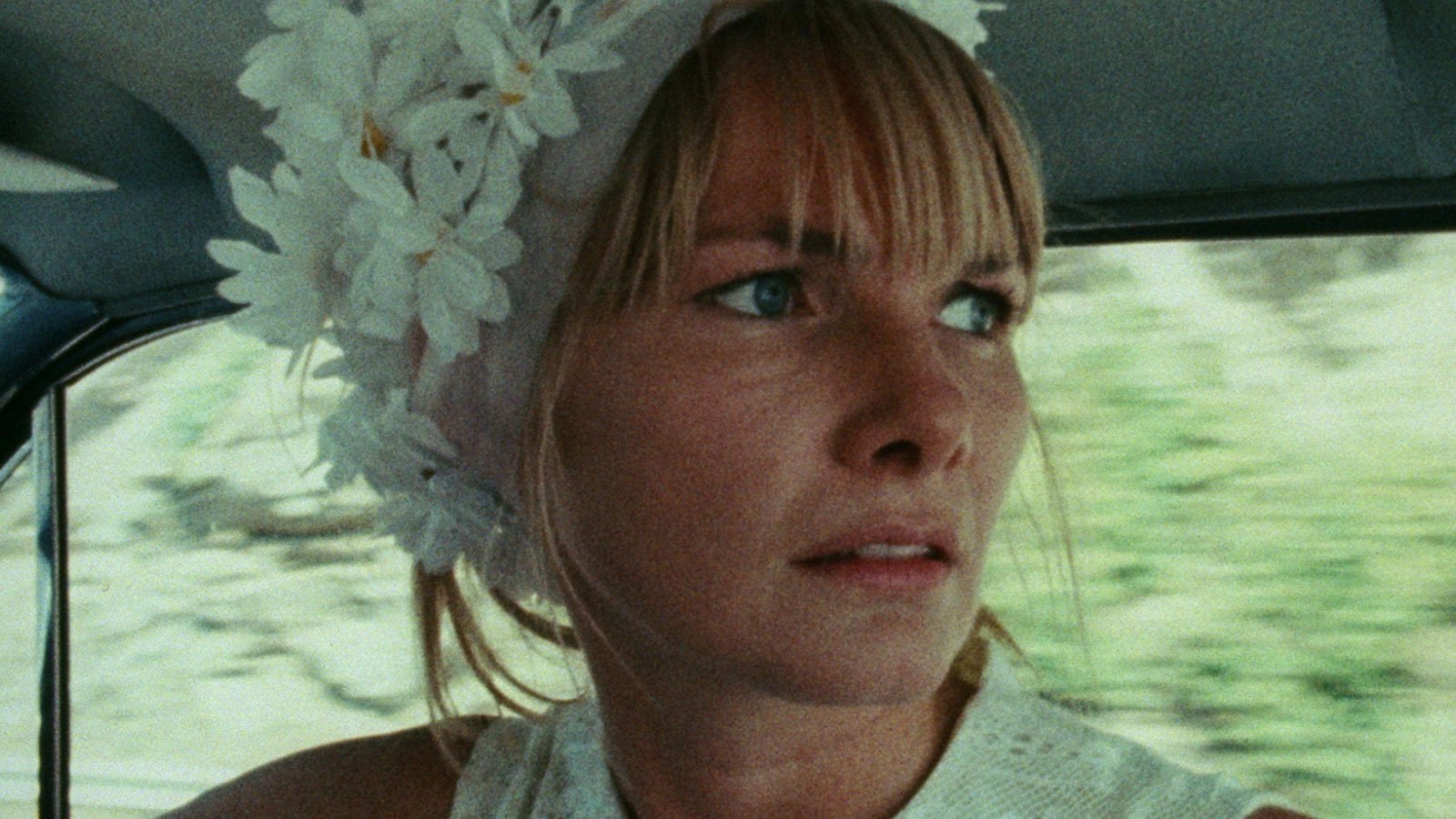 In Wanda’s first few minutes, writer-director-actor Barbara Loden renders the heart of America’s coal country with an empathetic scope that’s unrivaled in our country’s narrative cinema. It’s not Loden’s attention to misery—the wasteland of the gravel pits, the dirty dishes and Coke and beer bottles littered about indifferently, the altogether cramped and dingy homes—that distinguishes her vision, but her sense of the beauty that crops up even in lives of hardship. This film has a wonderful, hard-won sense of everyday rapture.

Before Loden cuts to a screaming child—the sort of image that’s common to earnest films geared toward bringing about social reform—the filmmaker lingers on a shot of an elderly woman looking out a window as the sun shines in and casts her in heavenly light. Such a grace note suggests the possibility of refuge in this world, illustrating the thoroughness and breadth of Loden’s curiosity. Quickly afterward, in a heartbreakingly brief and casual interlude, Loden lingers on a woman (Dorothy Shupenes) getting out of bed and sighing before addressing the screaming child, steeling herself for the day.

Those who know nothing about Loden’s film may assume that this woman is Wanda, and as such our protagonist, but she’s really Wanda’s sister. Wanda (Loden) is revealed soon enough, crashed out on her sister’s couch, her presence causing problems between the sister and the latter’s husband (Peter Shupenes), who storms out without taking his coffee. Wanda, a lost soul, doesn’t seem to belong to the world of the Pennsylvania coal mines as intently as her sister does, and her sense of misplacement mirrors our own. This isn’t to say that Loden telegraphs or “indicates” in the manner of an actor who might be touring America’s un-prosperous nooks and crannies for an Oscar. When Loden telegraphs, it’s always in character.

Often, Wanda arises from her sister’s couch, or a motel bed she just shared with a stranger who picked up her tab the night before, and holds her head in a universal sign of a godawful hangover. For Wanda, such a gesture is a cry for help—a break from her pervading insularity and illusiveness, which Loden renders with a committed and poignant airiness. Loden’s performance is a prodigious and ecstatic blend of naturalism and expressionism.

The film’s first act establishes Wanda’s aimless routine with merciless and detailed precision. We learn that she abandoned her family and can’t be bothered to fight for custody of her kids. In a court hearing, Loden allows us to see something that the other characters can’t or won’t recognize: that Wanda is unbearably depressed almost to the point of muteness. Wanda tries to get her job at a dress manufacturer back, but is told she’s too slow right after she’s informed that taxes get roughly 65 percent of what she was already owed. All that seems to remain for her are the bars and the one-night stands, which Loden renders with a sensitivity that’s as keen and insightful as the scenes set in Wanda’s sister’s house. Men call Wanda “tootsie” and “blondie” and treat her with unveiled contempt, regarding her as a nuisance, a drunk, and a whore. Such moments acutely allow one to sense the discomfort of a woman who’s subjected endlessly to unfeeling male scrutiny, recalling the similarly visceral films of Ida Lupino.

Just as the viewer settles in for the ride, perhaps presuming Wanda to be composed entirely of a drunk’s hopeless grasps for communion, Loden springs a conceit that’s daring in this context, threatening the stability of her closely observed character study. Wandering into one of her regular bars to clean up as best she can in the bathroom, she meets Norman Dennis (Michael Higgins), a bartender who’s actually a criminal holding up the joint.

As Norman, Higgins disrupts the film’s tender, depressive rhythms. Wanda is a modern portrait of a woman who’s subjecting herself to primordial sexism, while Norman, whom Wanda always calls “Mr. Dennis,” is a pointedly retro throwback to the male criminals of 1940s-era American cinema. Curt and squarely bespectacled, with a mustache that adds at least 10 years to his appearance, Norman is weirdly commanding in his confidence in his own skin, in the intensity of his conviction in his own old-fogey-ness.

Wanda goes on the road with Norman and the two become lovers on a crime spree in a trope that’s nearly as old as the movies, as if Wanda’s life became so untenable that a divine presence offered her an escape hatch through the rituals of genre cinema. In certain fashions, Norman is no less condescending to Wanda than anyone else, though there’s an unusual respect evident in his refusal to flatter her. He often prefaces his orders with “when you’re with me,” and the implication of this line is obvious: that she can either take it or leave it. Norman isn’t born of any fashionable act of man-hating, as we’re allowed to see his own misery—his inability to receive love. Comically and tragically, he tells Wanda that he doesn’t like “friendly” types as she caresses him after they have sex.

Loden also uncomfortably shows how Norman’s dictatorial ways fulfill Wanda. Norman asks her to dress differently, more like a woman before women’s liberation, and she looks happier and more comfortable in her skin. Loden understands that gender relationships can’t be reduced to think pieces and anal-retentive tabulations of how often women discuss men, as there are yearnings, pounded into us from cultural regiments, that seek expression whether or not they’re reputable. Wanda has wanted a Norman Dennis to come into her life and take control and give her function and meaning. Is this relationship a product of a kind of desperate Stockholm syndrome? Emotionally, this distinction almost seems beside the point.

Opposite Higgins, the carefully sustained flakiness of Loden’s performance becomes funny in a fashion that complicates its pathos. And this ironic flowering softens our guard for the hammer that falls in the third act, when the genre fantasy collapses and Wanda returns to the bars and the motels, alone among a crowd, searching for another qualified Prince Charming, settling for a beer, a smoke, a hot dog, and another night she won’t remember.

Review: Far from the Tree