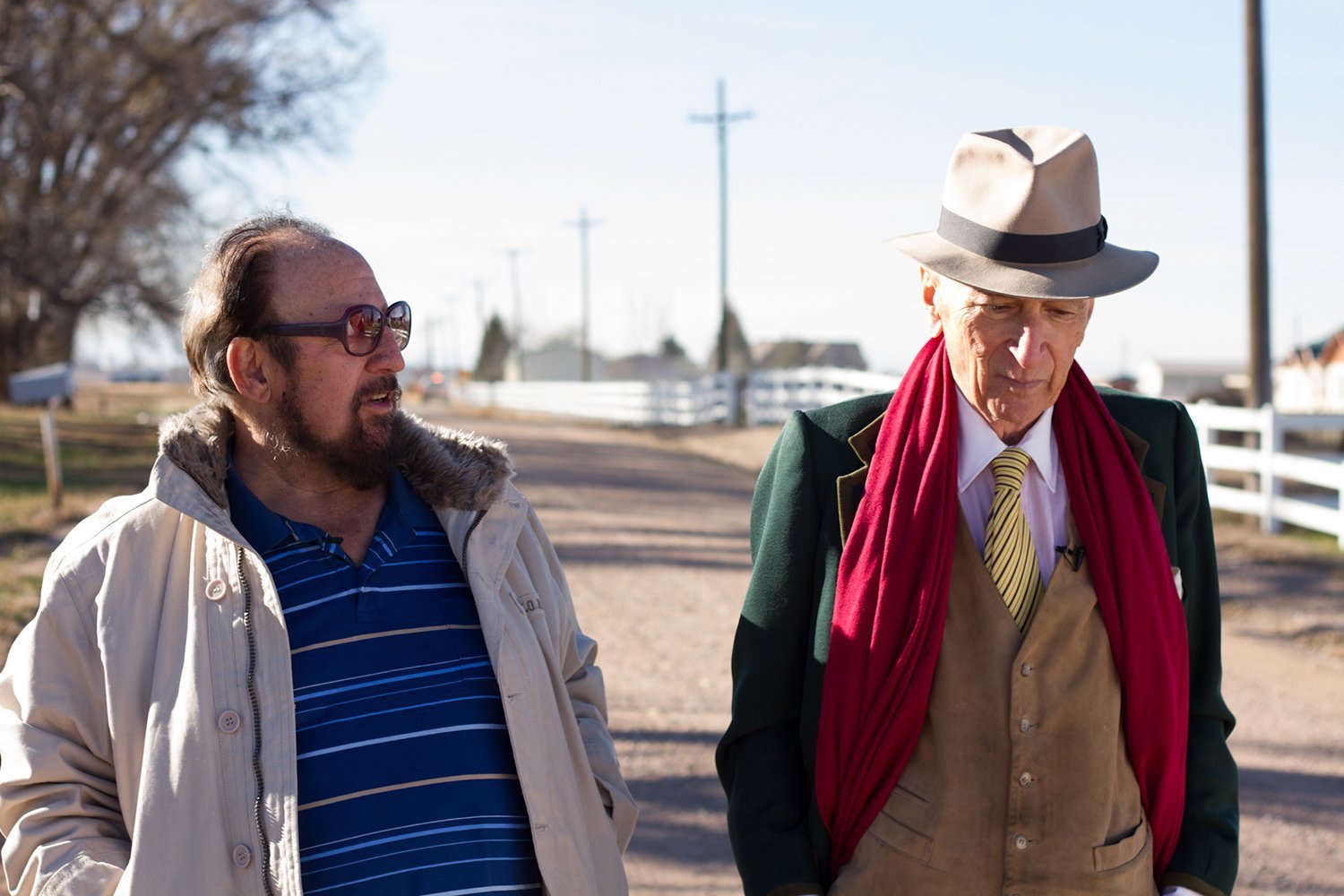 Living out his twilight years in the same tailored suits that have made his name shorthand for a self-satisfied strain of New York media elite, Gay Talese writes in the basement of his Manhattan brownstone, a wine cellar converted into a monument to his legacy. His shelves are lined with his own books, old appointment books are filed away in cabinets, and bundles of research and archival materials (surely awaiting a home in a university library) sit in boxes decorated with the types of collages that schoolgirls pin on their walls.

In the documentary Voyeur, Talese’s reputation as the writer of the canonical “Frank Sinatra Has a Cold” doesn’t precede him so much as it looms over him, threatening to render him an artifact. Loyal New Yorker readers will be familiar with the story, which concerns Talese’s decades-long relationship with Gerald Foos, an otherwise unremarkable Coloradan who shares with Talese both a lust for attention and a defiantly adolescent fascination with sex. Foos first wrote Talese in 1980 with a confession, claiming he’d spent about a dozen years spying on and documenting the sexual exploits of the guests at a motel he owned. Talese visited the motel, joining Foos on his attic “observation deck,” but Foos—worried about the legal ramifications of his spying—didn’t relent to having his name attached to the story until recently.

Directors Myles Kane and Josh Koury follow both men through the months when Talese put the finishing touches on his 2016 book The Voyeur’s Motel, most notably the period where an excerpt of the writer’s single-sourced account was being scrutinized by the New Yorker’s fact-checking department. Readers of that lengthy feature will find little of artistic interest in what largely amounts to a summary of Talese’s project and its brief flickering of media controversy: Joel Goodman’s soundtrack seesaws between riffing on Thom Yorke’s piano themes and Philip Glass’s scores for Errol Morris; ugly, irksomely jostling camerawork peers at Talese through shelves; a miniature recreation of Foos’s motel conjures the voyeur’s inflated sense of power.

The power dynamics innate in the relationship between a famous reporter and a willfully anonymous businessman and collector are evident throughout the documentary—Foos and his wife dress to impress Talese, at the writer’s request—but Voyeur has little to say about its subject, taking most of Foos’s lonely and juvenile statements about the pleasures of looking at face value. (The film ends with a few insipid who’s-watching-the-watchers meta-observations.) Given the trajectory of the story, it’s a frustrating decision, rendering Foos less a tragic or pathetic figure than a valuable curiosity.

At least Voyeur is forthright in depicting Talese as a lazy and at times disinterested journalist, using his subject in much the same way as Kane and Koury do. It’s hard to come away from the film feeling anything but disdain and a twinge of embarrassment toward Talese, who’s more concerned with surviving a magazine’s fact-checking process than confirming the veracity of his book. Scenes of Talese meeting with his editors and eagerly opening his New Yorker feature are full of cringe-worthy supplicancy and self-regard, and a poorly conceived but memorably prickly final interview between Talese and Foos recasts the film as a bizarre showcase for deflated, insecure male egos.

Review: The Tribes of Palos Verdes