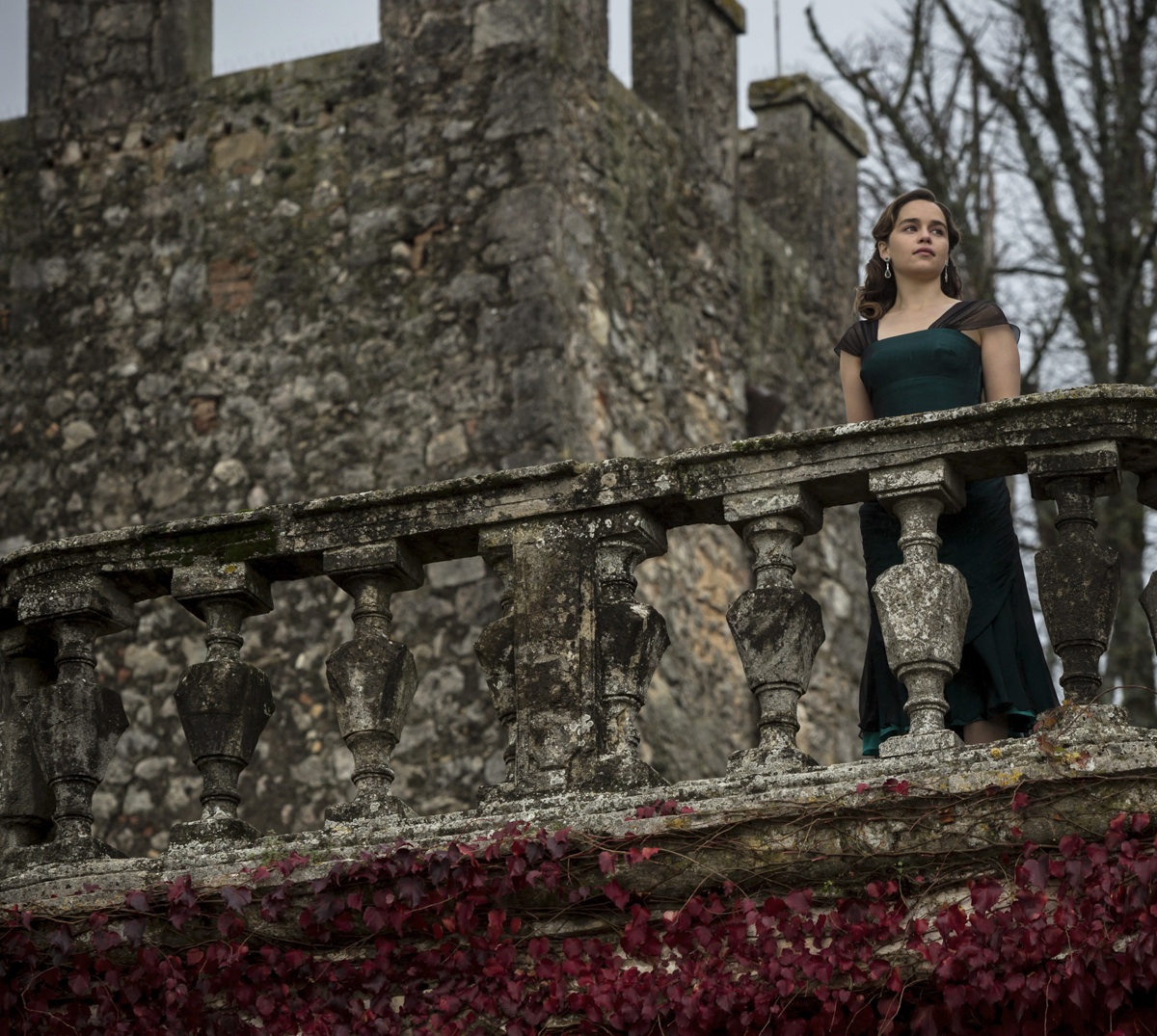 Grief takes on many forms, often revealing itself through sorrow, anger, withdrawal, or regret. But in none of its manifestations is it as tidy and meticulously arranged as in Eric D. Howell’s Voice from the Stone. The film spends such an inordinate amount of time wrapping up the grief of a child who’s lost his mother in stylistic window dressing and inchoate narrative conceits that it loses all sense of emotional immediacy and compassion for those effected by grief. The overly ornate visual flourishes, mannered performances, and deliberate, plodding pacing consistently undermine the thorny realities of the characters’ emotional turmoil and ultimately impede the film’s ability to plumb the depths of anything other than its own half-baked mythology about the mysterious power of stone from the local quarry.

Following the death of his mother, Malvina (Caterina Murino), nine-year-old Jakob (Edward Georg Dring) awaits the arrival of another woman who, according to the family’s lore, will serve as his new maternal figure. After Jakob goes seven months without uttering a word, Verena (Emilia Clarke), a renowned children’s nurse, arrives at the family’s Tuscan castle to help the boy cope with his loss. Despite not being informed by Jakob’s father, Klaus (Marton Csokas), that Jakob believes his mother speaks to him through the stone in the manse’s walls, Verena devises a number of approaches to prove to the child that the voice he hears is all in his head.

From here, Voice from the Stone begins to increasingly riff on Hitchcock’s Rebecca, which also focuses on the inextricable pull between the past of a large estate and the people living there in the present, but the film fails to adequately develop more than the vaguest conception of the potentially mystical powers that lie within the house and the stone from which it’s built. As Verena’s decisions seem to vacillate between being self-informed and driven by outside forces, she abruptly transitions from a well-mannered nurse to an impulsive woman willing to pose nude while Klaus sketches and sculpts her. Klaus’s passion is explained by his sudden realization that Verena resembles Malvina, but Verena’s impulsiveness is virtually inexplicable as there was previously no sexual tension or chemistry between the two characters. The context-free affair functions purely as a narrative conceit: to initiate Verena’s direct experiencing of the stone’s mysterious power, and confirming, for her, that Jakob was being truthful all along.

While Verena’s actions from this point on are increasingly linked to the power of the stone, the nature of the connection between the two remains muddled and unclear. The film begins to hastily transform in its third act from staid period piece to Gothic-horror freak-out, and in the process further obscures the mythology it’s established. Rather than arising from a carefully constructed framework built within the film’s narrative, this late shift feels unearned and slapdash rather than an organic extension of the film to that point. But very little here feels carefully developed in the first place. From its paper-thin and bewildering characterizations to the various ill-conceived directions that its narrative takes, Voice from the Stone is a dramatically inert slog that leans much too heavily on its sense of atmosphere while never taking the time to examine any of the intricacies that lie within its slipshod narrative. You can’t squeeze blood out of stone, but unfortunately, this film can’t squeeze much drama out of one either.