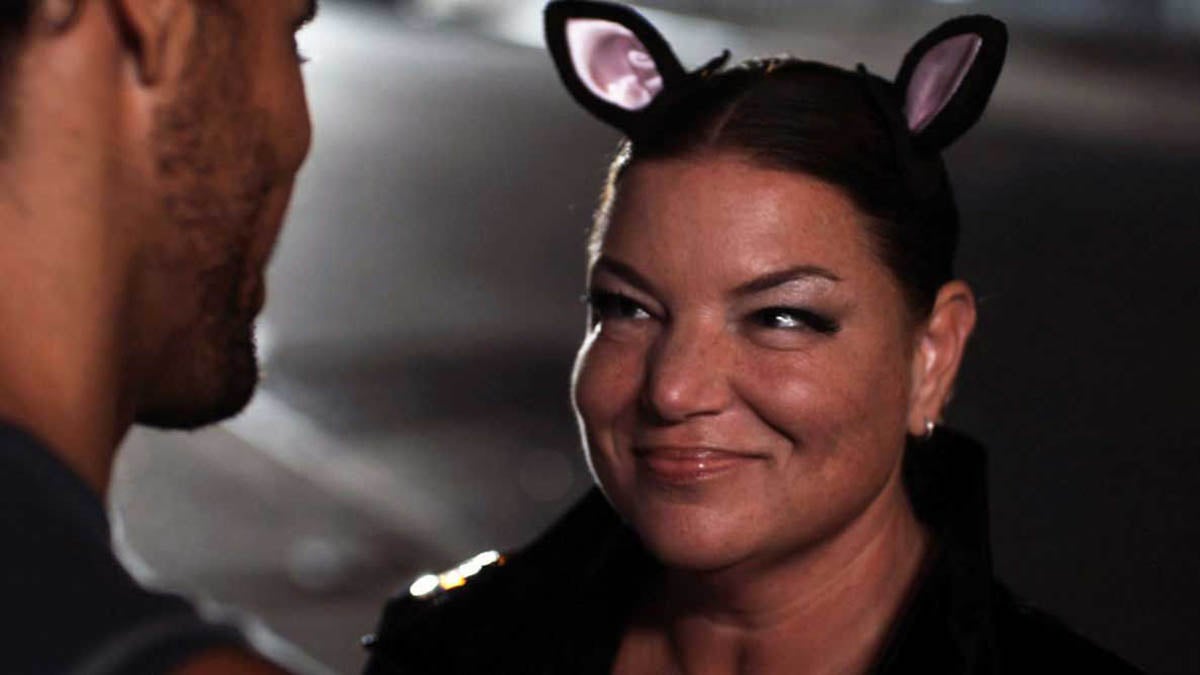 When did indie comedy become so anti-populist? There’s no significant difference between the taxonomy of bourgeoisie growing pains lifelessly organized by Josh Radnor’s recent debut, happythankyoumoreplease, and the early-30s angst that informs the queer relationship drama of Casper Andreas’s Violet Tendencies. In both, we’re asked to accept individuals of varying pulchritude as surrogates for our own adult self-empowerment, even as they define maturity with insularly impractical rites of passage. Monogamy and parenthood are coveted boons and, narratively, evidence of character growth; mute children are, somewhat coincidentally, plot devices that reveal the stubbornly feckless to themselves; and New York is an oyster of amorousness, with gawky stumblings into dream partners a typical occurrence. Socioeconomic class is rarely a source of even invisible pressure.

Violet Tendencies’s primary storyline follows an aging fag hag, Violet (Mindy Cohn), who’s turning her back on her lisp-ridden, rainbow flag-unfurling companions in an effort to settle down with any open-minded gent who can see past a Cro-Magnon forehead and an ample FUPA (Fat Upper Pussy Area). But this hetero center doesn’t make the movie any less of a cliché-peddling gay amusement park in the same sense that happythankyoumoreplease amounted to twentysomething fantasy fulfillment: In the former, sculpted chests and jaw lines enjoy reckless, anonymous promiscuity with only a single warning against STDs, while in the latter one comes to age without reckoning with a dumper of an economy.

The fixation on beautiful, white-collar homosexuals—and their token ugly, straight friends—in Violet Tendencies would be less grating if the film’s surface egalitarianism wasn’t such an aggressive façade. Anal stimulation is, refreshingly, viewed as a pan-orientation delicacy, and there’s wiggle room within the mostly flamboyant cast for the confident gray area of bisexuality. But, predictably, the hetero men that Violet dates are appallingly bookish and squeamish; during missionary sex with one love interest, the adventurous Violet tries to reconfigure herself for doggy penetration but is halted and instead humped on to an ejaculatory chorus of “Have my babies!” Stale jabs at the fashion industry, in which Violet and her cohorts are employed, are governed by the same arbitrary morality; a female receptionist and ascetic wannabe model thinks twice before ingesting a carrot, and a co-worker later applauds her Pre-Raphaelite pallidness when finding her unconscious near a dumpster. Most camp appears to practice a kind of fascism of subversion, but the intermittent essays at reality checks here—such as one same-sex couple’s sobering journey to adoptive parenthood, or a perfunctory acknowledgment of another character’s HIV infection—juxtapose awkwardly with the rampant prude-hating and celebratory self-destructiveness.

Cohn’s performance provides believable romantic ambivalence, as well as cosmetic courage; beside bff’s like Zeus (Marcus Patrick) and Markus (director Andreas), Violet resembles the up-chucked contents of a man-eating bear’s gullet. But the looks-and-lifestyle-don’t-matter message that her hardship represents is dampened by the mocking of moldy stereotypes and an endless supply of second-rate dick jokes. (“I was cock-matized!” Luke pleads after confessing an infidelity.) By alternating between a false dichotomy of gay pseudo-bacchanalia and a supposedly transcendent sphere of emotional stability, Violet Tendencies betrays both its camp roots and its grown-up goals. Violet and Markus’s values turn out to be surprisingly conservative for sex-party hosts who force men to whip out their equipment before entering.