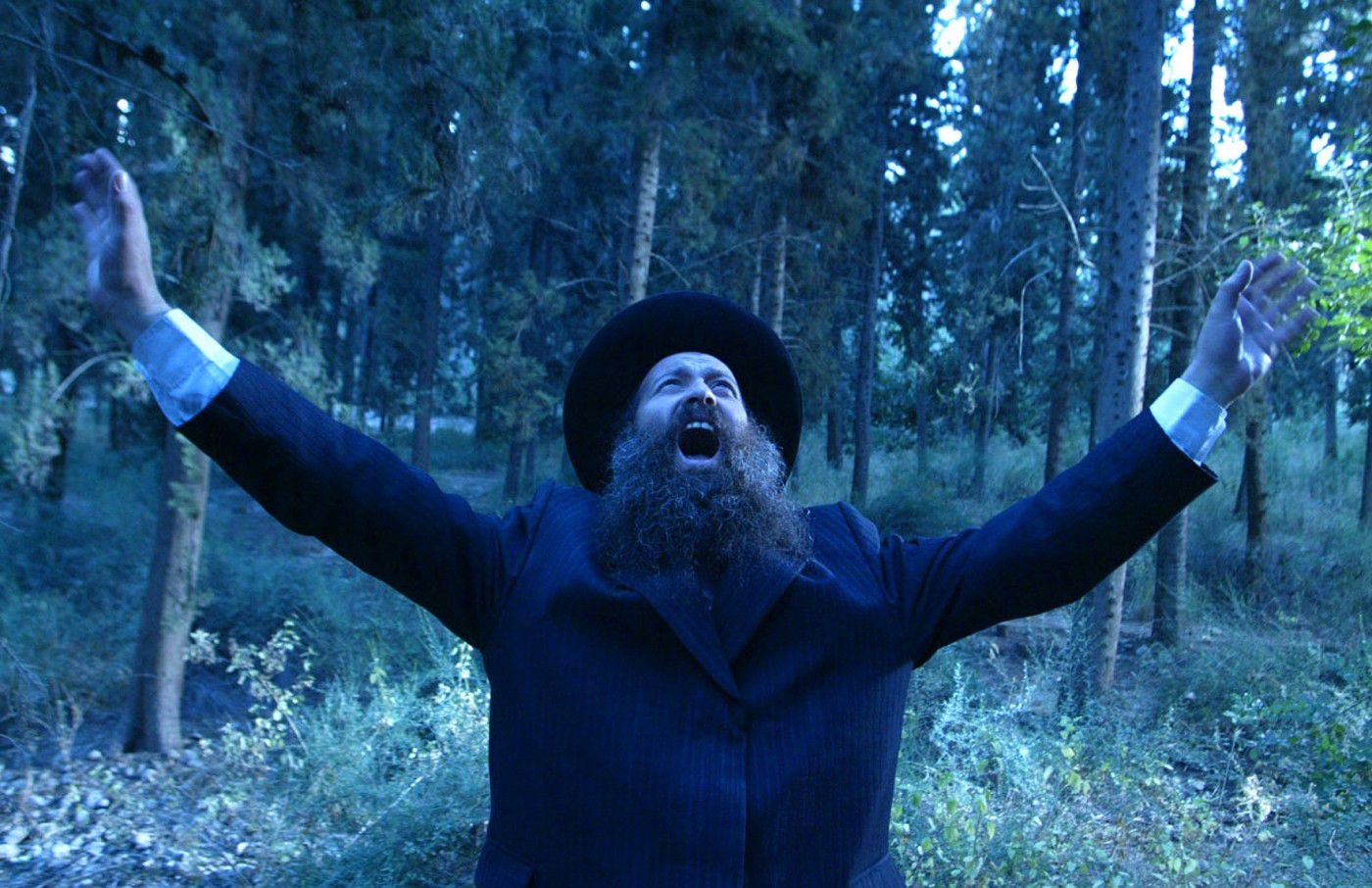 Pity that the story behind the making of Ushpizin is more interesting than the film itself. Theater actor Shuli Rand, who turned to Haredi Judaism several years ago, came to secular director Giddi Dar with a script about an ultra-Orthodox couple who host two escaped cons during Sukkot. Given the history of the project, one might expect a serious study of a volatile interzone where sacred and secular hearts and minds converge. Instead, the accessible but schematic Ushpizin is content coddling the insecurities of those who turn to God only during times of crisis. Moshe Bellanga (Rand) and his wife Malli (Michal Bat-Sheva Rand) are without money and guests for Sukkot, but after desperately praying to God they receive both. Eliyahu (Shaul Mizrahi) and Yosef (Ilan Ganani) blast in from Moshe’s past, arriving on his doorstep as if to test the man and his wife—from hosting a barbecue in their apartment complex’s courtyard to cutting up a very expensive citron Moshe buys in order to facilitate the conception of his first child. Playfully steeped in the details, rituals, and superstitions of ultra-Orthodox tradition, the film evokes a real sense of place, but the filmmakers fail to give Moshe and Malli’s dire financial situation a proper explanation or challenge their selfish religious devotion. The story’s more cartoonish elements and motivations are easily excused given its fable-like presentation, but if the filmmakers are testing Moshe and Malli, it’s not their faith in God they seem interested in so much as their anger management. For an inquisition of that kind of crisis, I know an Adam Sandler movie that does it better.