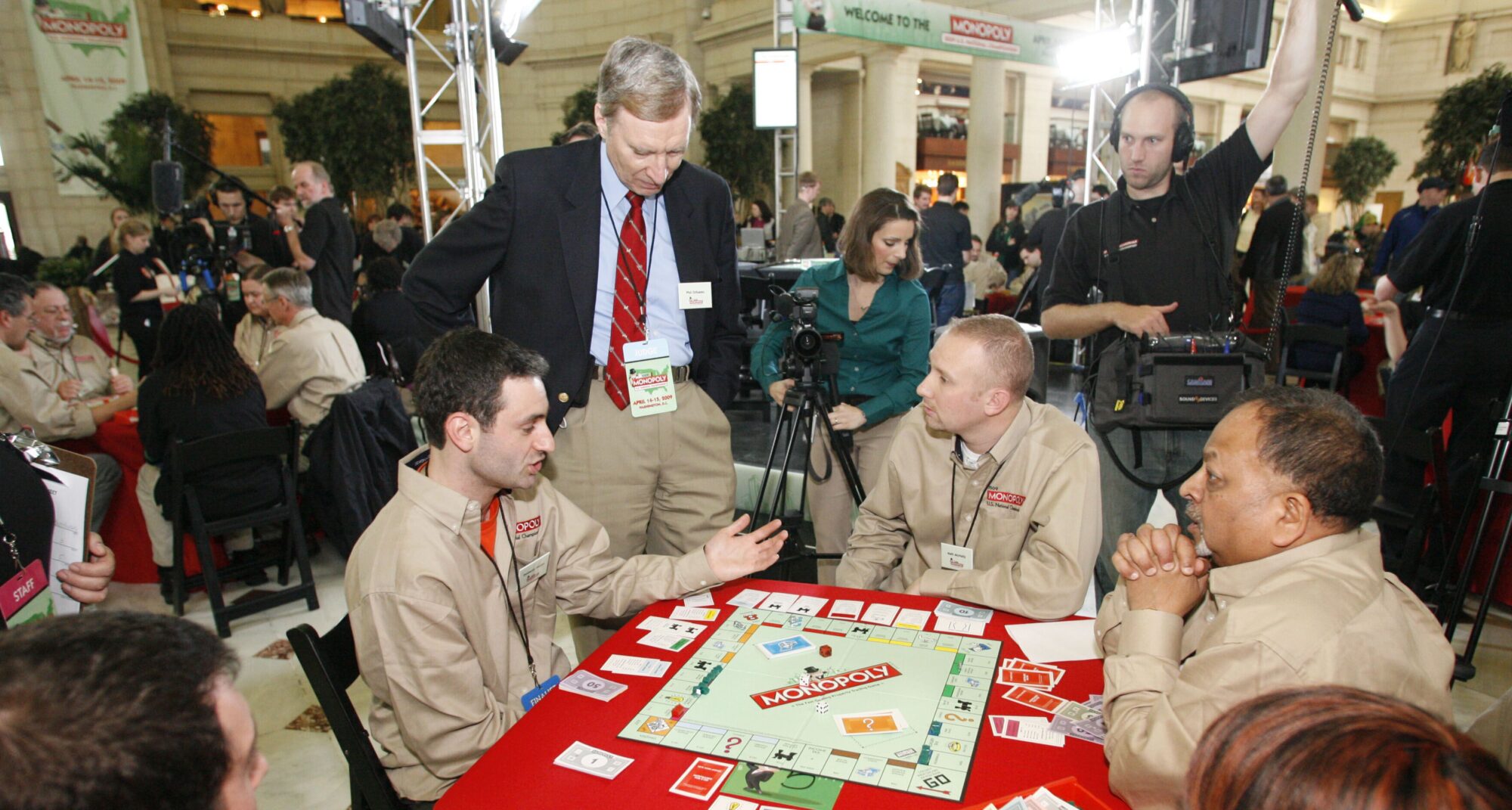 Under the Boardwalk: The Monopoly Story has a structure that will be familiar to anyone who’s watched any other documentary about folks preoccupied with somewhat fringe activities. Kevin Tostado’s film follows a traditionally diverse, motley group of competitors as they pursue the (apparently) coveted World Championship Monopoly Cup, an honor that nets the winner 20 grand in addition to a number of publicity opportunities. Tostado interviews a sampling of the most promising competitors—including, most memorably, a sixth-grade teacher who uses the iconic board game as a tool to teach math to his students—while occasionally flashing back to provide a general history of Monopoly’s development over the last 75 years.

Under the Boardwalk is fun but flimsy and forgettable, the sort of innocuous time-killer you might watch part of while flipping through channels late at night. And truthfully, I never expected much more, but the film occasionally flirts with subtext that could make for a fascinatingly offhand portrait of the relentlessly capitalist Unites States’ global influence. Monopoly, it turns out, was originally invented as a teaching tool during the early Depression that was meant to illustrate the perils of ungoverned business. That morale, of course, was quickly lost, as the most famous of all board games is generally accepted as a way to vicariously enjoy the sort of mercilessly consumptive greed that recently screwed our economy.

Tostado is clearly hip to this irony, just as he clearly understands that it says something amusing about the human race that a game allowing you to pretend to destroy your friends and family’s livelihood is easily the most popular game of all time, but he leaves the implications hanging. For once, I was watching a doc that I wish was directed by Michael Moore, as he might have turned what is—let’s face it— a relatively boring topic into some sort of crazed, free-associative fun-house essay.

Under the Boardwalk, though, is mostly about enjoyable factoids, such as the game’s startling usefulness during WWII, and picking a candidate to cheer as the film gradually builds to the climactic 2009 World Competition in Las Vegas. I was rooting for Tim Vandenberg, the aforementioned teacher, and I admittedly took particular pleasure in watching an elder blowhard, who clearly fancied himself the favorite, go bust almost immediately. There’s also a cute segment that explores what a player’s preference in game token reveals about them personally (for the record, I like the top hat, which is supposed to mean I’m less competitive).

But the film doesn’t pack the surprisingly moving punch of the similarly themed The King of Kong: A Fistful of Quarters, and it loses momentum about two-thirds through its already slim running time. Under the Boardwalk is affectionate and inoffensive, but unavoidably disposable.

Summer of ‘86: No Retreat, No Surrender