For Ruben Östlund, a movie camera is an instrument of provocation and exploration. Often shooting his subjects from above or from a great distance in order to emphasize their relationship to one another, he studies his own culture like an anthropologist, dissecting social norms and looking for patterns in the ways individuals relate to one another.

An evolutionary line can be traced from 2008’s Involuntary through 2011’s Play to the filmmaker’s latest, Force Majeure, Sweden’s entry for this year’s Best Foreign Language Film Oscar. With each successive film, the acting becomes more polished and powerful, the storylines more cohesive, and the questions raised more subtle and yet—or maybe therefore—more haunting. But if the two earlier features are a bit rough around the edges, they’re also magnetic and thought-provoking.

Both are inspired by real-life incidents in Östlund’s native Sweden. Play dramatizes a series of robberies by a group of teenage and preteen boys who robbed other children about 40 times over two years before finally being stopped. The perpetrators are black kids whose families immigrated to Sweden, and being dark-skinned and non-Swedish seems to affect how they’re treated by the Swedish adults they encounter, but not in the way you might expect: The adults almost always turn a blind eye to the boys’ bad behavior, either afraid to appear to be prejudiced or frozen in a kind of bureaucratic limbo. In one painfully funny bit, which plays out at intervals throughout the film, an overly cautious train conductor keeps making announcements about the cradle one of the boys left blocking a door to make it impossible for their human quarry to exit. Unsure of how to handle such an unusual thing, the conductor is too rule-bound to take the initiative to get rid of it.

In the film, the boys target a small group of mostly younger, ethnically Swedish and Hispanic boys, robbing them first of a cellphone, then of everything else of any value, and the methods they use also demonstrate the power of social coercion. The thieves never actually hurt their victims, getting what they want through the mostly unspoken but omnipresent threat of violence, a good-cop/bad-cop dynamic, and other mind games. They start with an elaborate con, their leader getting one of the boys, Sebastian (Sebastian Blyckert) to hand over his phone and then insisting that it was stolen from his brother the week before. The victims all know that’s a lie, yet they go along with it, presumably propelled by a combination of fear, naïveté, and sheer bamboozlement. The thieves turn everything upside down, demanding that Sebastian produce proof of purchase and insisting that they don’t want to steal the phone, only to return it to its rightful owner. They also strengthen their hand by separating the boys from everything and everyone they know, taking them on a long and harrowingly open-ended odyssey, by bus and on foot, that makes them more vulnerable and dependent with every passing kilometer.

It’s unsettling to watch the captives go along with the scam. One boy hopes he can make things go better by cooperating with their captors, while another slips far enough into the deception to describe Sebastian to one of the thieves as “the one who…took the phone.” It’s not clear why he does it: Is he actually beginning to believe that, or he just think that pretending to believe is the safest route? As usual, Östlund doesn’t provide tidy answers; he just forces you to ask yourself sometimes uncomfortable questions.

Involuntary cuts between five separate stories. In one of the five, a sympathetic schoolteacher convinces a pupil to deny the evidence of her own eyes by enlisting the rest of the class in an experiment in which, shown two lines and asked which is shorter, they all pretend they think the shorter line is longer. After her correct answer is greeted with noisy and contemptuous disagreement twice in a row, she cautiously gives the wrong answer. The teacher asks, “Do you really think that line is shorter?” To which the student admits that she doesn’t, but she thought that was what she was supposed to answer. That’s a neat encapsulation of the theme that intrigues Östlund, here and elsewhere: how our compulsion to construct and comply with an acceptable public face can make us act against our own instincts and self-interest—or make us fail to act at all.

In one of Involuntary’s most disturbing vignettes, two teenage girls act “sexy” for a webcam. As they alternate between posing and chatting, they switch between aping a confidence and sexual maturity they don’t yet own and looking like the children they still basically are. Their precocious appearances later get them into trouble as one of them passes out drunk at a party with people they don’t know and is passed around like an inflatable sex doll. After they’re back home, having been saved in the nick of time by a passing stranger, the girl’s mother chastises the friend who stood by while it happened. Why didn’t you do anything? she asks. “I don’t know,” the girl says, and we believe her. 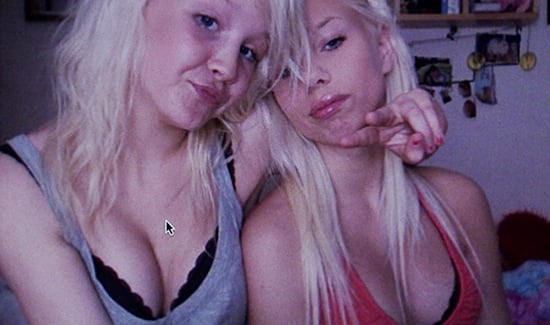 Ruben Östlund’s Play and Involuntary will screen as part of Film Society of Lincoln Center’s “In Case of No Emergency: The Films of Ruben Östlund” (January 14—22).

Interview: Ruben Östlund on The Square and the Social Contract

Elise Nakhnikian has written for Brooklyn Magazine and runs the blog Girls Can Play. She resides in Manhattan with her husband.