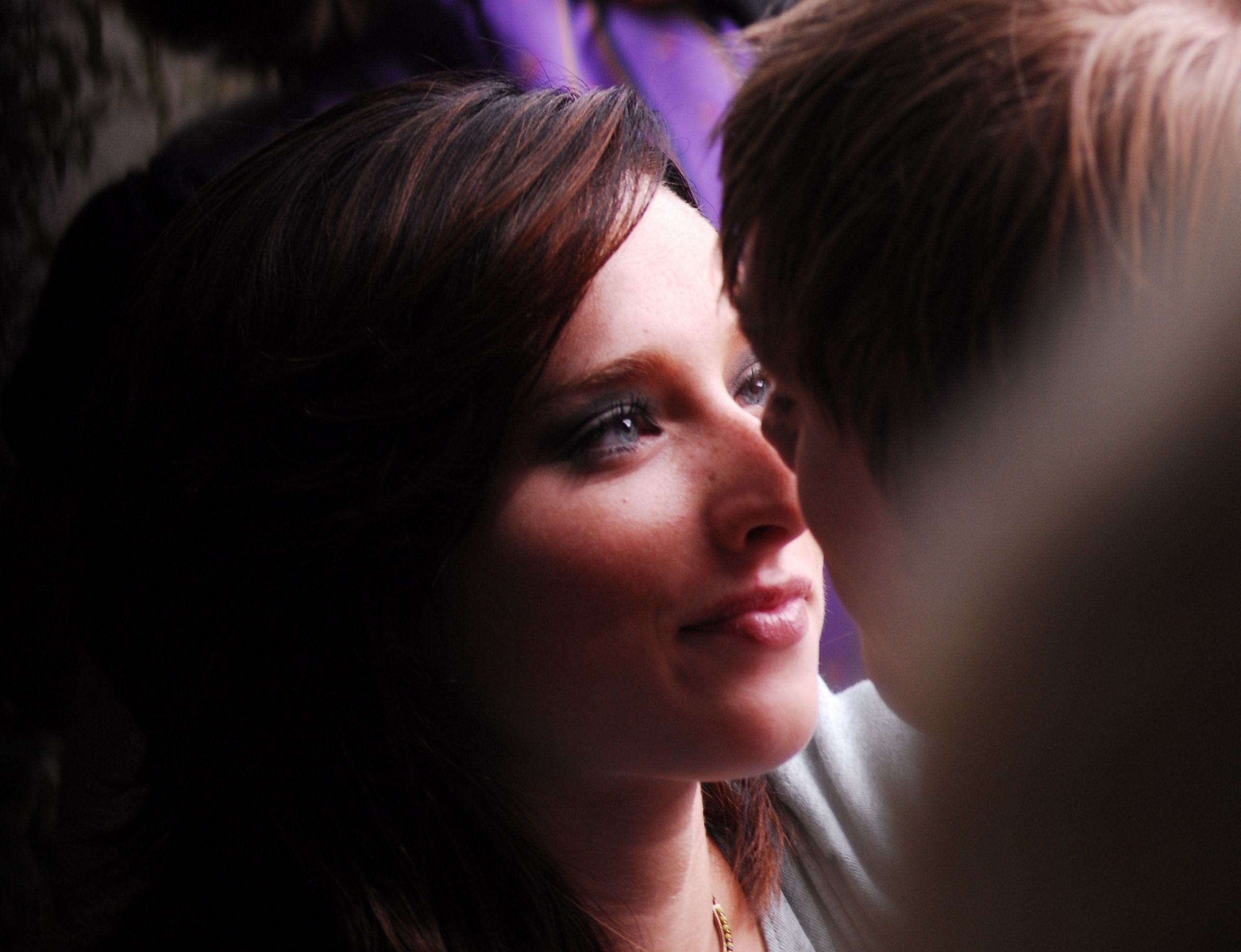 For those who couldn’t get completely behind Jonathan Demme’s great Rachel Getting Married, behold Tru Loved, a film in which the problems between blacks and whites, straights and gays, are constantly being addressed. Somewhere in SoCal, the football team at, ugh, Walt Whitman High must grapple with the arrival of Tru (Najarra Townsend), a fetch, lilywhite 16-year-old whose two mommies always seem to enter the room at the same time (that’s love, people!) and who has a burning desire to start a gay-straight alliance. Tru’s dream of a post-Obama atmosphere is sincere, but why must that dream be conveyed on screen as if it were a bibilical vision of the afterlife? There are moments that ring alarmingly true, as in writer-director Stewart Wade’s understanding of a black quarterback’s internalized homophobia and (ab)use of Tru as his beard, but too often the film succumbs to bad habits that should be familiar to connoisseurs of Los Angeles-bred queer flicks, as in the distracting cameos by B-listers wanting to show they’re cool with the gays. (I see Jasmine Guy, Bruce Vilanch, Jane Lynch and Edna Krabappel.) The horror of the film’s title should speak for itself, the contrived comedy more so—as in the scene where the black Lodell (Matthew Thompson) nibbles on a carrot at the exact moment Tru’s white mom jokes that he’s probably wondering who’s her daughter’s biological mother. Whoa, spit take! But seriously, Tru Loved totally has its heart in the right place, even if its mind is not, building Afterschool Special-like to a wedding where everyone’s prejudices—except for the football team’s coach, that is—are resolved with bromides and cracking wise. Sometimes a phobe has to know a gay person to quell the hate, but the turnaround Lodell’s Latino best bud makes at the end of the film is just pure fantasy. All that’s missing from this Edenic scenario is Cyndi Lauper belting “High and Mighty.”

Review: Not Your Typical Bigfoot Movie