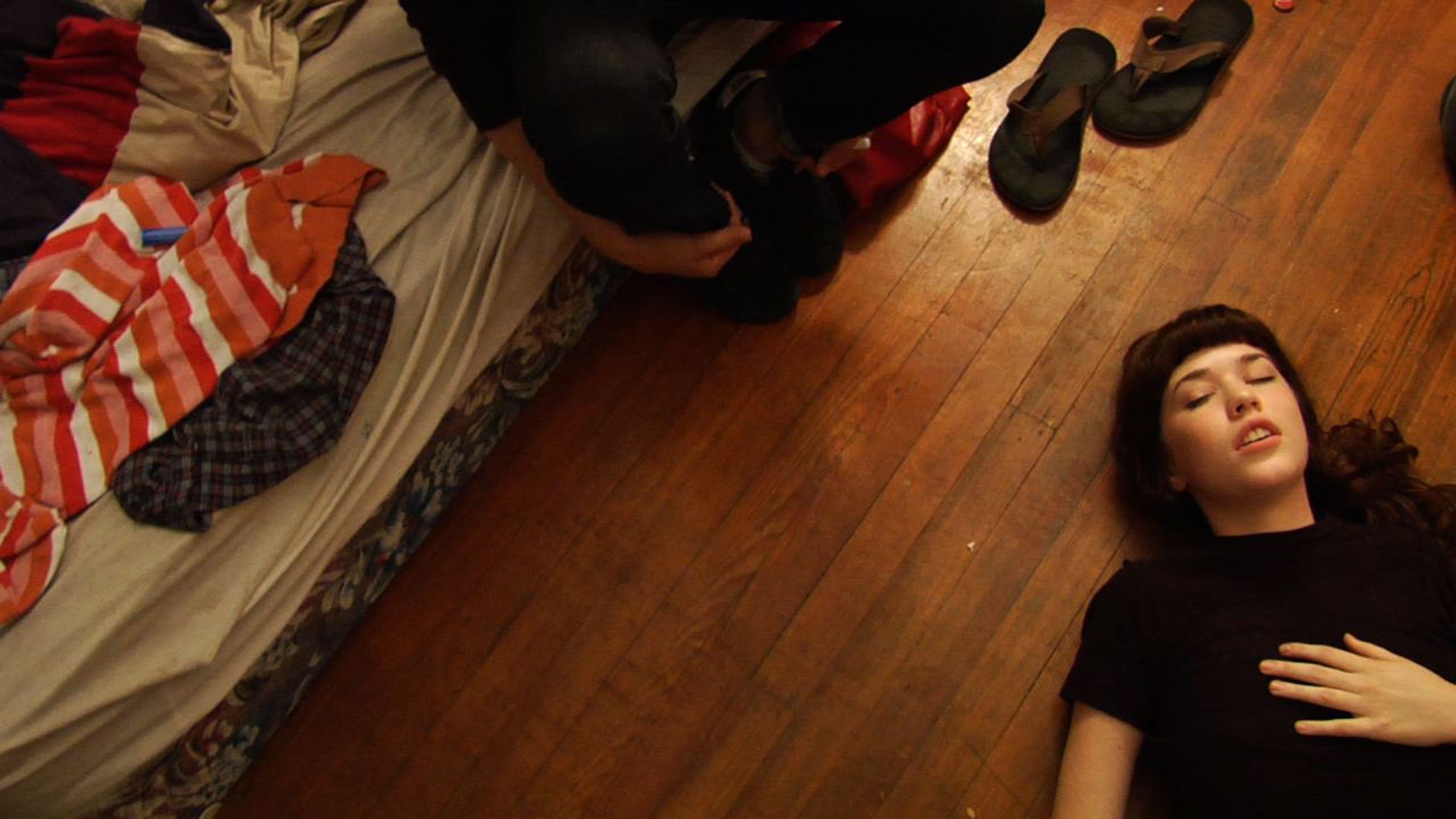 There’s a common misconception of an audience’s unwillingness to accept a character who’s unlikeable, an ancient nugget of fool’s wisdom that continues to subtly and not-so-subtly undermine the potential texture and resonance of a great many movies. Likeability isn’t important; when someone complains of a character being unlikable, they’re more often responding, or not responding, to a character’s lack of stature. This distinction comes to mind when watching Toad Road, which follows a group of disillusioned American twentysomethings as they hang out, play bad garage music, and snort, drop, and drink any and all drugs they can get their hands on. The behavior is alarmingly and realistically staged, and you don’t have to be a prude to wonder if 75 minutes in the company of these people is really time well spent.

But writer-director Jason Banker pulls off a surprising sleight of hand just when you’re ready to write his film off as another rambling, self-pitying, quasi-found-footage/mumblecore revel in despairing pointlessness. He gradually distances himself from his characters without compromising a sense of compassion, which is an admirable and difficult feat to pull off for even far more experienced directors. The filmmaker also finds the ironic beauty that arises from his characters’ self-contemptuous and misplaced acts of destruction; he understands that addictions grow, for many, out of efforts to belong to a group—efforts that often eventually backfire magnificently. One sequence is authentically revelatory: Two men take turns blowing Vicks Vapor Rub into one another’s eyes, rubbing each other’s hair and face as the high takes hold in an exchange that allows you to understand the tenderness these people (or all people) yearn for, and the heartbreakingly befuddled fashions with which they go about pursuing it. Another slow-motion image of a young woman underwater is almost as powerful, as it suggests nothing less than a backwoods approximation of Van Gogh’s Starry Night.

The official plot has to do with an urban legend that finds the primary characters, Sara (Sara Anne Jones) and James (James Davidson), attempting to reach the end of the titular road that descends into a scary patch of woods that’s said to eventually lead to hell, and while that clearly, mostly, exists to give Banker a marketable genre structure to contain his images and observations, it also works as a beautifully direct metaphor for succumbing to addiction. Toad Road has plenty of problems (it needlessly mystifies the female character, and it’s repetitive and uneven), but it’s suggestive of a major addiction film that might be struggling to get out of Banker. This film has something that can’t be faked: a true feel for the broken, tragic fury of life needlessly squandered.

Review: I Am Divine

Interview: Jehane Noujaim and Karim Amer on The Square