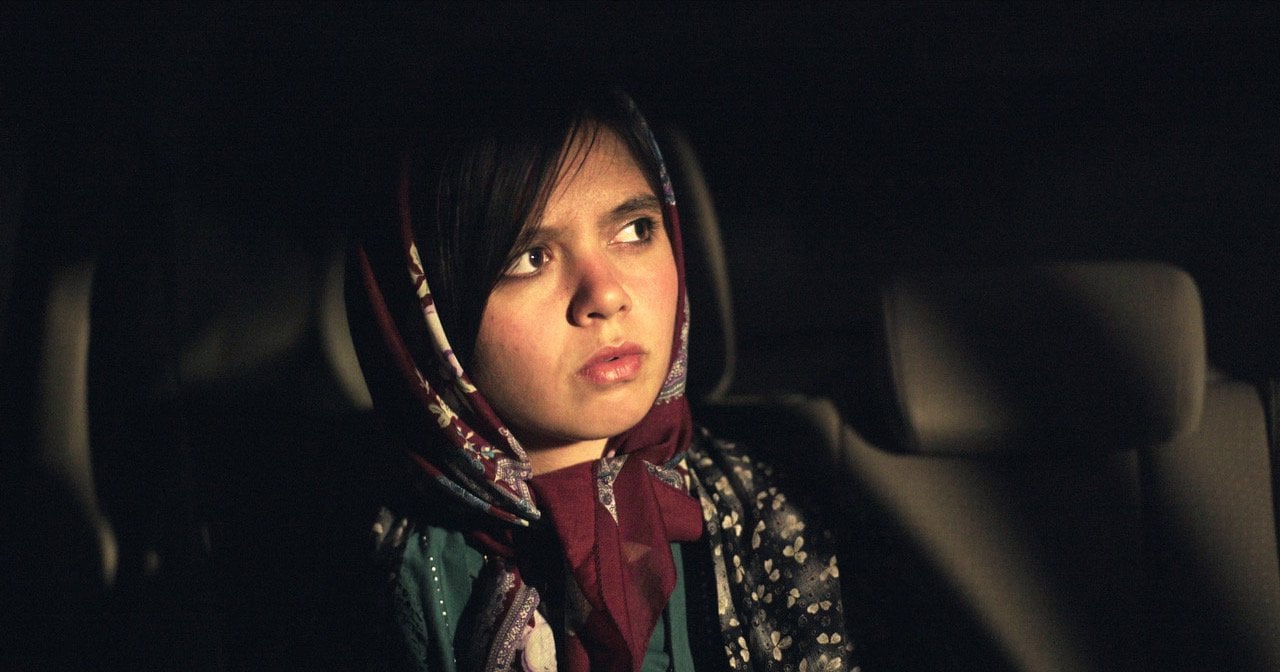 Since a 2010 sentencing put Iranian filmmaker Jafar Panahi under house arrest and imposed on him a 20-year filmmaking ban, he’s stubbornly continued to work, and the result of his efforts have come to represent a gradual subversion of the reality he’s been unjustly burdened with. Panahi’s 2011 documentary This Is Not a Film addressed the suppression of his art, while his 2013 docufiction film Closed Curtain was beholden to actors and a proper narrative but was still shot indoors, specifically at Panahi’s beachside villa on the Caspian sea. Finally, 2015’s Taxi got the director out into the bustling city streets of Tehran. 3 Faces, then, takes Panahi one step closer to liberation, as it sees him moving freely through a network of villages in the mountains by the northwest border of Iran and Turkey.

The spatial freedom afforded in 3 Faces seems to inspire the most playful and sophisticated filmmaking in a Panahi film since 2006’s Offside—a feat that the director is all too giddy to demonstrate. In one of the film’s most technically precise sequences, a single-take shot from the inside of a car completes a 360-degree pan in order to seamlessly articulate the relationship between two characters. One of these characters is Panahi himself, who, as in previous films, is playing a version of himself in a largely fictionalized narrative.

3 Faces opens with chilling iPhone video of a girl (Marziyeh Rezaei) hanging herself in a cave. Before her death, she laments that the reason she’s decided to kill herself is because her attempts to contact actress Behnaz Jafari have gone unanswered. In the next scene, Jafari (also playing herself) is riding in a car at night, as an off-screen Panahi’s voice emanates from the driver’s side. Jafari has no knowledge of any attempts made to reach her, but she feels responsible, and so she and Panahi head to the village where the suicide video is said to have been sent from, in order to determine whether the death is real or a hoax.

The basics of this premise—the search to determine what’s become of a youth in a rural village—and the way that Panahi introduces the details of his narrative with extended sequences of two characters driving together, make 3 Faces feel like a deliberate tribute to 1992’s Life, and Nothing More, which was directed by Panahi’s own mentor and collaborator, Abbas Kiarostami. But as Panahi’s film progresses, it becomes increasingly clear that 3 Faces has been conceived as a more expansive homage and eulogy for the late Kiarostami.

Panahi works references into his film to some of the compositions, landscapes, and boundary-pushing plays of fiction and documentary in Kiarostami’s cinema, though 3 Faces filters these elements through Panahi’s own unique sensibilities. The filmmaker prefers to signify potential plot directions and formal strategies and then promptly pivot away from them at the moment they outlast their usefulness. This isn’t the mark of a lesser filmmaker, but merely one who recognizes that his own strengths lie in his intuitiveness, his wit, and his humor.

When the uncertainties surrounding 3 Faces’s relationship to documentary and fiction begins to resolve itself, Panahi starts to tease out the other meta dimensions that he’s embedded within his film. When Panahi arrives at the cave location where the girl recorded her suicide, he comments on and inspects the space like he’s scouting a location for a film—and when we later learn that the suicide recording itself had been the direct result of the desperation felt by an artist facing down oppressive social conditions, the degree to which Panahi is using the dynamics of his fictional narrative to continue a project of working through his own personal feelings and experiences as an artist starts to come into focus.

And that experience now seems to be one in which a consideration of death looms large. The presence of death in 3 Faces is felt not only in the form of the suicide recording, but in a scene of an elderly woman lying in a ready-made grave—and another of a bull collapsed and dying in the middle of a road. The bull is also an example of one of the heavy-handed metaphors which Panahi sometimes indulges in his films; here, the animal represents a character who’s stuck and needs help, and that point is further emphasized when the bull’s owner yammers about its many good qualities, such as its virility. But there’s a catch: While Panahi can understand the bull owner’s Turkish dialect (and thanks to subtitles, so can we), Jafari, whose decision-making the scene revolves around, doesn’t understand Turkish, and so the furious amount of exposition being spewed in her direction has no real bearing on her actions.

Whenever Panahi’s architecturally rigorous study of the self, society, and artistic communion threatens to get too self-conscious or loaded, the filmmaker tends to leaven the tension with humor and gentle irreverence, like the extended dialogue toward the end of 3 Faces about the proper care of foreskin. But there’s also a great seriousness in the film that borders on profound. The Kiarostami references here offer more than just reverence for a great filmmaker; rather, the tension between Panahi and Kiarostami’s work seems to grapple with the differences the two had in life. And this makes the end of 3 Faces, which quotes the final shot of Kiarostami’s 1994 film Through the Olive Trees, a beautiful expression of artistic solidarity.