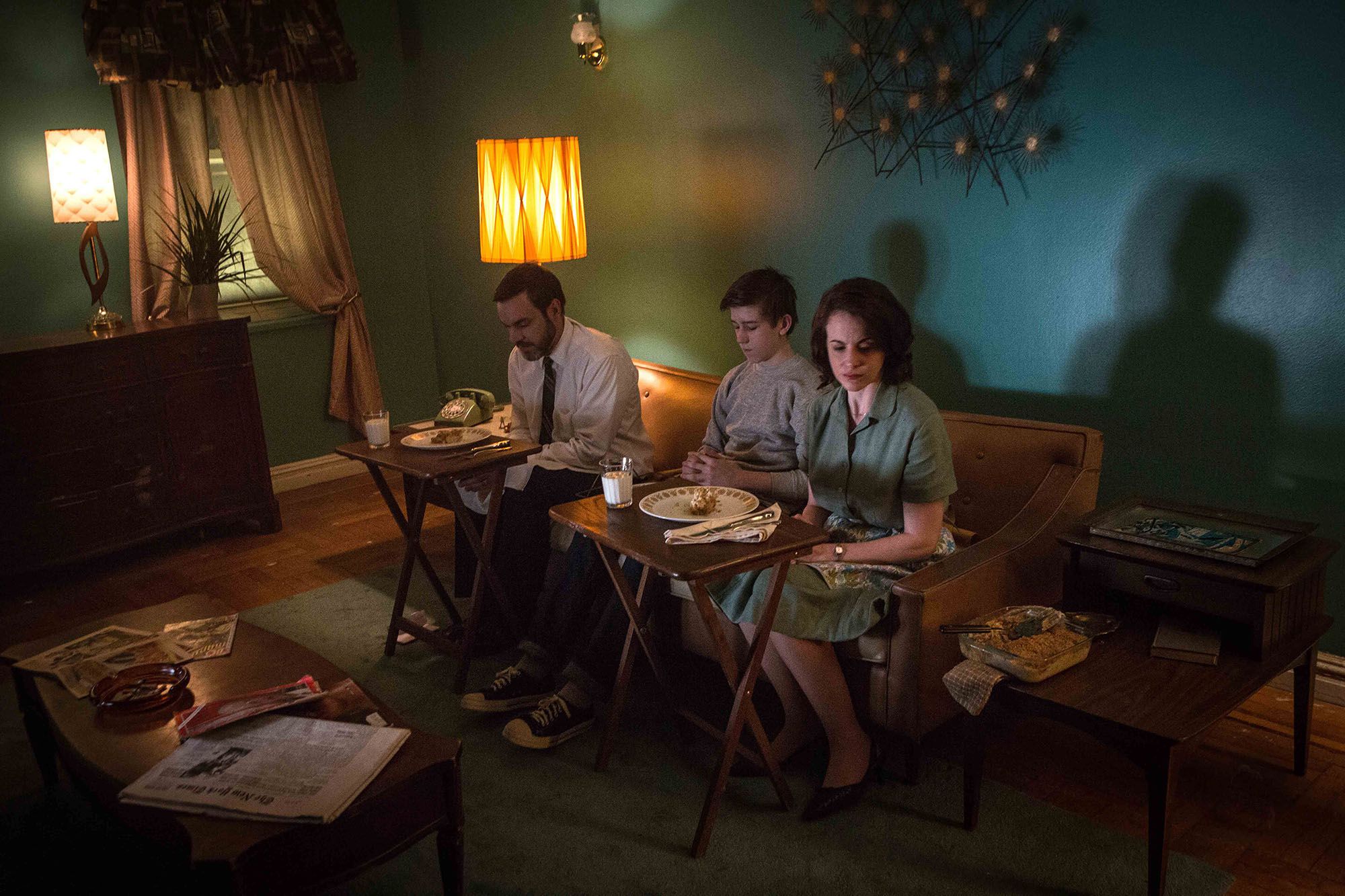 The title of writer-director Puk Grasten’s 37 refers to the number of witnesses who, on the night of March 13, 1964, either heard or saw the murder of Kitty Genovese taking place just outside of their apartments in Kew Gardens, Queens, but did nothing, according to myth, to intervene. The facts of the actual case, along with a detailed account of Genovese’s gruesome slaying, are revealed in James D. Solomon’s documentary The Witness, released earlier this year. Grasten’s film, on the other hand, constructs several flimsy threads of speculative fiction that merely uses the context of Genovese’s murder to piece together the activities of three neighborhood families who comprehensively failed to potentially save Genovese’s life.

Grasten wants to find a certain melancholic poetry through these stories, yet their unfolding locates only portentous symbolism and relies on reductive dialogue, with characters speaking their social conditions at nearly every turn. As Archibald (Michael Potts) and Joyce (Samira Wiley) arrive fresh to Kew Gardens with their young son shortly after the opening credits, Archibald is optimistic—and direct—about their newfound status: “This is it: Welcome to the middle class.” The line indicates Grasten’s interest in setting up characters whose outward statements of comfort mask unresolved inner anxieties of belonging. For Archibald, being the patriarch of a young black family unit means telling his son he’s going to be a great boxer one day, so that conflict arises when Joyce disagrees with his masculine-oriented parenting methods.

In a different context, Debbie (Sophia Lillis) deals with being ostracized by her neighborhood friends because of rumors about her mother’s past. She currently lives with her Jewish grandparents, George (Thomas Kopache) and Florel (Lucy Martin), the latter of which keeps receiving prank phone calls from some neighborhood punks. Across the way, Mary (Maria Dizzia) and Bob (Jamie Harrold), a middle-aged white couple, grapple with raising their own son, whose adamant belief in aliens is fueled by Gonzales (Adrian Martinez), an elevator operator at a nearby hotel. Grasten establishes these narratives nearly irrespective of Genovese, who’s brief conversation with Debbie constitutes her sole meaningful appearance in the film.

With or without Genovese as context, 37 is a series of amateurish chamber pieces lacking in imaginative construction and weighty relationships. Grasten’s direction makes so little of her characters’ conversations through editing or mise-en-scène that these exchanges could just as well be set on an emptied stage. Throughout, there’s a fundamental lack of dramatic exigency in Grasten’s storytelling, so that the constant squabbling between characters becomes an end unto itself, and is emblematic of the writer-director’s limited approach to summoning thematic heft.

Perhaps worse than Grasten’s sluggish approach to the historical social status of Kew Gardens is her muffled understanding of why these people shunned Genovese’s cries for help. Once the assault is briefly seen and heard, each family unit is given wholly contrived reasons for not leaving their apartments. None are more risible than Florel’s: She thinks the screams are a result of the neighborhood kids playing more tricks on her. Even if such a detail were historically accurate (there’s no transparency whatsoever on what’s historical record and what’s fictional), Grasten plays it like a cosmic commentary on systemic disconnect when, in fact, it’s situational irony 101. By refusing to trouble the line between artifice and reality in any way, 37 permanently retreats into the sordid comforts of its maker’s artistic license.

Review: Manchester by the Sea