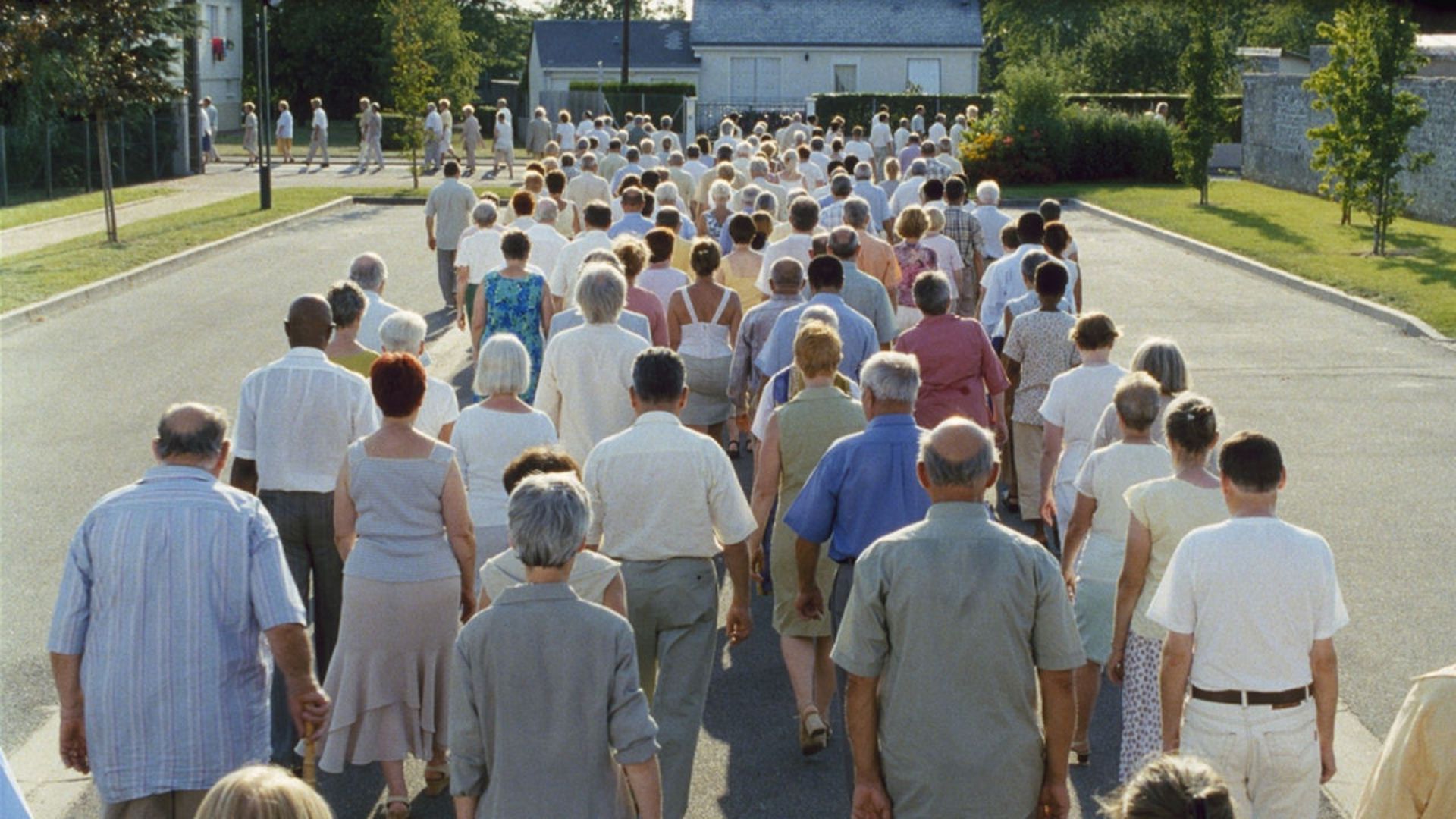 Zombie films dictate that the walking dead, no matter how quickly they move, will tear off a piece of your face if you give them a chance. But in Robin Campillo’s They Came Back, the 70 million people who return from the dead simply look to re-indoctrinate themselves into society, and in the provincial French town where the entirety of the film’s action takes place, the population must cope with the emotional and social ramifications of this re-assimilation. Plagued with a form of aphasia, the dead are not unlike children learning to walk, talk, and process memories for the first time. The many boardroom sequences in the film—during which scientists, politicos, officers of the law, and regular townsfolk converge—allow Campillo to humorously study the effects the return of the living dead has on social programs and reforms, but more compelling are the intimate interactions between characters and their resurrected loved ones. They Came Back is a triumph of internal horror, and unlike M. Night Shyamalan’s similarly moody freak-out The Sixth Sense, Campillo’s vision of the dead sharing the same space as the living isn’t predicated on a gimmicky reduction of human faith. Campillo is more upfront than Shyamalan—it’s more or less understood that the presence of the living dead in his film is likely metaphoric—and he actually seems willing to plumb the moral oblivion created by the collision of its two worlds. Though the fear that the film’s walking dead can turn violent at any second is completely unjustified, the writer-director allows this paranoia to reflect the feelings of loss, disassociation, and hopelessness that cripple the living. It’s rather amazing how far the film is able to coast on its uniquely fascinating premise, even if it isn’t much of a stretch for its director: Campillo co-authored Laurent Cantet’s incredible Time Out, a different kind of zombie film about the deadening effects of too much work on the human psyche, and They Came Back is almost as impressive in its concern with the existential relationship between the physical and non-physical world.

Review: In My Country