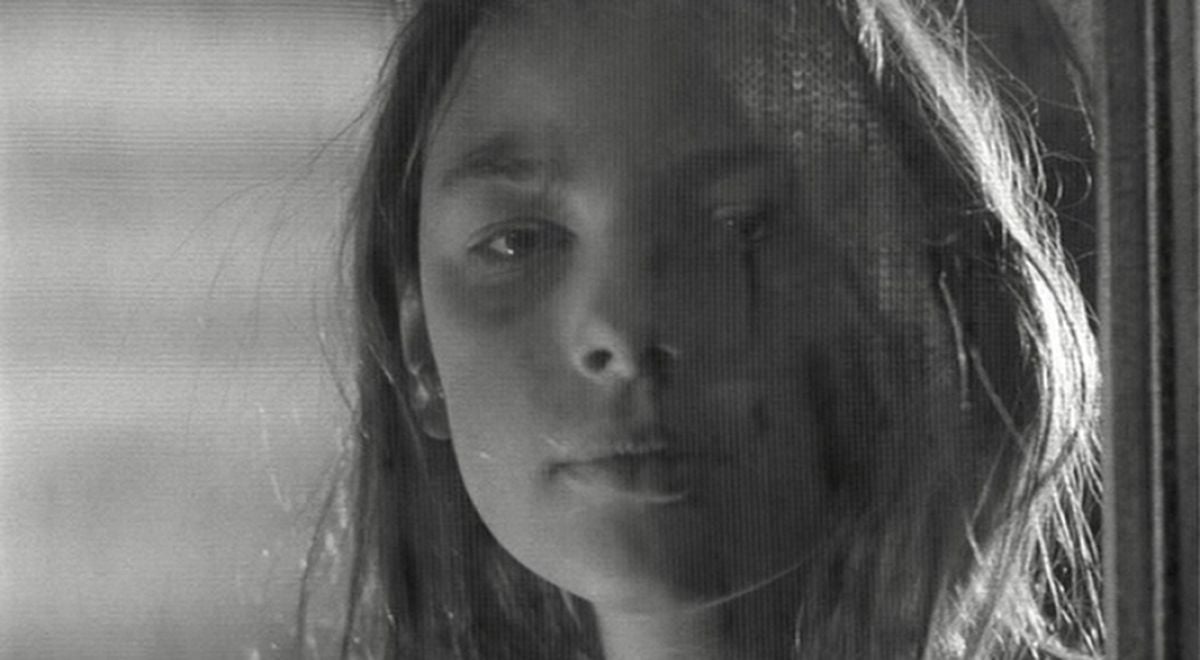 Poets have said that eyes are the windows to the soul, but Luis Buñuel believed that our legs and feet revealed more about us than any other parts of our bodies. In the 1960 Cannes darling The Young One, only one of two English-language films Buñuel ever made, the director’s fractured obsession with legs and feet may seem excessive (even by his typically fetishistic standards), but this irrational focus reflects the horror and absurdity of the complex issues of race and sex around which the film pivots. Visually, the little-seen The Young One is Buñuel’s most expressive film—it’s setting may be Spartan but its look is scarcely unceremonious. Framed by a monophonic rendition of “Sinner Man” by Leon Bibb, the film has the scorching emotional urgency of a black spiritual.

Traver (Bernie Hamilton), an African-American musician, escapes to an insular Carolina island hunting preserve after he’s accused of raping a white woman. There he discovers Evalyn (Key Meersman), a naïve and unmolded 13-year-old girl who’s never seen a television and who has no idea what a “licorice stick” might refer to other than Traver’s clarinet. Evalyn lives with the racist Miller (Zachary Scott), who takes to diddling the young girl now that her mixed-blood grandfather has passed. Salacious enough to make Elia Kazan’s Baby Doll and Luis Malle’s Pretty Baby blush, The Young One shouldn’t be mistaken for a trivial provocation. Buñuel intriguingly conflates Miller’s systematic abuse of Evalyn with the spectacle of the racist man’s psychosexual contempt for Traver.

Miller is given many an opportunity to kill his prey but passes nearly every time; he is at once torn by whatever guilt he feels over having sex with Evalyn and the affections the young girl has for Traver, who, unlike the saints played by Sidney Potier in countless films, has no problem talking back to his tormenters. In the many thrilling ups and downs of this twisted, racially-charged update of The Most Dangerous Game, the roles of hunter and huntee constantly reverse, with guns perpetually swapping hands and Traver returning to Miller’s house for one reason or another (his boat is repeatedly shot with holes and, later, his foot gets caught in an animal trap). In the constant frustration of Traver’s escape and Miller’s inability to play nice with him, Buñuel evokes the face of humanity repeatedly peeking out from and retreating into the steely shell of a racist comfort zone.

To this already unnerving gumbo of feelings and ideas, the director adds a white supremacist hellbent on lynching Traver and a priest whose compassion has limits: he makes a case for Traver’s innocence but has Evalyn turn a mattress over so he won’t have to sleep on the same side Trever did the night before. Caught in the crossfire of Traver’s indignation and Miller’s contempt, Evalyn is the obscure object through which Buñuel himself enters the story. Not a single frame is wasted in The Young One and every image conveys the forcible weight of its maker’s appalled moral and social viewpoint, from Evalyn’s legs peeking out from beneath a makeshift shower to a raccoon terrifying a group of chickens. Like the best films of Buñuel’s career, The Young One connects to us on a blood level but the incision it makes to reach us there is made with flabbergasting sensitivity.