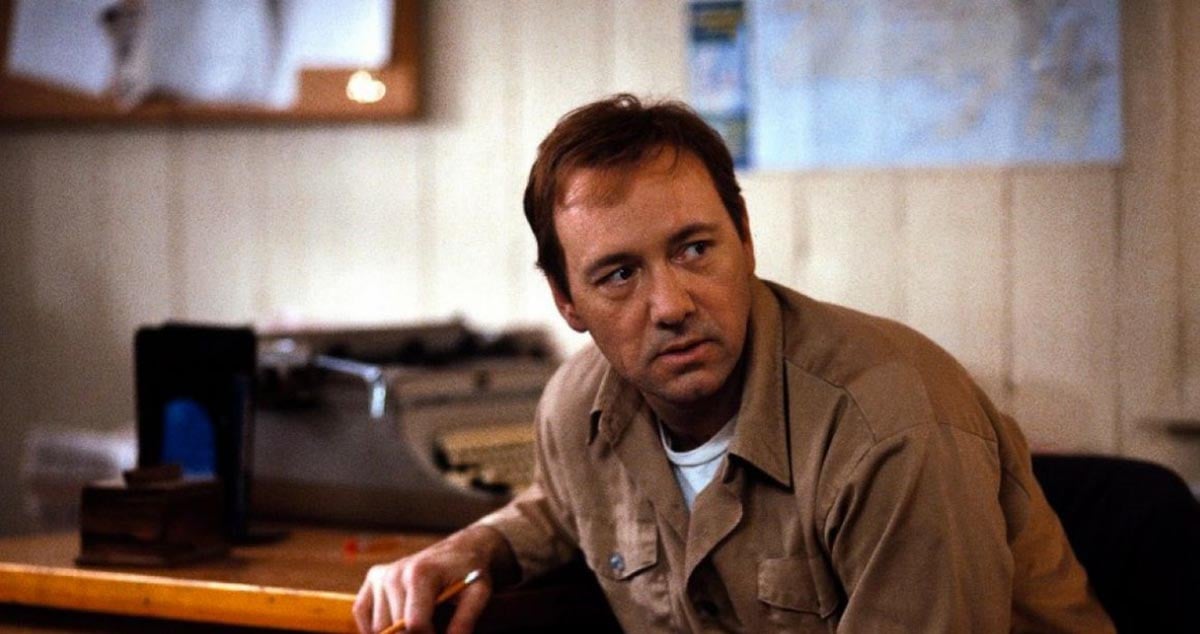 The best thing than can be said about Lasse Hallström’s The Shipping News is that it’s considerably less brow-beating than The Cider House Rules and Chocolat. Robert Nelson Jacobs is loyal to E. Annie Proulx’s original text: Petal (Cate Blanchett) still can’t make an Alabama Slammer; hubbie Quoyle (Kevin Spacey) is the poster child for the pussy-whipped; and closeted skeletons are raring to cut loose. The film’s first quarter is virtually unwatchable. Proulx’s hell-fire harpy Petal is transformed into a gum-smacking student of the Marisa Tomei My Cousin Vinny kind. The once ghoulish witch takes the town by slut-storm while the pathetic Quoyle stays home with their baby Bunny. Spacey can do pathetic—usually intentional—but Hallström’s Quoyle is nothing more than a child who confuses sex for love. Seemingly stripped of Proulx’s sad stoicism, Quoyle is now a mere victim to Hallström’s heavy-handed water imagery. Silly special-effects morphing give way to egregious flashbacks that set up Quoyle’s hydrophobia (his father was an unconventional swimming instructor). Petal goes to sleep with the angels, Aunt Agnis (Judi Dench) comes to town and Quoyle decides to find his family roots in Newfoundland. Hallström is best when quirky; there’s a sweet-natured, matter-of-fact humanism to the film’s more oddball scenarios. Quoyle snags a job as a reporter at the local newspaper, The Gammy Bird, covering the shipping news. Ghoulish discoveries (a headless body, its rolling head) are played for laughs while the film’s learning lessons are never ham-fisted. Hallström’s characters are helpless and disconnected; all are in need of human contact though victims to a land that seems to portend only death. Hallström deftly free-floats between his stories: Quoyle moves up the occupational ladder; finds love with Wavey (Julianne Moore), mother of a mentally-challenged Harry Potter; and a creepy uncle blabbermouths the Quoyle past. Agnis is a relatively loose cannon, a shining example of Hallström’s awkward jitterbug between the quirky and flat-out melodramatic. When skeletons fall out of their closets, explanatory flashbacks become difficult to swallow. Hallström is an obvious visualist. Quoyle’s computer screensaver is underwater-themed while car accidents turn into bloody Petal spottings. The score and accents conjure images of Leprechauns searching for Enya and her Lucky Charms but Hallström’s rendering of place and time is quaint and evocative even if the film, as a whole, moves at the speed of a glacial ice flow.

Review: Not Another Teen Movie