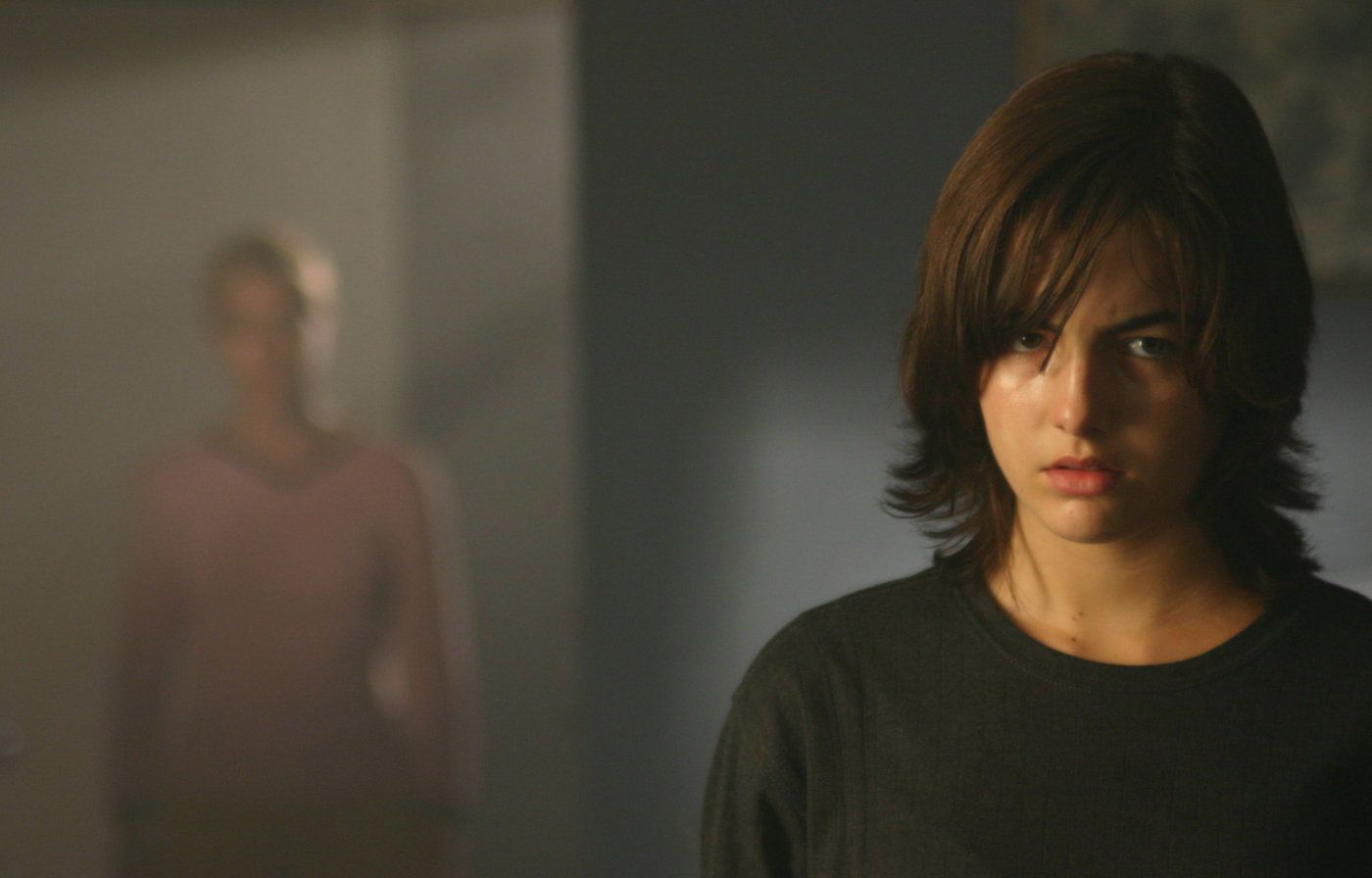 The sense of disquiet that The Quiet stirs feels unintentional, suggesting behind-the-scenes conflict. Director Jamie Babbit (But I’m a Cheerleader) and screenwriters Abdi Nazemian and Micah Schraft are not on the same page: Babbit goes for the perfume-commercial chic of an Adrian Lyne film while her writers push for the sexual frankness of The Slumber Party Massacre. This mismatch of intentions produces a misshapen curiosity at once impossible to dismiss because of its rich ideas but difficult to defend because of its slapdash execution. Babbit’s aesthetic is consistent, but hers is a monotonously overwrought show of trite suburban sneer: It’s not enough that Edie Falco’s interior designer is heavily medicated (her husband, after all, is fucking their daughter Nina, played by Elisha Cuthbert), she is also prone to standing in the rooms of her barely-furnished manse like a figurine in a glass menagerie. Conversely, Nazemian and Schraft’s screenplay is all over the place but risks infinitely more: The teenage characters, like robust cheerleader Michelle (Katy Mixon) and learning-disabled basketball jock Connor (Shawn Ashmore), have the sex drives of wild animals, except Michelle, like Jeri Blank, seems to have an easier time flaunting it. It’s to Dot (Camilla Belle), the deaf-mute goddaughter Paul (Marin Donovan) and Olivia (Falco) take into their home after her father dies, that Connor goes on about his raging boner and the number of times he whacks off thinking about her. The screenwriters are trying to get at issues of trust and betrayal and modes of self-exposure and self-erasure crucial to teenage experience, but the catalyst through which the film’s intriguing insight into boy-girl sexual politics becomes possible—the pretense of Dot’s deaf-muteness—is inadequately thought out. Nina and Dot’s relationship evolves intensely throughout the film, shedding light on victim/victimizer mindsets (two scenes revolving around the application of lipstick are the film’s highlights), but Dot’s voiceovers, like her reading from Ralph Ellison’s Invisible Man, are the sort of overzealous gaffes filmmakers put into their pictures under the presumption that their audience is blind and deaf.

Angels of Death: A Prairie Home Companion and All That Jazz