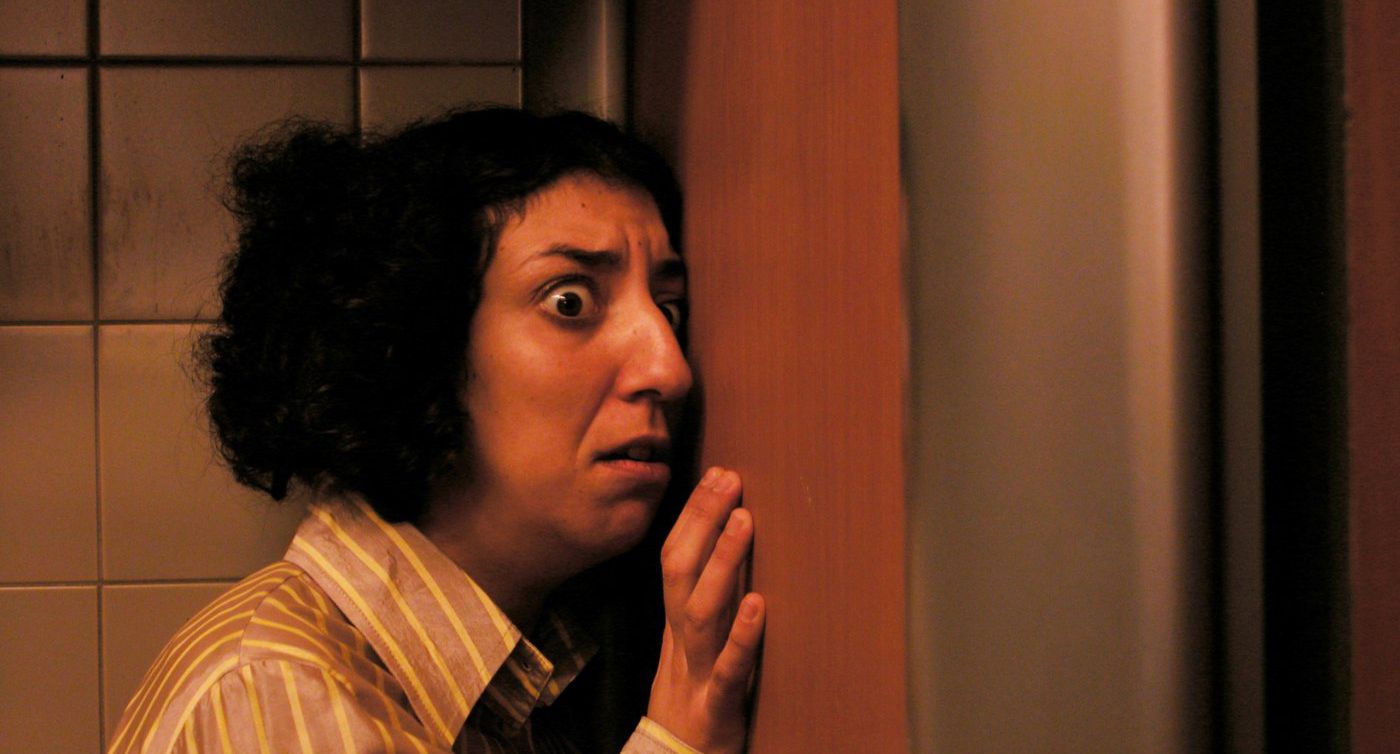 Spanish auteur Álex de la Iglesia continues to show absolutely no signs of reconciling his dramatic and comedic impulses. Though inextricably bound to one another, these dueling urges refuse to play nice, and it’s the fallout from their non-stop collisions that makes the director’s latest genre pastiche (think Buñuel’s Ensayo de un Crimen meets Hitchcock’s Mr. and Mrs. Smith) so much fun to watch. Though not as consistent in tone as La Comunidad, Crimen Ferpecto (the title, changed for the film’s American release to The Perfect Crime, is a reference to the Asterix and Obelix comic Asterix and the Laurel Wreath) is more self-reflective in the sense that the battle between its two leads mirrors the ongoing war between the serious and the absurd that has become par for course in de la Iglesia’s metafictive canon of films.

Two employees at YeYo’s department store—Rafael (Guillermo Toledo, a happy slave to capitalism, and Lourdes (Mónica Cervera), a homely saleswoman who wants to desperately buckle the system—enter into an unofficial lifetime contract when one helps the other dispose of a body after a sinister accident in a dressing room, and what unravels is at once a critique of consumer culture and a bawdy comedy of the sexes. Lourdes is the low woman on a totem pole that favors runway model types—intervening in Rafael’s disposal of their boss’s body and getting him into her bed becomes, in effect, a means for her to express the kind of power society otherwise denies her. Like him, she’s a perverse opportunist, but since her battle evokes lower-class revolt, she more easily commands the audience’s compassion.

People are crazy in de la Iglesia’s films and the constrictive atmosphere the man summons throughout Crimen Ferpecto suggests people wanting to break free from the crippling allure of consumerism. “The secret’s in the gift wrapping,” says Rafael to a customer he attacks like a hawk with the hope of driving his commission so high he can secure a position as the store’s floor manager. It’s a slogan de la Iglesia takes more than seriously: The melodrama that takes place inside YeYo’s feels suffocatingly boxed-in (the people inside the store are like animals gasping for breath inside a container were a child keeps a pet animal) and the film’s splashy aesthetic seems to exist only to gussy up the action with a sinister bow (the camera charts the mise-en-scène as if mounted on a horizontal path that can turn on a 90-degree dime at any moment).

De la Iglesia uses style to sketch emotional context: The giddy cinematic cross-references, feverish hallucinations, and gut-busting non sequiturs fill in the gaps of his characters’ backgrounds. There’s no scene more profound than Rafael losing all sense of what’s real in the world at the precise moment he enters the stage of a reality program, or no scene as funny as Lourdes’s macabre little sister screaming at a dinner table that she was raped by her gym teacher, but as soon as the film builds to a startling scene atop a Ferris wheel (with 2D backdrops straight out of Hitchcock!), de la Iglesia seems to lose his grip on the film. Once Rafael’s boss starts making appearances as a Grinch-like ghost and a Columbo-like police officer’s investigation of Rafael and Lourdes’s crime is hastily incorporated into the otherwise resourceful delirium, you get a sense the film wants to be over and done with as soon as possible. The ending is a messy, contradictory kaput, but we should all be so lucky to experience the witty pop that precedes it.