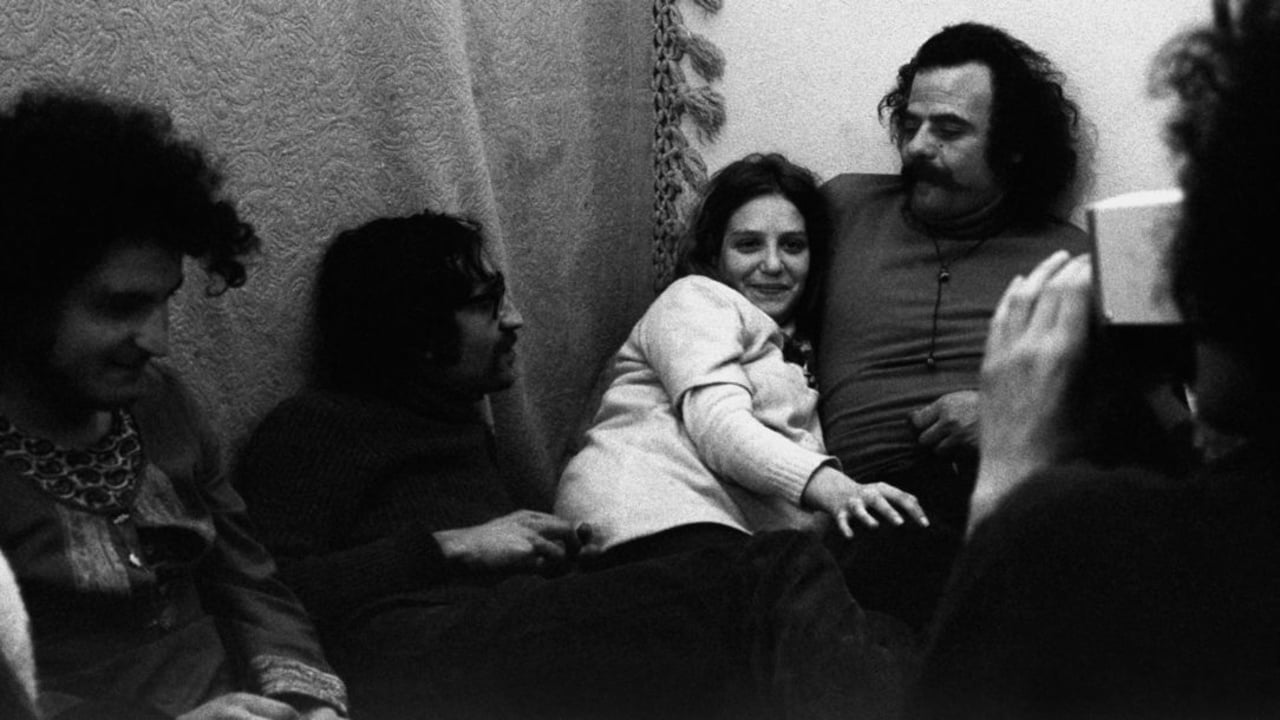 Anna, the nearly four-hour-long documentary shot in 1972 by Alberto Grifi and Massimo Sarchielli, and which recently screened in a restored version at Light Industry in Brooklyn, opens wittily, with the 42-year-old Massimo joking flirtatiously with young girls in Piazza Navona in Rome, famous for its Bernini fountain. One of the girls, the 16-year-old Anna whom Massimo puts up in his apartment, is eight months pregnant and living on the streets.

During a pre-screening introduction, critic Dennis Lim remarked that Anna, like all great films from the ‘70s, is really about the end of the ‘60s. Among its themes are the demise of the revolutionary ethos, and the profound anger, bordering on anarchy and despair, of the European youth. Such revolt isn’t new: It formed the central theme of Jean Rouch and Edgar Morin’s Chronicle of a Summer, shot in 1960. But if the tensions introduced in Chronicle of a Summer were a prologue to the unrest of 1968, in Grifi and Sarchielli’s film, they remain at a boiling point. The era of café revolutionaries, begun with Sartre, is carried on, chaotically; freedom and violence are debated over cappuccinos, amid confrontations with the police, and echoes of politically motivated bank robberies and terrorist bombings.

One young man rages so often, and so incoherently, we can’t be sure if Grifi and Sarchielli identify with him, finding him maddeningly electrifying or electrifyingly mad. The film’s appeal lies partly in confusing immersion, with plain-clothes policemen, an unsympathetic café owner, and a lawyer endorsing fascism serving as the impressionistic embodiments of the enemy that never sleeps. Sarchielli’s narrative authorship at times resurfaces: He rehearses scenes with Anna, dictating her lines and actions, and quite a few of the scenes are actually reconstructions of the past, rather than candid camera. Like Chronicle of a Summer, this early video film, made with portable analog equipment (some of it invented by Grifi), embraces cinema vérité’s ethnographic approach. And like Chronicle of a Summer, it breaks the invisible wall between the camera and the subject.

And where is Anna in all this? Central yet marginal, she’s Massimo’s social project. He wishes to help her, but according to his female friends, let’s her stay mainly because she makes an interesting film subject. Anna, with her angelic looks recalling Sandro Botticelli’s Venus, has a reputation as a young girl who pays for help with sex. This is part of her allure, and it raises questions of responsibility. The social system has clearly failed Anna: A teenager, she’s treated more like an escaped convict. Massimo steps in to fill the gap, but the male gaze he and the cameraman at times direct at her can feel invasive—more so since Anna has been so brutalized she readily offers herself to men, bringing up questions to what extent the camera exploits her vulnerability. One of the film’s uneasy intimacies between her and Massimo, her ribald host, is a long delousing scene in the shower. Massimo may not do more than soap up her buttocks, or squirt milk from her breasts, but she calls him “Daddy,” giving us to understand that she’s playing a naughty-girl part, and making the audience complicit in the film’s occasional voyeurism.

From juvenile institutions to a psychiatric ward (after the film), Anna’s story illustrates social ills that outrage her benefactors, while calling our attention to how the young, in their readiness for martyrdom, can also be trapped by the ideologies that promise to set them free. In this sense, the bigger questions that hover over the film are what else could have been done for Anna, and the limitations of art’s intervention in life. These questions are compounded by Anna’s attitude toward the film: She agreed to be in it, and perhaps saw that it meant a place to sleep and food, but grew resentful of being exposed. Her refusal to allow the filmmakers into the maternity ward is framed by Sarchielli as a betrayal—but we must wonder if life, or Anna, owes any loyalty to art in the first place.

Light Industry is a venue for film and electronic art in Brooklyn, New York. For its full summer schedule, click here.

Review: UFO in Her Eyes