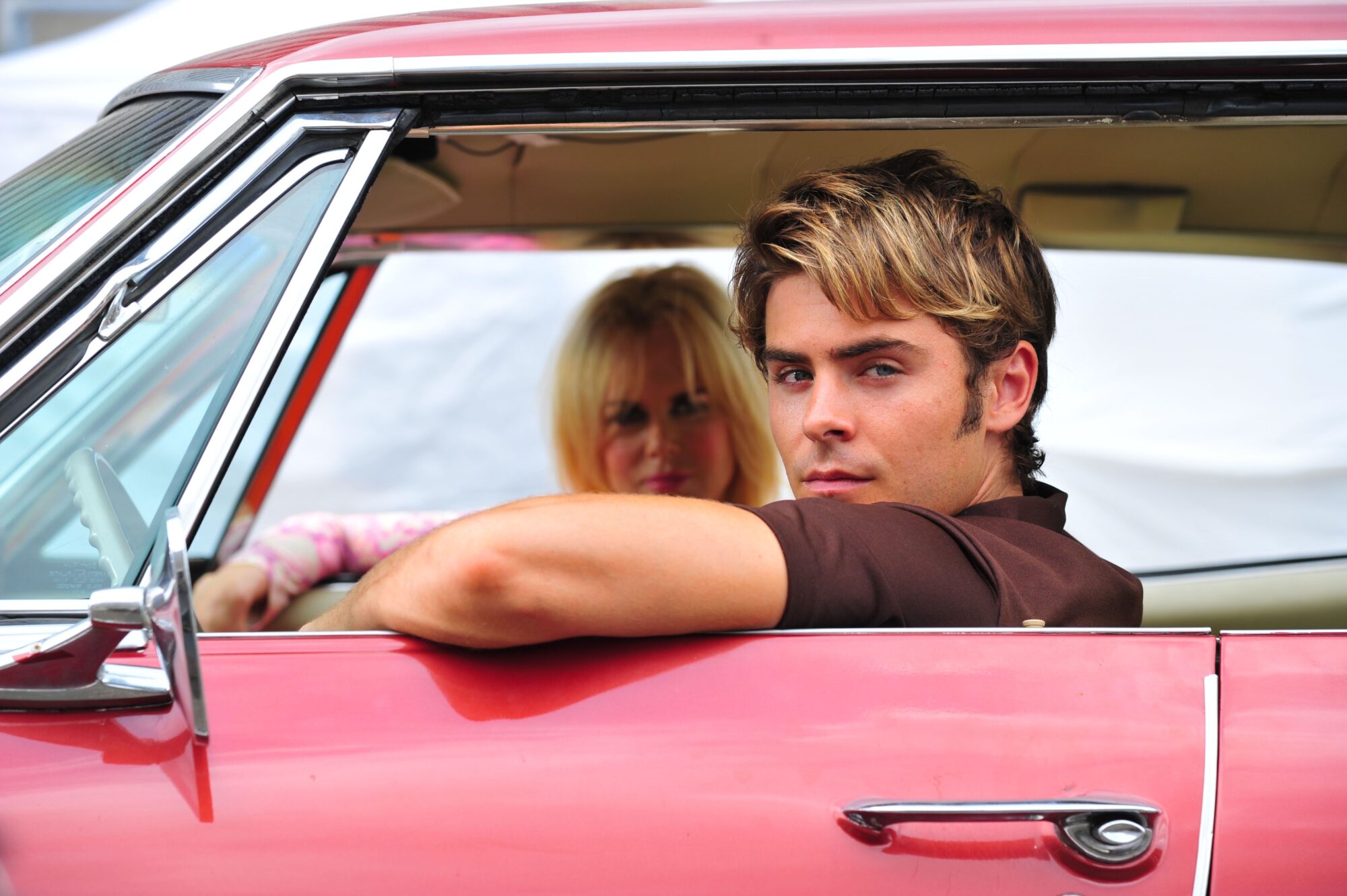 In The Paperboy, Lee Daniels’s hot-button, hot-tempered, hot-and-bothered sleazefest, the husky-voiced Macy Gray plays Anita, a 1960s housemaid from South Florida asked to recount the aftermath of a local sheriff’s murder. Though nothing actually delves into the surreal, the story she narrates suggests a tell-all from a character in The Help, provided the woman first popped a peyote button. Detailing the escapades of the family for whom she worked, Anita’s recollections are rife with mad, gratuitous indecencies, from public urination and S&M gang rape to random nudity and animal mutilation.

Since John Waters was apparently busy, this seedy material (dreamt up by Pete Dexter in his 1995 book) proved perfect fodder for Daniels, an auteur of grimy, sensationalist misery who also saw potential in Sapphire’s tale of an obese, illiterate, HIV-positive incest victim. The crude audacity of Daniels’s work surely has its outré appeal, and his eye for texture can draw beauty out of hideous scenarios. Directing Nicole Kidman as Charlotte, a salacious death-row groupie, and Zac Efron as Jack, the impressionable youngest in Anita’s host clan of journalists, Daniels creates an evocative, vintage dreaminess between the two, whether superimposing Charlotte’s hungry lips over Jack’s smitten, daydreaming face, or deliriously soaking up the sun while Charlotte pees on Jack’s jellyfish stings. The Paperboy deserves to be seen for its pulpy, well-executed excess, but as a filmmaker, Daniels seems ignorant of how the shocks distract from the story.

The actual plot unfolds in uninvolving, episodic bursts, which are no match for the sun-cooked shit show they punctuate. Along with Anita’s infrequent commentary, slapdash dialogue conveys some basic points, like the arrest of alleged cop-killer Hillary Van Wetter (John Cusack), Charlotte’s obsessed letter-writing to Hillary behind bars, and coverage of Hillary’s case by Jack’s writer-brother, Ward (Matthew McConaughey), and Ward’s assistant, Yardley (David Oyelowo), two worldly pros who return to Ward’s hometown to pursue the story. The common goal of this band of miscreants is to set Hillary free, an outcome that would mean lots of rigorous sex for Charlotte, and a possible Pulitzer for Ward and Yardley’s journalistic justice. But precious little of that matters when Kidman is doing her best deep-throat pantomime, or when Anita is imitating Jack by mock-masturbating through her padded pantyhose. The Paperboy’s raging libido and filthy abandon always win out, exposing Daniels’s id-driven compulsion to run wild with the provocations of his source.

There’s no shortage of admirable technique on display here, as Daniels knows precisely how to establish time and place, and doesn’t skimp on small details that add up to big impressions. He’s as particular about an era-appropriate, tangerine head scarf Charlotte wears on the beach as he is about Ward’s strumming of a piano as he leaves a bar, a casual gesture that makes a stylistic impact before its implications are known. From Efron’s glistening complexion to Cusack’s boy-gone-bad creepiness, he deftly casts for his palette, and with Kidman alone he finds a walking prop to continuously color his scenes, dolling her up like a poor man’s Brigitte Bardot and donning her in a great mess of tacky ensembles. Working with cinematographer Roberto Schaefer, he opts for a grainy look that recalls a decades-old newsreel, and with Motown music cues and cool aural effects (namely locusts), he works to paint a culture equally saturated with hot temperatures and growing black influence.

If there’s anything of substance in The Paperboy, its Daniels’s enduring sensibilities as a filmmaker who’s black and also gay, qualities that tend to manifest in his tone and mood as well as his subject matter. There’s a thick air of racial tension amid the film’s proceedings, with the inherent shadow of the civil rights movement ever-looming, but beyond that, there’s a distinct urban flair indicative of the director’s predilections. And along with the plot turns involving gay content (like the revelation of a character’s hush-hush tastes), there’s an overall, unmistakable queer perspective, from the train-wreck pageantry of Kidman’s campy role to the constant parading of Efron in tighty whities.

And Daniels gets a bevy of strong performances from his actors, including Efron, whose maturation continues to chase his incredible screen presence, and especially Kidman, who hits some rabid, professional peak in her proclivity to work with non-traditional filmmakers. It’s not hyperbole to say The Paperboy shows Kidman as you’ve never seen her before, or that it definitely boasts her ballsiest performance. Flaunting nearly all of her age-defying assets, she saunters from one mouth-agape scene to the next, hypnotizing as she goes. She makes Charlotte’s churning lust seem to seep right out of her pores, and that’s when the character’s not tearing a hole in her stocking, showing off pink panties and bikini-line stubble.

The matter of why Kidman went for the part may just be chalked up to actorly curiosity, which she’s never been short on, regardless of the results. And the truth is, her work here is a fierce, unmissable spectacle, despite being in service of a rather weightless role. So it goes with The Paperboy, which is bound to disgust and miff many who take its tabloid-friendly bait. What Daniels constructs is a formally skillful parade of nasty, stupefying indulgences, and it begs to be witnessed, despite being in service of a rather weightless, sidelined narrative. For better or worse, he’s managed to deliver one of the year’s most unforgettable movies.