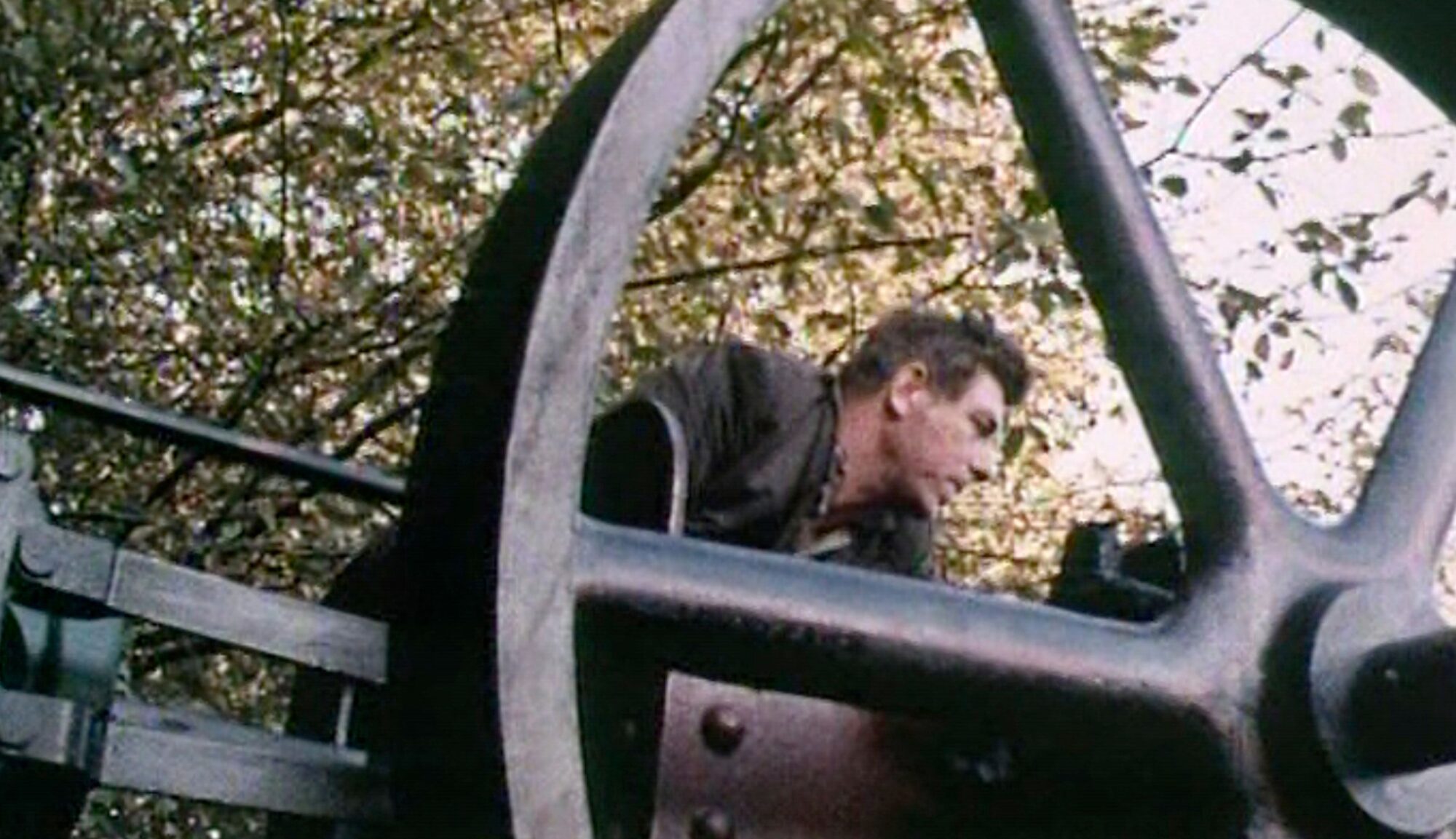 Although the film opens and closes with shots of cars wending their way down a suburban English street, the only vehicles glimpsed during the balance of Philip Trevelyan’s 1971 documentary The Moon and the Sledgehammer are of a considerably less contemporary orientation. That’s because the film’s subjects, the Page family, lead an isolated, defiantly pre-modern (though not pre-industrial) life, subsisting without electricity or running water while confining themselves to their six acres of wooded property south of London. While the women occupy themselves with gardening and embroidery, the men take on intensive mechanical work, rehabilitating an old steam engine, building a boat from scratch, their labor a throwback to an outmoded artisanal tradition that, in concert with the men’s stated philosophies, stands as a corrective to the prevailing curse of “push-button machinery.”

Notwithstanding the family members’ less than perfect articulation and the logical flaws of their arguments, theirs is a life lived philosophically. Confining his focus to the Page property and alternating between wide shots of the family going about their daily business and interview segments shot in uncomfortably tight close-up (picking out the odd pucker of the father’s cheeks when he puffs on a cigarette or the red splotches on one of the women’s faces), Trevelyan captures both the subjects’ obvious eccentricities and their apt musings on the wider world. Introduced reciting a bit of cockney poetry and dressed throughout in a shabby but functional suit, Mr. Page is both the film’s chief philosopher and clown. Possessed of some knowledge of outside society (though he seems unaware of, for example, the moon landing), but little positive regard for its functioning, he opines on the sorry state of the world, the prevalence of pesticides that make outside food inedible and the lack of quality work that results from mass production. Never at a loss for an opinion, the patriarch chimes in on matters of less weighty import as well. In one of the film’s more amusing—though borderline condescending—moments, he discourses at length, at the director’s prompting, on which animals are likely to make good pets (kangaroos, yes; lions and monkeys, no).

Despite his pretense at an objective stance (apart from a single title card, the film features no narration), Trevelyan’s portrait of the family’s lifestyle is chiefly positive. But in the film’s last 10 minutes, we learn that all is not exactly right in paradise. Mr. Page tells the camera that one of his sons is “no good.” Then his children (he has two sons and two daughters) begin to express dissatisfaction with their own lot and reveal to Trevelyan their father’s stubborn and unsupportive character. Watching this sequence, one wonders what impact the introduction of the director’s modern equipment into their isolated lifestyle might have had on the participants, both as a chance to air these pervious unacknowledged grievances and as a potential threat to their mode of existence. But mostly the family seems unfazed by the film crew’s presence and the issue isn’t explored any further. In fact, given the film’s short running time, modest scope and lack of any contextualizing information, that’s far from the only question of interest the filmmaker fails to raise. Still taking into account the very specific parameters of Trevelyan’s project, what we get is finally of considerably more significance than what we don’t.