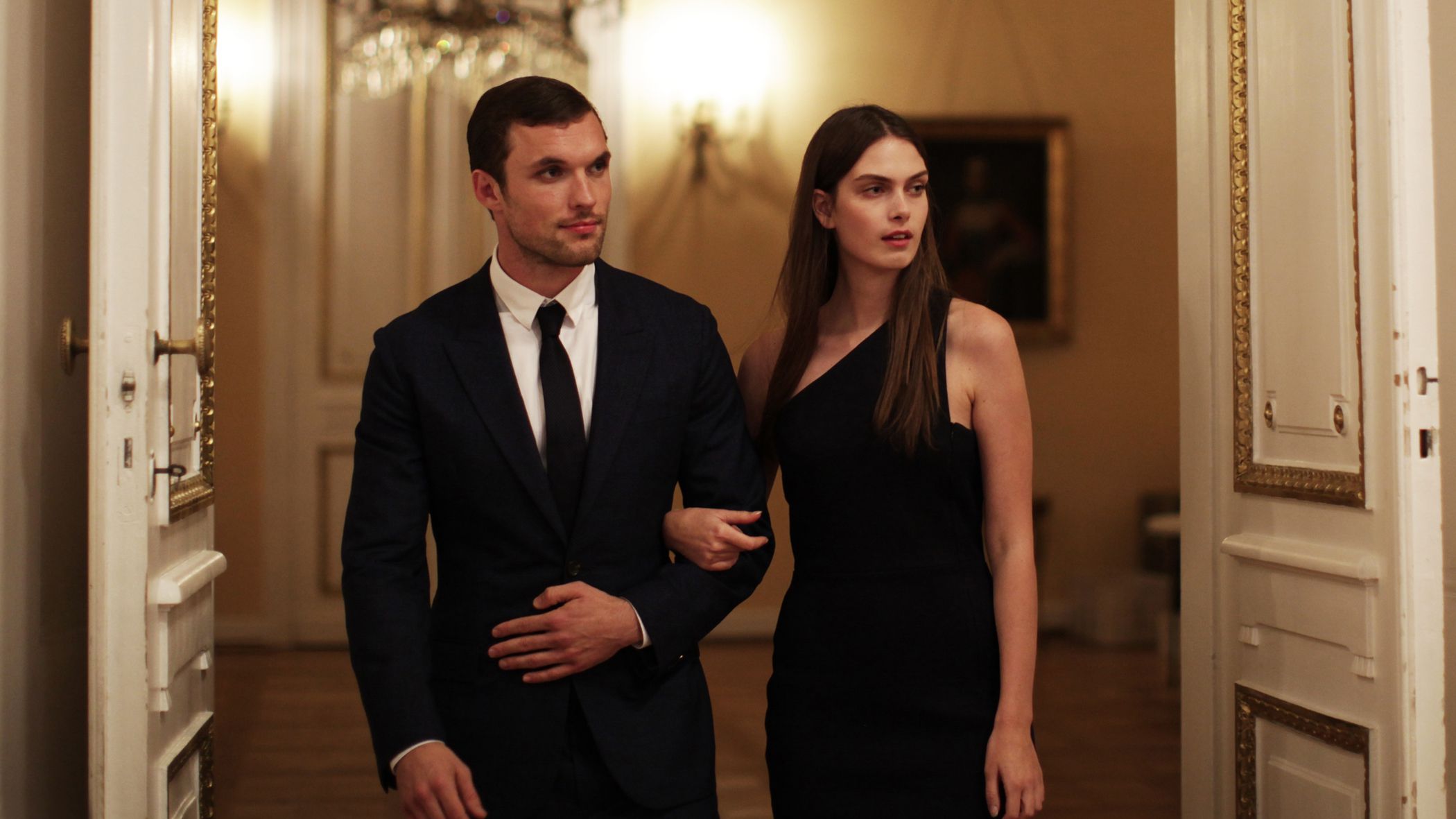 In writer-director Mads Matthiesen’s The Model, delightfully shot in an eerily realistic style, Paris’s fashion world is a kind of chamber of horrors teeming with deceit, literally cut-throat competition, and photographers who refer to female models as “honey.” Unlike many a film set in this world, this fable of broken dreams isn’t interested in fetishizing glamour, but in asking why it’s so alluring in the first place. The quest for lavishness and beauty appears as both a camouflage for emotional emptiness and a scam that powerful men craft in order to dupe women into sleeping with them, only to discard them. It’s a nasty game of mirrors capable of bringing out the worst in even the most perfectly decent young woman, such as 16-year-old girl Emma (Maria Palm), who’s just left her small Danish hometown to pursue modeling in Paris.

As Emma walks into her first photo shoot, like a baby goat foisted into a slaughterhouse, her provincial craving for stardom seems already doomed. Berated for her lateness and humiliated for her fecklessness by a world-famous photographer, Shane White (Ed Skrein), Emma is tersely told that she’s “done for the day.” Though she’s been reduced to tears, her resilience is obvious, as she quickly realizes what kinds of things she has to say, what lies she has to tell, what drugs she needs to take, and what sharp weapons she needs to keep close by so she can stand a chance in this cruel industry.

When Emma runs into Shane at a club, she promptly seduces him, but wakes up in his posh flat the next day by her lonesome. He’s already left for work, but has left the best croissants in town by her bedside; in a city devoid of empathy, it seems as if romance is only sales pitch. The more Emma’s career and love life merge through Shane’s doings, the more we cringe at the prospect of her downfall, as the film unapologetically warns us at every turn that fashion is nothing but a business, fueled by naïveté and rape.

One scene captures this dread particularly well. Emma walks into a press kiosk and browses the fashion magazine L’Officiel, finding a photograph of herself on one of its pages. It’s an image that Shane took of her, accompanied by the caption “Belle de Nuit”—a clear play on Luis Buñuel’s Belle de Jour, about a beautiful but frigid woman who dabbles in sex work. The kiosk cashier asks Emma, “Is that you?” She replies in the affirmative, overcome by the emotion of recognizing herself as if for the first time, not realizing that this version of her on the page isn’t only just an image, but a rather unsustainable one. The cashier lets Emma keep the magazine for free, and she walks off, oblivious to how replaceable her body is for lovers and magazines alike.

Here, Emma’s disposable function seems to be that of women in general, with models simply making an economy of rapidly expired bodies more literal and theatrical. Emma is merely a contour, an outline, to be filled with expensive fabric and thick concealer, holding her pose until the next girl comes along, and the one after that. The men who gaze at her appear as the self-entitled arbiters of female behavior, promptly telling Emma to not put her hand on her mouth when she smiles and coaching her on how to physically take a compliment. “I need you to be real bitches for this one” is how Shane directs her and her peers in one shoot. “Real nasty Parisian bitches.”

Shane’s speech isn’t only an avowal of the idea that these are just bodies, not beings, but that they’re also hollowed-out bodies from the start, corpses really, ready to be animated into his every command. After a series of violent events and intolerable abandonments, Emma eventually reaches her breaking point and fights back, like a “nasty Parisian bitch” indeed. The film, thankfully, refuses to provide us with a moral denouement or a taste of vengeance à la Roman Polanski’s Bitter Moon. Instead, it leaves Emma perversely trapped in the impossibility of woman’s position, unable to ever completely renounce the irresistibility of the very hands that snare her.