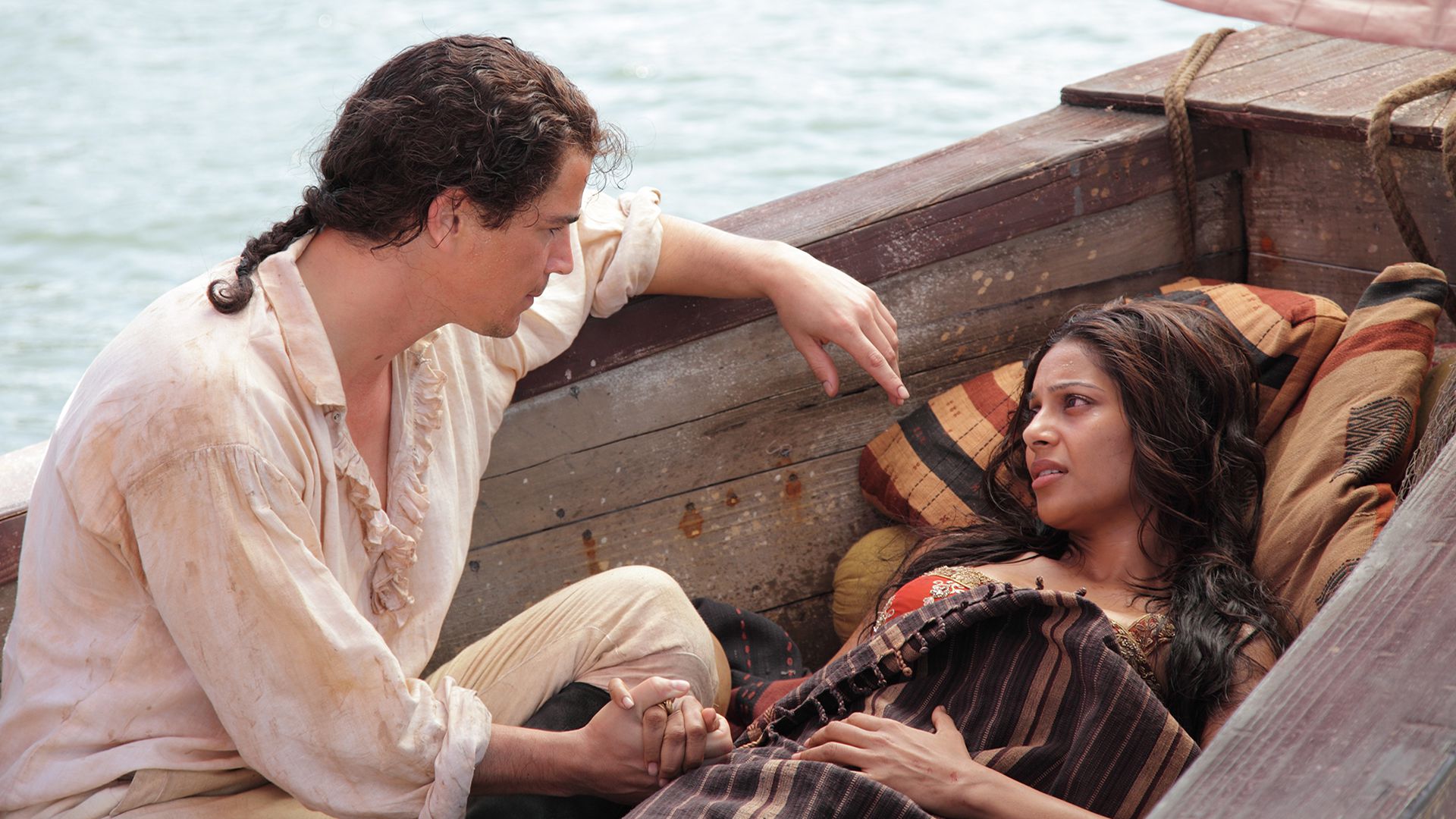 A piece of ham-handed kitsch at its most asinine, The Lovers, not in any way to be confused with Louis Malle’s film by the same title, is a shamelessly derivative and preposterous would-be blockbuster that goofily fashions itself as a sweeping romance, time-travel sci-fi tale, and gallant period piece all at once. Writer-director Roland Joffé has built a career on narratives of white men in foreign territories, with films like The Killing Fields, The Mission, and City of Joy being notable (and tiresome) examples of a distinctly middlebrow breed of the historical drama that locates subaltern longing through an imperialist lens. The Lovers is a swashbuckling variation on these themes, drawing on an Indian myth involving a pair of magical rings, that allows Jay Fennell (Josh Hartnett), a present-day marine archeologist, to be transported back to 1778 India as British officer James Stewart, stationed with the East India Company.

The rings are explained as standing for a testament to the eternal qualities of love, since Fennell, thought to be brain dead after an accident, leaves behind his wife, Laura (Tamsin Egerton), who holds his hand on an operating table while he’s mysteriously transported into the past, where he engages in a love affair with a female warrior named Tulaja (Bipasha Basu). Yet Joffé at no point explores the intended relationship between Harnett in the present and past beyond the entailed conceit, not even bothering to explain whether Fennell has actually been transformed into a British captain or whether the character circa 1778 just happens to look like him. Either way, Hartnett dons a wonky British accent for the period sequences, which horrifyingly vacillate between incoherent battle scenes and middle-of-the-night, whispered rendezvous. Dialogue ranges from expository to vapid, hitting a low point when Tulaja is solemnly advised: “I once told you life was simple. I was wrong.”

Joffé clearly uses Titanic as the film’s template, rooting its historical interests in contemporary science, here embodied by a flippant examination of marine archeology and quantum physics. Yet whereas James Cameron’s film at least displayed the good sense to utilize its present-day narrative by having an explicit and integral relationship with the past, Joffé makes no such connection for his disparate parts and offers not a single compelling reason for the film’s proposed connections between magical rings and colonial rule. There’s no revisionist history to be found, but nor are there even perceptible allegorical terms on which to engage the film. Instead, it all registers as fantasy hokum, emptied of discernible meaning beyond its hollow stock characters, who exchange sword clangs and platitudes regarding love and legion with the all the depth of a child incessantly clashing his toys together.