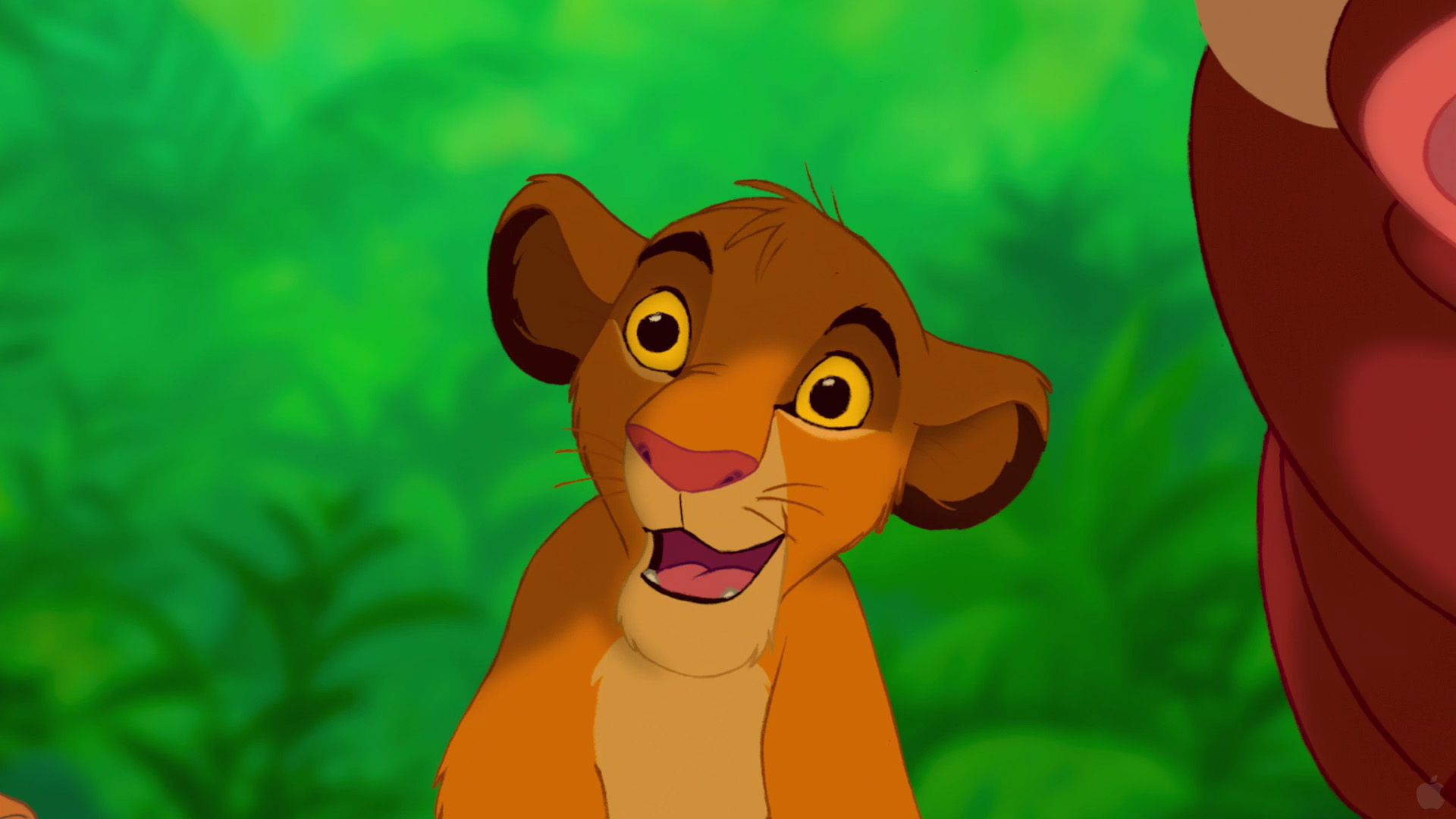 Although far from the worst offender in Disney’s canon, The Lion King is nevertheless host to many of the less savory qualities common to the studio’s output—namely, thematic obviousness, and a cultural insensitivity that often borders on xenophobia. That said, it’s also inventive, beautiful, and even weighty in ways that are rarely acknowledged, even by those who laud it as one of Disney’s greatest achievements. Returning to the film after more than a decade, it was a blessing unto itself to see shots being held for five or 10 seconds at a time, with scenery that’s breathtaking without being overbearing or obnoxious. It’s also better suited for 3D than half of what’s being shoveled into theaters today; witty visual gags, like an aggravated Zazu’s (Rowan Atkinson) flight toward the camera after tumbling down a waterfall, now double as a extra-dimensional money shots.

Call me biased, as I was once the film’s target audience: I remember, during a fourth-grade movie day, the sight of Simba (Jonathan Taylor Thomas) meekly trying to awaken his now departed father nearly bringing me to tears, and I’d be lying if I said the film didn’t retain some of its kick even to what are now relatively cynical eyes. The film eschews much in the way of allegory (minus some imagery straight from Riefenstahl; hey, animals can have Machiavellian aspirations too), instead aiming straight for the universal, and it works best when it hews closest to the core of its chief inspirations: the Bible and William Shakespeare’s Hamlet. By tapping into preexisting folklores (to say nothing of casting James Earl Jones as yet another badass father figure), The Lion King gets plenty of mileage in its quest for the epic, hammering such home with often rapturous imagery, from the momentous “Circle of Life” opening to the climactic, slow-motion tussle between Simba (voiced as an adult by Matthew Broderick) and Scar (Jeremy Irons, lending personality to an otherwise one-dimensional prick). Pity this is only the case about half of the time.

Standing back from the film’s overwhelming cultural saturation and oft-quoted soundtrack, it becomes apparent that the most important facets of the story are the ones audiences—nay, the storytellers themselves—had most taken for granted. Getting past it’s Bible-inspired plotline, The Lion King is most about lifestyle choices and collective responsibility, from Simba’s tumultuous relationship with his lineage to Timon (Nathan Lane) and Pumbaa’s (Ernie Sabella) “Hakuna Matata” apathy, the kind of “no worries” attitude that passively empowers destructive rulers. And while Simba’s youthful intoxication with class privilege—that he “just can’t wait to be king”—makes for a snappy music-video sequence, it’s never laid on the young prince that his time as king will directly correspond with the eventual passing of his father.

In these and other ways, the film opts for being merely distracting when it could have been both meaningful and instructive. Small potatoes, then, when Simba’s former childhood friend and betrothed queen Nala (Niketa Calame as a cub, Moira Kelly as an adult) unexpectedly reappears in his duty-free, protein-rich life, demanding he return to his kingly responsibilities and coaxing the lion to sleep tonight with arguably the most blatant “fuck me now” face to ever appear in a PG-rated film. If only plot and character motivation came down to more than the right platitude being recited at the right time, The Lion King might actually be as grand as it seems, but one only needs look past the Broadway-catering surface to behold the dearth of genuine wisdom or pathos.

In The Lion King, spectacle dominates meaning to frequently reductive effect, a quality that’s most obvious in the depiction of the film’s antagonists. Despite excellent character designs, these personification tactics are often lazy and troublesome; at the very least, they’re annoying in their simplicity. The villainous, racially stereotyped hyenas appear to have been born into their roles as henchmen (it’s also downright creepy that Whoopi Goldberg’s character Shenzi is also animated to look like her), and while there’s enough diversity among the entire vocal cast to counter the questionable insinuations of most of these choices, it’s still piteous that so much of The Lion King’s moral compass comes down to blatant, black-and-white visual shorthands. Operatic in its best moments and simply cartoonish in its worst, it’s the result of a group capable of greatness, altogether aware of that fact, and yet so ready to pander to the cheap seats.

Review: The Weird World of Blowfly