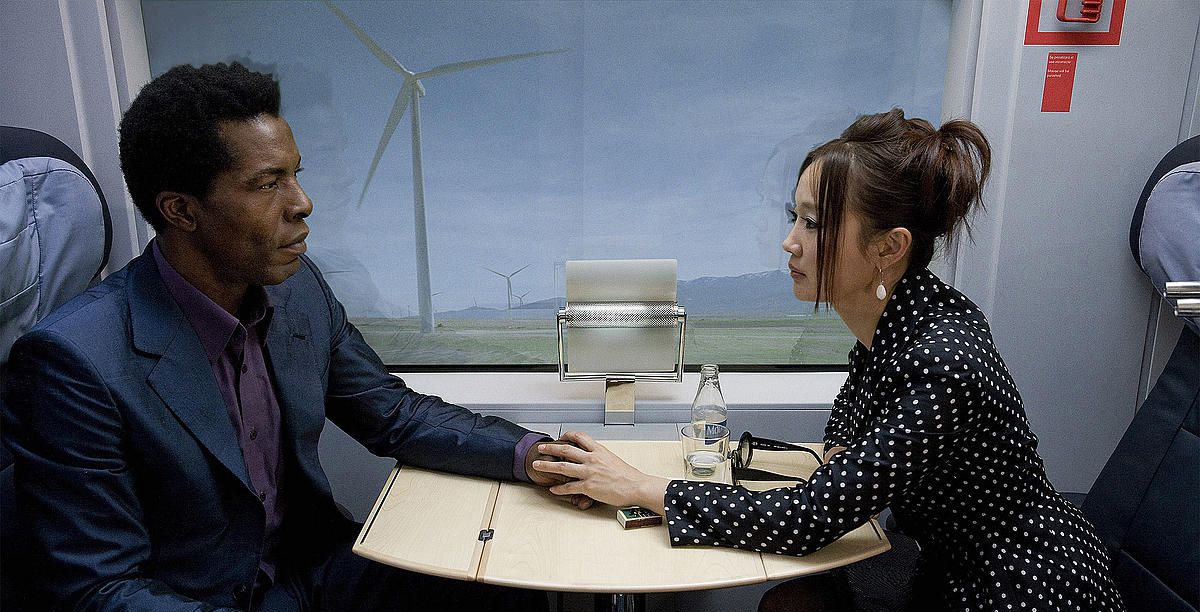 Folly of the most pretentious order, The Limits of Control is an obtuse stylistic immersion from the typically on-point and perceptive Jim Jarmusch. The lark of a story, with its laughably phony pretense of existentialism, follows a gangster (Isaach De Bankolé) on a scenic tour of Spain as he attempts to finish a job that, to the very end, remains as enigmatic in purpose as the strange persons that perpetually cross his path. These weirdos, played by Jarmusch’s coolest friends (Tilda Swinton, John Hurt, Gael García Bernal, a perpetually naked Paz De La Huerta), are all kookily trivial takes on familiar noir types, emerging from around corners to engage De Bankolé’s “Lone Man” in conversations about such things as the molecular structure of wood and to participate in absurdly elaborate exchanges of matchbooks whose contents—slips of paper with letters and numbers written across their surface—presumably advance the gangster’s search for some kind of political comeuppance. After only a quick glance, the man swallows his secret codes, washing them down with espresso he insists on being served to him in two cups—always two cups, and shot from above by superstar DP Christopher Doyle so as to convey what Jarmusch wants us to glean as the windows to the soul. But the redundant symmetry and meticulous color-coordination of the film’s aesthetic doesn’t represent a serious exploration of spiritual struggle; like De Bankolé mediating inside a darling Spanish flat, it’s just shallow posturing. Shunning the more playful and earthy idiosyncrasy of his earlier films for imperceptive philosophizing that invites whatever political reading the viewer wishes, Jarmusch confuses his heavy aesthetic touch for the heavy overtones of Eastern philosophy, and in the inexplicable act of encroachment De Bankolé’s mystery man accomplishes by film’s end, the writer-director actually works to trivialize spiritual practice and yearning. Resembling what a David Lynch film no doubt looks like to people who don’t actually like David Lynch films, Limits of Control is a singular but bland vision that seems only useful as a feng shui instruction manual.

Review: Ghosts of Girlfriends Past