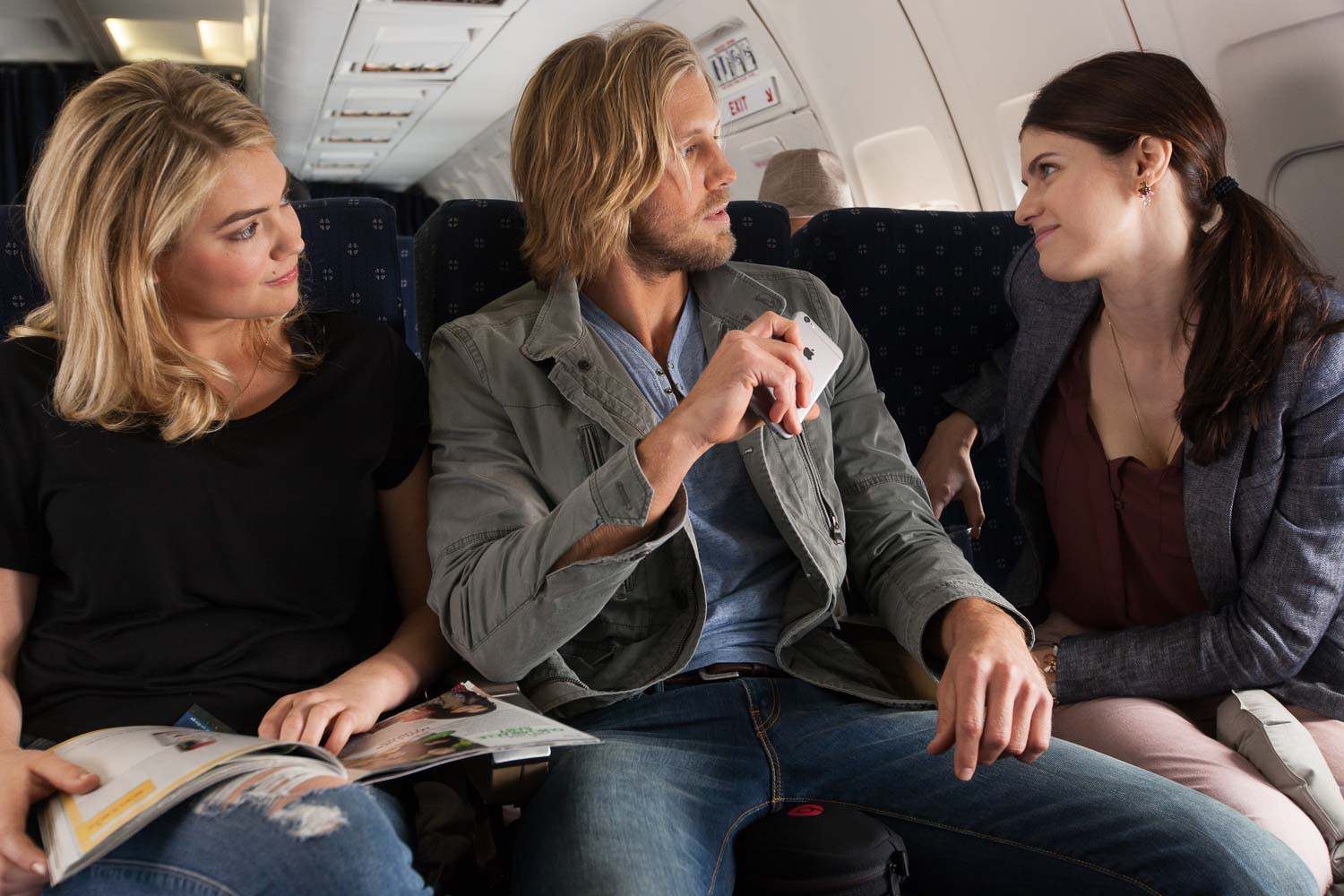 William H. Macy’s The Layover was clearly conceived and written by men who have no interest in approaching female friendships with any degree of complexity, curiosity, or respect. Kate (Alexandra Daddario) and Meg (Kate Upton) are besties who, after suffering meltdowns, briefly console one another before settling down to a night of wine and The Bachelor. When Meg takes a passive-aggressive jab at Kate, suggesting that she’s too reserved to get a man in the heat of competition, a tiresome game of one-upsmanship is kicked into motion where the women flaunt their sexuality in every way imaginable to prove that they’re more desirable than the other.

This petty game escalates when Kate and Meg take an impromptu trip to Florida and the hunky Ryan (Matt Barr) sits in the middle seat between them on their flight, which leads to Meg and Kate flirting with him relentlessly, peacocking to increasingly embarrassing degrees. What follows is a mean-spirited depiction of two best friends willing to destroy decades of friendship over a man they hardly know, a scenario made all the more excruciating with a third-act twist that meekly tries to shift the blame for the rift in their relationship onto Ryan, who’s revealed to have had his own bad intentions all along. Worst of all, though, is that the film doesn’t even have the dignity to explore the mending of Meg and Kate’s friendship without framing the act in direct relation to the man over whom they were fighting.

The Layover is content to reduce women to predatory, conniving shrews who’re more concerned with how strangers view them than they are with treating their best friends with a bare minimum of respect. But a film like this isn’t really concerned with respecting women in the first place, which at least its makers are honest about. “Testes before besties” goes one of the taglines in the film’s theatrical trailer, so it’s no surprise that any sense of love that exists between Meg and Kate, who’ve been friends since middle school, goes out the window as soon as Ryan’s obliques land in their sightlines.