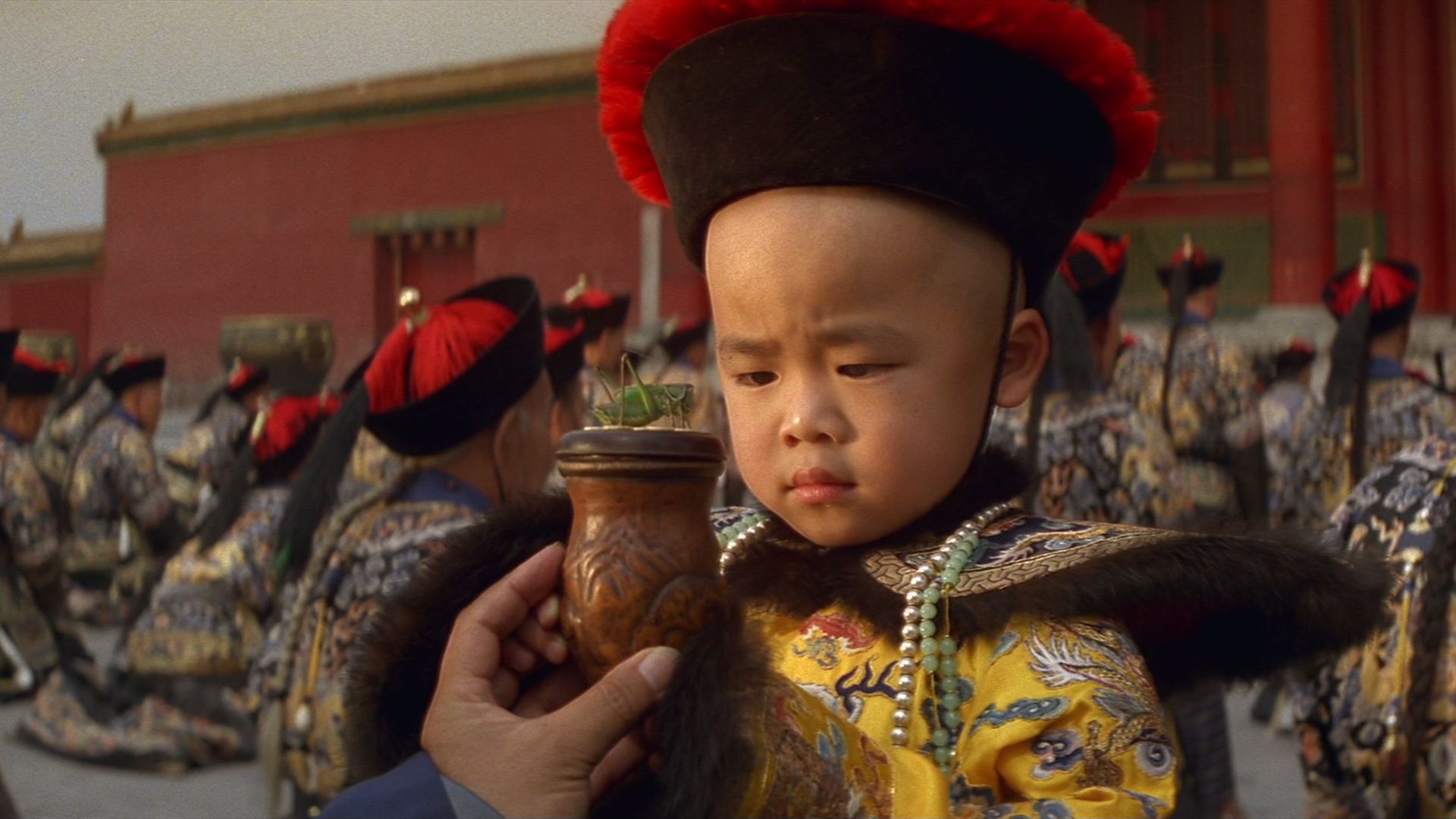 Bernardo Bertolucci’s The Last Emperor is the story of Pu Yi, the last imperial ruler of China, crowned at the age of three, sheltered inside the Forbidden City through a constant wave of revolts and violent takeovers before becoming in turns an exile, despot, and gardener who treaded lightly as Mao’s cultural revolution took over the nation he once ruled. There may be no more challenging material for Bertolucci to have tackled after the wave of controversy and acclaim that surrounded Last Tango in Paris. An epic with a complex set of themes, including the clash of cultures, the cost of moving ideology forward, the fragility of tradition and power, matched by an equally complex story arc built on flashbacks as Pu Yi recounts his life to interrogators while imprisoned for siding with the Japanese during the war. The once all-powerful Pu Yi is most gracious only after his release when, as an old tradesman facing a gang of students, he vouches for the prison warden who once saved his life. The Last Emperor is most decisively a lesson of nobility: The most destitute in a society is nobler than the one living in unimaginable privilege and wealth. In this way, Bertolucci’s most awarded film is also his signature, combining all the tricks he’d learned on the job; it celebrates the lower classes just as Italian cinema did when Bertolucci began as an assistant to Pasolini on Accatone and broke out as a director himself. The flashbacks mirror the disjointed narratives of The Spider’s Strategy and The Conformist, while the colorful imagery and international range of production in Last Tango in Paris and epic storytelling of Novecento are decisive parallels. Bertolucci worked with the same essential crew members on many of these films, and while it cannot be said that Last Emperor uses these traits more effectively or with more innovation or skill than any of Bertolucci’s previous works, the sheer scale and majesty of the film reveals a director challenging his previous successes to create his definitive film. Bertolucci is aided by a versatile performance by John Lone as the adult Pu Yi, depicting the fallen idol with a subtle sense of tortured arrogance, as well as by costume designer James Acheson, art director Gianni Silvestri, and most notably cinematographer Vittorio Storaro. The awe-inspiring camerawork combines gorgeous color, expansive landscapes, and a set of beautifully incorporated symbols—such as the cloths that shield the emperor from the real world and suggest his separation from modern times—to make The Last Emperor a uniquely powerful visual experience.