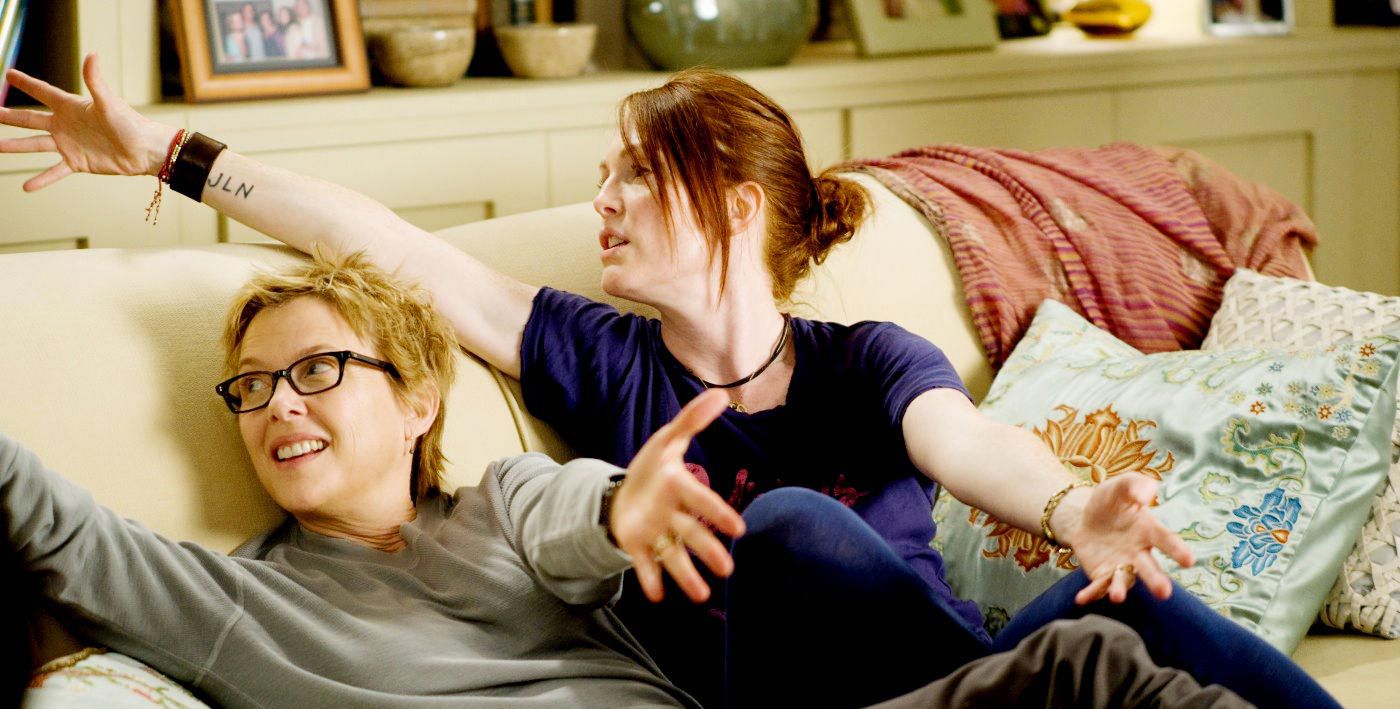 Lisa Cholodenko is one of the more radical visionaries working in American indie cinema today. So it’s a shame her voice is often drowned out in a world in which loud-and-proud LGBT films and characters are aplenty, but nuanced, flesh-and-blood protagonists that just so happen to be gay or bisexual are few and far between. From High Art to Laurel Canyon to her latest The Kids Are All Right, Cholodenko has proven herself more like a documentary filmmaker, painstakingly trying to present people on screen as they really are—complicated and messy, forever defying labels and bouncing out of boxes—as opposed to how we wish them to be or how they present themselves. Which, of course, is a damn hard sell.

So Cholodenko may have finally made the smartest move of her career in casting two, fairly high-profile, Academy Award-nominated actresses as the lead couple in The Kids Are All Right. In fact, the entire acting ensemble is a quartet of stellar talent combined with killer chemistry. Annette Bening and Julianne Moore play control-freak breadwinner Nic and rudderless homemaker Jules, respectively, two loving middle-aged moms with well-adjusted teenagers. Their seemingly cookie-cutter partnership is upended when Paul (Mark Ruffalo), the free-spirited restaurateur whose sperm they used, enters their cozy suburbia courtesy of college-bound Joni (Mia Wasikowska), who locates him as a favor to her younger brother Laser (Josh Hutcherson). And it’s these characters, all of whom feel as comfortable and lived-in as a pair of old blue jeans, that make up the solid foundation of a story that organically unfolds like a page-turning novel, smoothly segueing from laugh-out-loud hilarious (Moore especially has her screwball comedic timing down pat) to heartbreakingly poignant—sometimes both at once. Cholodenko and her co-writer Stuart Blumberg have a knack for conveying the multiple roads a relationship can take at any given moment, forever surprising us like life itself does. Because Cholodenko will follow her characters anywhere, rather than lead them to preconceived conclusions, so will we.

Also set to a specific, propelling soundtrack that includes a lot of strategically placed Bowie, the film refreshingly deals with actual adult issues, such as how family dynamics change when the first kid leaves home, and when one wonders if a long-term partner is even attracted to them anymore. Each and every character blossoms in unexpected ways. Honor student Joni cracks under the pressure of watching her moms’ union fall apart even as her own childhood slips away. Her headstrong independence can’t mask the mix of excitement and terror that comes with redefining the parental relationship. And inside freewheeling Paul, a buried desire for family emerges, only to smack up against the harsh reality that families are built through hard work, and aren’t magically given to those who haven’t spent years earning them.

By the time Jules finally clears the air with a powerful monologue that exposes the dirty little secret that marriages, like life, don’t come with directions, that you kind of just have to slog your way through it, the film begins treading truly revelatory territory. What does it mean to work hard to build a family and to watch it collapse, and for it to be reborn into another form? No, this isn’t the stuff of summer action flicks, but universal affairs of the heart. But since Cholodenko and her cast have actually experienced these events of change and growth firsthand, to see those true emotions transferred intact to the screen is every bit as breathtaking as the most elaborate shoot-’em-up.

Review: The Girl Who Played with Fire