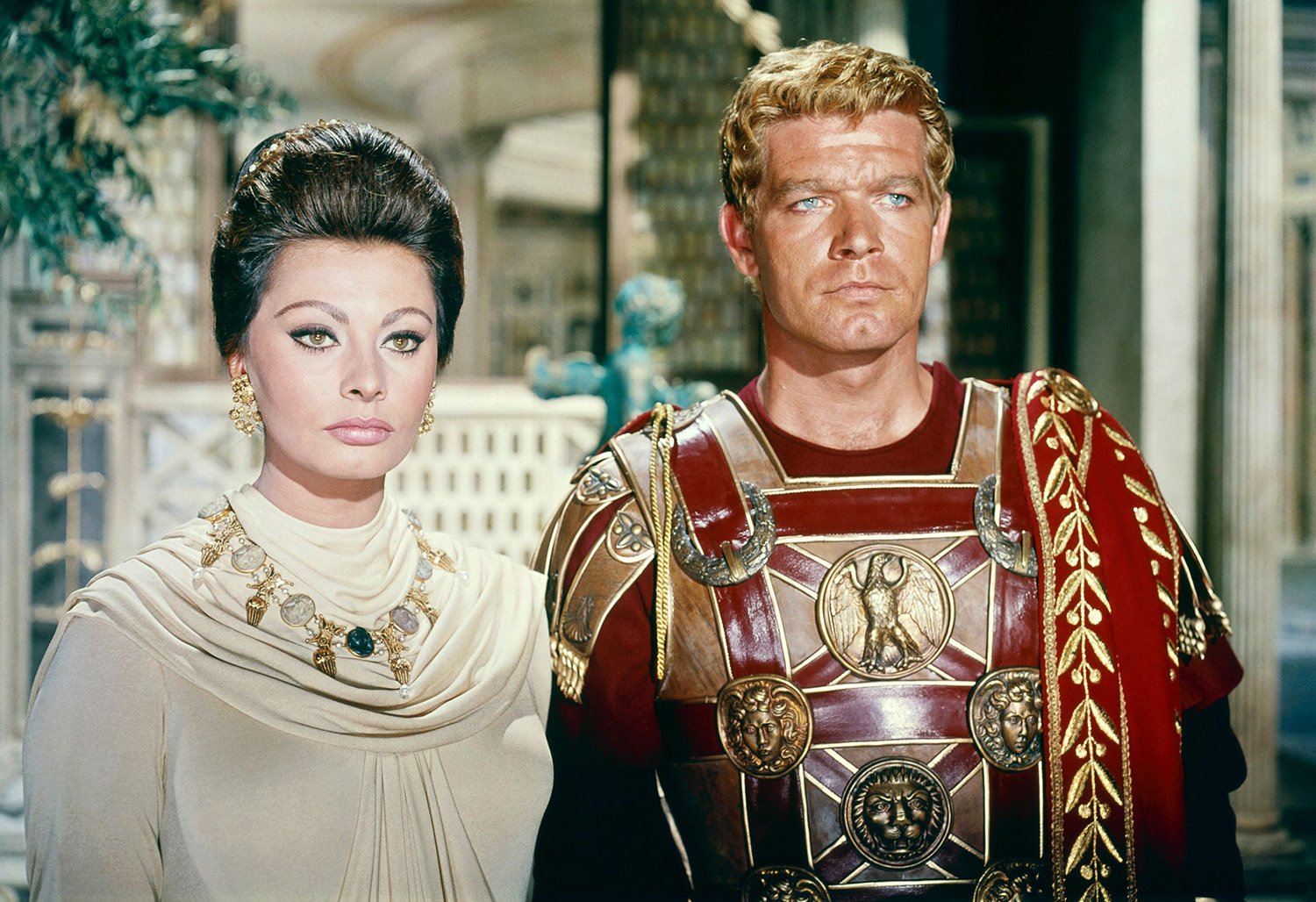 A darker, tougher companion piece to El Cid, The Fall of the Roman Empire has always been unfairly overshadowed not only by its more popular predecessor, but also by the fall of its own behind-the-scenes empire. (The mammoth project’s disappointing box office led to the end of Samuel Bronston’s Europe-based super productions.) Both films benefit immensely from the sobriety and rigor Anthony Mann brings to a genre usually governed by mindless spectacle, though Fall hems closer to the director’s obsessive theme of the system collapsing from within, a motif Mann explored in settings as diverse as the noir city (T-Men), the French Revolution (Reign of Terror), and the American frontier (The Man from Laramie). In Mann’s epic, the seeds of Rome’s collapse are planted with the demise of Emperor Marcus Aurelius (Alec Guinness), whose dream of a unified Pax Romana gives way to the bitter conflict between his corrupt son Commodus (Christopher Plummer) and heroic general Livius (Stephen Boyd). Their brotherly bond turned to bloody rivalry, Livius seeks refuge in romance with his beloved Lucilla (Sophia Loren) while Commodus toys with his crown of laurels and barbarians prepare to cross the frontiers.

Put bluntly, the difference between El Cid and Fall is the difference between faith in a concept of heroism that can transcend even death, and the realization that the fate of the world rests not in the hands of brave warriors but in those of devious schemers who speak softly and carry poisoned daggers. The former is sun-dappled and hopeful, the latter is wintry and gravely Olympian: Plummer’s Commodus mentions the “laughter of the gods” that oversees the intrigue, a notion superbly visualized by Mann in various severe tableaux in which the howling wind seems to mock the characters. Robin Wood once praised Mann as one of the few American filmmakers able to convey the pain of violence, and, pictorially gorgeous as it is, the picture fully illustrates his claim; the torture by torch endured by the adviser Timonides (James Mason) is an instance of off-screen brutality to match Gloria Grahame’s collision with scalding coffee in The Big Heat, while the protracted duel between Livius and Commodus is authentically draining in its vision of a civilization’s cruel and virtuous sides canceling each other out. Indeed, in its profound disillusionment, Fall seems to owe its failure with mid-‘60s audiences less to being out of fashion than to being ahead of its time.