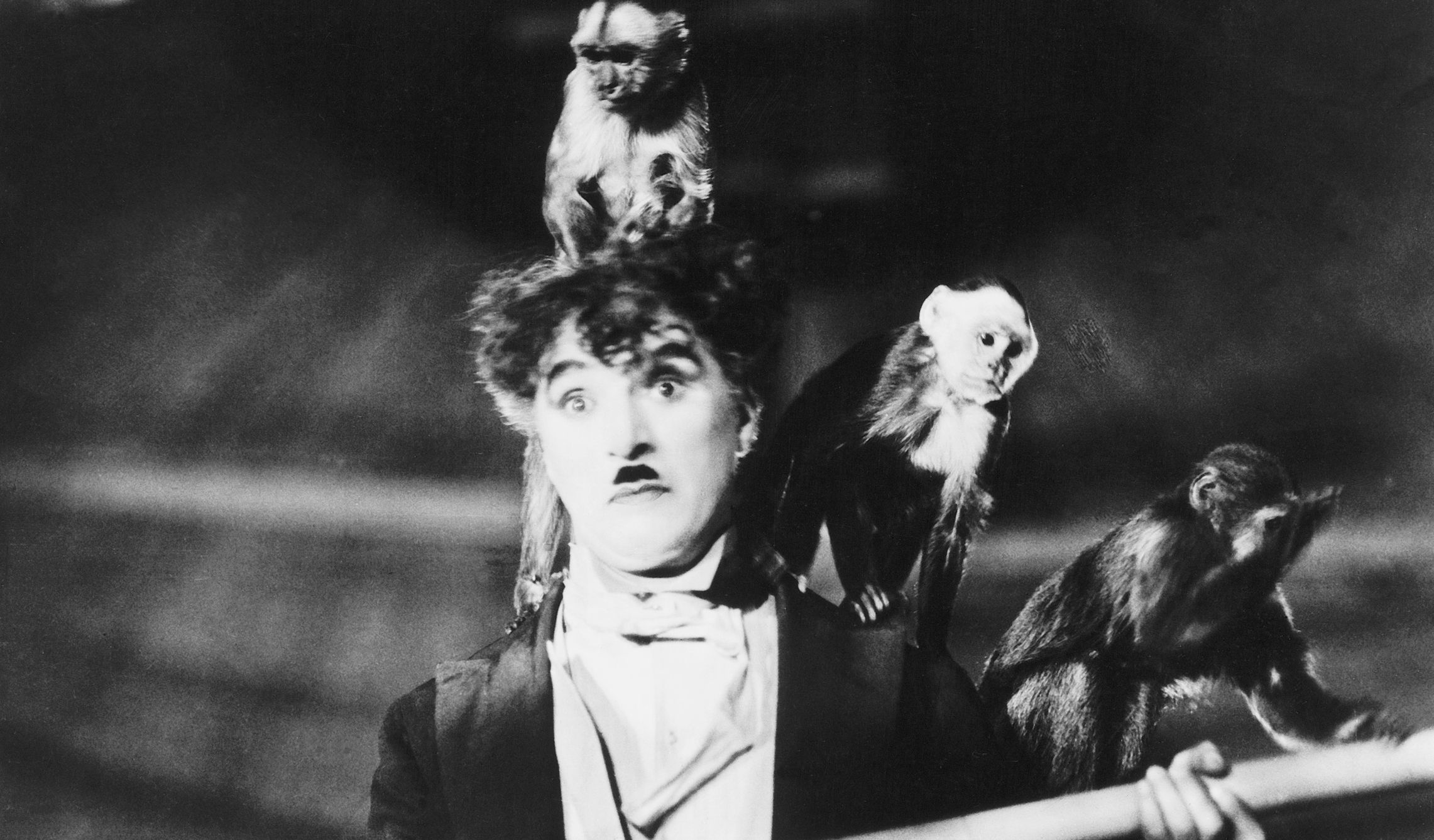 The film that most definitively silences critics who claim that Charlie Chaplin’s movies aren’t cinematic, The Circus is a great elegy to the lost art of music-hall pantomime and, for that matter, the soon-to-be lost art of silent-film comedy. Production on this most underrated of Chaplin’s silent features wrapped three days after the premiere of The Jazz Singer. And yet, though the writing was on the wall that the silent clowns’ days were numbered, The Circus never feels maudlin or self-pitying like Chaplin’s later Limelight, where he mourns not the end of a particular aesthetic, but the very loss of his audience. This is very impressive, because the circus has become, in the hands of other filmmakers like Cecil B. DeMille and Federico Fellini, a site of calculated emotional manipulation, a setting where directors tweak our feelings with the subtlety of ringmasters cracking their whips.

The Circus is the most distant of Chaplin’s silent features, even existential in its portrayal of the Tramp, who ends the film in circumstances pretty much unchanged from where he starts. One sequence, in which Chaplin pursues a thief to a Noah’s Ark amusement ride is particularly Keaton-esque in the way he limits his behavior to appear like an animatronic prop, only mechanically beating his foe with a cane every few seconds, when he, as a clockwork figurine, would be able to. An homage to his earlier, more gag-driven one- and two-reelers, the film lacks a conventional plot, but is rather a pearl necklace of strung-together episodes, each built around gags that snowball almost to the point of flying off the screen.

The Tramp, unfairly accused of stealing, is chased into the middle of a circus performance, where he unintentionally wows the crowd and lands a job as a clown. Chaplin strings together several great set pieces, but two in particular really stand out. In the first, the Tramp, having swallowed a massive horse pill, is chased across the circus lot by a donkey and seeks refuge in what he thinks is an empty trailer. But it’s the lion’s cage, and when he turns to leave, the door locks behind him. At least the lion is sleeping, but a dog comes and starts barking frantically at the Tramp, threatening to wake the lion up. He tries to crawl into the next cage, but that one’s holding a very-awake tiger. When he crawl’s back into the lion’s cage, he nearly knocks over a steel tray. Then the ringmaster’s stepdaughter (Merna Kennedy) stops by and he tries to get her to open the cage, but she faints from the very idea of where he’s trapped. Then she wakes up and opens the door, but, trying to impress her, he stays in the cage acting like he’s not scared—until the lion roars and the Tramp finally comes charging out.

The second great sequence involves the Tramp’s attempt to woo the ringmaster’s stepdaughter by showing her that he can stroll the high-wire as fluidly as her beloved tightrope walker, Rex (Harry Crocker). The Tramp’s already arranged it so that he’ll be tethered the whole time, since he has no actual tightrope-walking experience. But, of course, as soon as he gets up there, the tether breaks. Then a pack of wild monkeys he had accidentally set free earlier climb up to the tightrope and start crawling all over him, one sticking his tale in the Tramp’s mouth, another biting his nose. To make matters worse, he starts losing his clothes. It took Chaplin 700 takes to get this sequence exactly right, and it shows. Building these gags as much in the editing room as in front of the camera, Chaplin allows not one second of wasted screen time.

Of course, the audience at the circus—and at the movie theater—eats it up, because the comedy is completely unexpected. When the Tramp purposefully tries to be funny, he’s not; when he doesn’t try, he is. Some of the gags he puts on display, like the William Tell joke, would formerly have captivated the moviegoing audience even just a decade before. Now, Chaplin, along with Henry Bergman as an outmoded clown in the commedia dell’arte tradition, aims to show how such a joke in its basic form, can’t work for the more story-hungry audience of the late ‘20s, because they’ve seen it all before. The jokes that ‘20s audiences would appreciate would be more visual in nature, like a dazzling sequence in which the Tramp is pursued into a hall of mirrors, inspiring all of the great funhouse scenes in the future, from the climax of Orson Welles’s The Lady from Shanghai to Tonino Valerii’s My Name Is Nobody.

Unable to reinvent himself, the Tramp is left behind at the end, alone in the center of the circle where the Big Top once stood. He doesn’t project sadness at this moment, but acceptance that his fate has brought him back once more to obscurity. Chaplin employs the circle as the primary motif of his film, from the very opening shot of a paper hoop through which the ringmaster’s daughter emerges, to the trapeze rings that support her in the air during the opening song “Swing Little Girl,” to the rotating treadmill platform on which Chaplin attempts to flee a policeman, to the circle he finds himself sitting within at the end. He’s back where he started, but when he leaves the circle at the end, and the iris closes in on him, it is as if, like Monica Vitti’s exit from the screen at the end of L’Eclisse, his existence ceases entirely.

There’s no room for this version of the Tramp in a world without the music hall, without silent film, just as practitioners of other art forms—whether radio dramatists or hand-drawn animators—have found themselves at the height of their skills but without a medium. Indeed, though Chaplin kicked and screamed his way into the sound era, elements of sound design are crucial to City Lights and Modern Times, if even to just highlight his self-conscious absence of sound. But, for one last time, in The Circus, words didn’t matter.