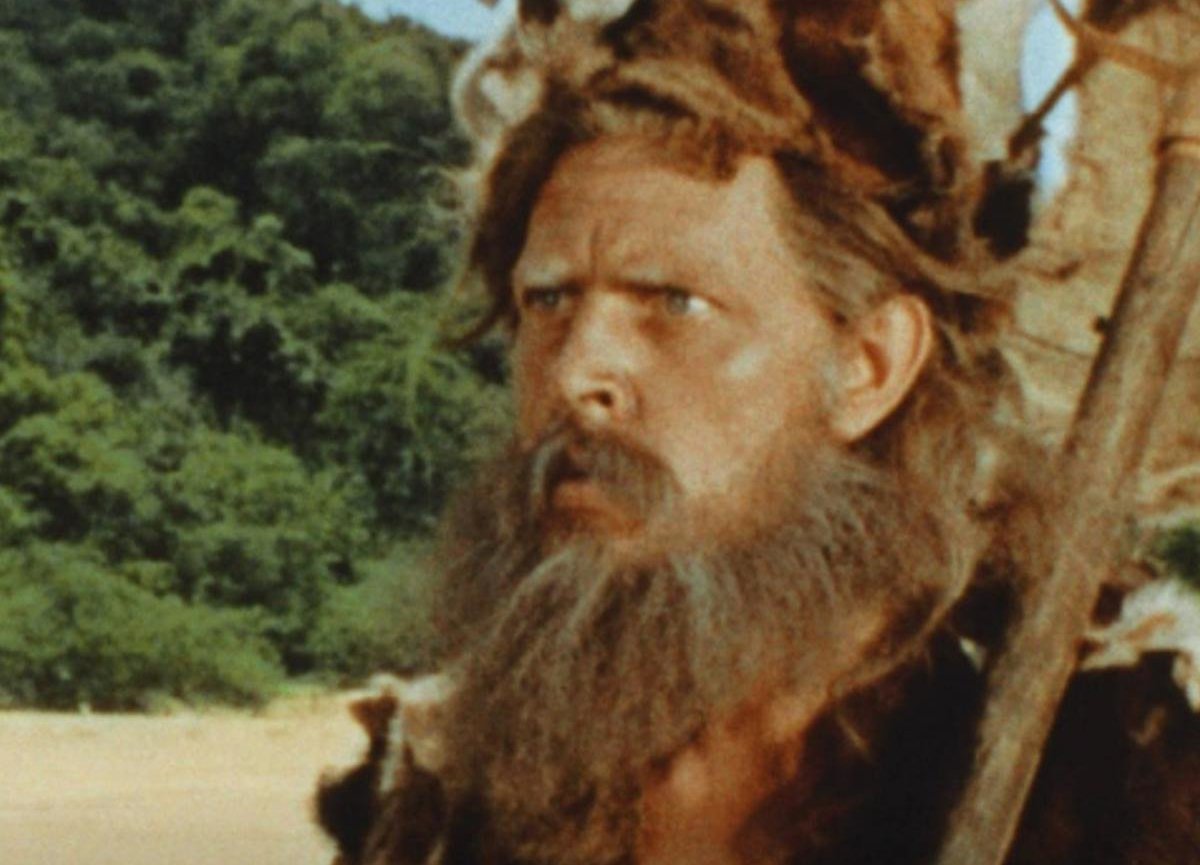 Luis Buñuel’s first color film, The Adventures of Robinson Crusoe, is also his only film written entirely in English. Fulfilling his father’s prophecy of disaster, Robinson Crusoe (an Oscar-nominated Dan O’Herlihy) is stranded on a deserted island along with his cat Sam and his dog Felix while on a trip to purchase African slaves. His curiosity is unending and his recycling of the land’s resources highly economical (he protects himself from wild beasts and savages using the pilfered remains of his now-sunken ship). More so than any other dramatization of Daniel Dafoe’s classic novel, Buñuel’s Robinson Crusoe is both morally and spiritually adventuresome. Crusoe turns to a copy of the Holy Bible not long after Sam gives birth to a litter of kittens (Buñuel, though, is careful not to call too much attention to the feline’s immaculate conception), and his surreal encounter with his father’s spirit reveals the castaway’s complex view of religion, forgiveness and guilt. It’s easy to see the wheat grain Crusoe discovers outside his makeshift shelter as a gift from God (indeed, the scruffy O’Herlihy stands atop the island’s highest mountain like Moses waiting for his people’s manna) yet Buñuel never suggests that Crusoe is in conflict with a Christian deity. Instead, the director posits a more existential relationship between Crusoe and nature. O’Herlihy’s narration is redundant (“I learned to master everything but myself”) and preachy yet there’s no denying the richness of the film’s moral ambiguity. Friday (Jaime Fernández) is both Crusoe’s friend and slave, and though he’s startled by the native man’s cross-dressing and insatiable need for human flesh, Crusoe nonetheless respects the purity of Friday’s untainted morality. Through Friday, Crusoe comes to understand that good cannot exist without evil and, most importantly, Buñuel dares his audience to question everything they’ve come to know about morality, savagery, and everything in between.