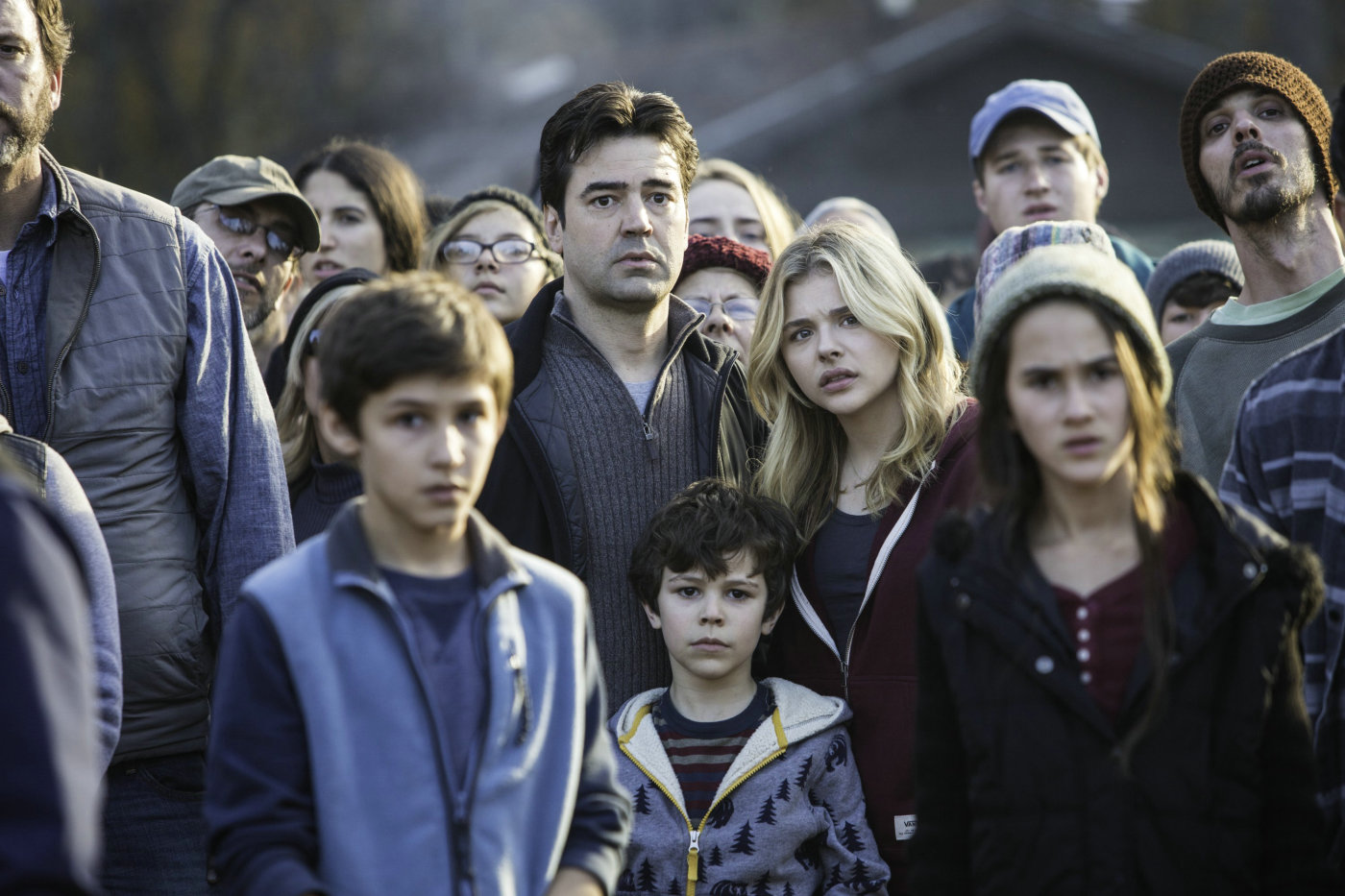 J Blakeson’s The 5th Wave doesn’t do much of anything exciting to serve as a cornerstone for a nascent franchise, but it certainly functions as a potential touchstone for a troubling trend. Based on a series of young-adult novels, the film launches with an end-of-days scenario, gene-splicing elements from the disaster and alien subgenres to form a lumpen sort of The Independence Day After Tomorrow. Chloë Grace Moretz (increasingly demonstrating that conveying detached, Kick-Ass unflappability is her long suit) plays Cassie, an unassuming suburban cheerleader, no different from anyone else—aside from, you know, interesting people. Then all her beer-ponging, quarterback-flirting plans get brusquely sidelined when a mothership too closely resembling the one that dwarfed Devils Tower straddles the stratosphere and starts getting all Moses on the world, unleashing plagues and snapping off Snapchat with a globe-wide electromagnetic pulse.

The few survivors in Cassie’s Ohio locale (more than one would think, thanks to the film’s shaky sense of scope) gather at a refugee camp. It’s there that the children are quickly loaded onto buses and taken to a military base, where they’re instantaneously told they’re going to help mankind’s battle against the “Others” and slammed into basic training. Cassie manages to escape the compulsory recruitment, but her kid brother—whose teddy bear she was trying to retrieve when the buses pull away—doesn’t, alongside a band of teens and tweens who’re given M16s and helmets that allow them to see the aliens living inside their hosts’ skulls (a flourish more or less ripped off from John Carpenter’s They Live). After she’s saved by a strapping, wood-chopping slab of masculinity whose name—Evan (Alex Roe), for the record—is far less relevant than his pecs, Cassie sets out to reunite with her brother.

There’s something plainly off about how quickly and casually children are broken down and fatigued up, and not just from the standpoint of plot functionality. The 5th Wave joins, or at least aspires to, YA-fiction titans The Hunger Games and the Divergent series. The film’s tipping point is voiced in a line of dialogue two-thirds of the way through when one child soldier ponders the global carnage wrought by the Others and considers his comrades lucky to have been saved by the army’s buses. The other, a gothy spitfire, Ringer (Maika Monroe), who threatens to dick-punch any soldier who dares look at her tightly clad rear, scoffs, “We weren’t saved. We were drafted.”

Even if only accidentally, the exchange exposes the objectionable given that characterizes this film and those that inspired it: the sense that children’s attitudes toward rampant militarization are being gradually normalized, just perhaps on a slower timetable than The 5th Wave’s musket babies have to endure. The belligerent subtext is evident even in the trajectory of Cassie’s Twilight-derived love triangle, as she drifts from her bashfully handsome high school boy-crush, Ben (Nick Robinson), to her scruffy-woofy all-man protector, who seals the deal with her when he shows her how to disarm an assailant. Cassie muses that her travails only serve to emphasize the importance of maintaining her sense of humanity, but at no point to the trigger-happy filmmakers offer any evidence that they agree.