Danny Boyle’s sci-fi epic Sunshine is about a team of scientists sent on a mission to reignite a dying sun, is neither a mindless Michael Bay extravaganza nor a chin-strokey affair in the vein of Andrei Tarkovsky’s Solaris. It’s the cinematic oxymoron many of us have been waiting for: the thinking man’s action movie.

It also happens to be gobsmackingly stunning, ruthlessly intense, handsomely cast and blessed with a 100% insane last act that won’t be everyone’s cup of tea, but had yours truly grinning from ear to ear. Danny Boyle’s Sunshine is a spectacle quite impossible to put into words, and that’s exactly what makes it brilliant cinema—albeit the kind that’s difficult to defend on theoretical grounds.

Imagine what it would feel like to cut yourself off from everything that made you the person that you are and veer so close to the source of life that it could kill you in a flash. To be humanity’s only hope, face God and destiny head-on and gradually lose your mind when you realize what that actually means. As you’re watching this film unfold, you sense that the scientists of Icarus II have reached the very boundaries of human comprehension and need to overcome a cultivated fear of the unknown. The film starts off rationally, even grounded scientifically, but then almost completely derails into utter madness, crossing beyond all logic to culminate in a deeply emotional apotheosis during which much is felt and little is explained. It’s a bold conceptual turn, and marvelously executed on a stylistic level.

In an inversion of genre convention, blinding light is the antagonist for which the vast cloak of darkness surrounding the spaceship provides feeble shelter. With a drama so centered on the conflict between the seen and the unseen, it comes as no surprise that the true star of Sunshine is the cinematography. Boyle and his D.P. Alwin Kulcher found a way to photograph light as an almost physical presence by shooting scenes involving artificial light with anamorphic lenses, causing flares to appear distorted, and by using standard Super 35mm lenses for circular flares whenever rays of sunshine seep in. (A similar friction of styles can be found in the score: a hybrid of Underworld’s electronica and John Murphy’s classical orchestrations.) At crucial moments, long lenses narrow the spectator’s focus to both breathtaking and unsettling effect, and near the end all sense of focus is thrown out of the window. The editing, while fairly traditional at first, becomes increasingly frenetic, with subliminal shots (was that a face?!?) and freeze frames at the moment you least expect them. In terms of sound, Boyle finds an effective middle ground to Ben Burtt’s cartoony effects in Star Wars and Stanley Kubrick’s naturalistic use of total silence in 2001, using abstract sound design to support the outer space action.

Don’t expect 2001: The Next Generation, though. Alex Garland’s screenplay is pretty lean in terms of story (in the way that Jaws can be described as lean) and is more concerned with psychological suspense as opposed to philosophical speculation. As a sensory experience, however, Sunshine is profound. In a print interview for Empire magazine, Boyle has compared his film to “mountain movies,” arguing that it’s “finally more about experience than an idea.” This seems to be the impression of most European reviewers who’ve written about Sunshine, and unfortunately this has led some to unjustly criticize the film (and especially the third act) for being unbalanced, confused or even shallow.

It makes you wonder why film as pure experience is often frowned upon in critical circles, as if “visceral” is synonymous to “cheap thrills.” By the same token: is it “shallow” to be in love, dance to music, or enjoy a hot bath after a dreadful day? Experiences can shatter your senses, shake you up or enlighten the mind. It’s not shallow to travel around the globe, is it? Seriously, if you’re looking for transcendent significance, nothing beats a cup of espresso at the moment you need it the most, a breath of fresh air down the seashore, or having the fuck of a lifetime. What are we but a (re)collection of experiences?

Of all the arts, cinema is arguably the most ideal in evoking a genuine sense of experience. Sunshine is a prime example. If, like me, you’re a sucker for blissful atmospherics with a dark, imaginative edge, I doubt you’ll come across a better cinematic trip this year. 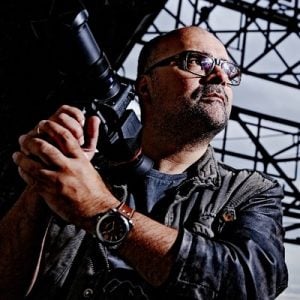 Peet Gelderblom is an award winning director and editor from the Netherlands with over 25 years of experience in films, documentaries, drama, television, commercials, video essays and online content.