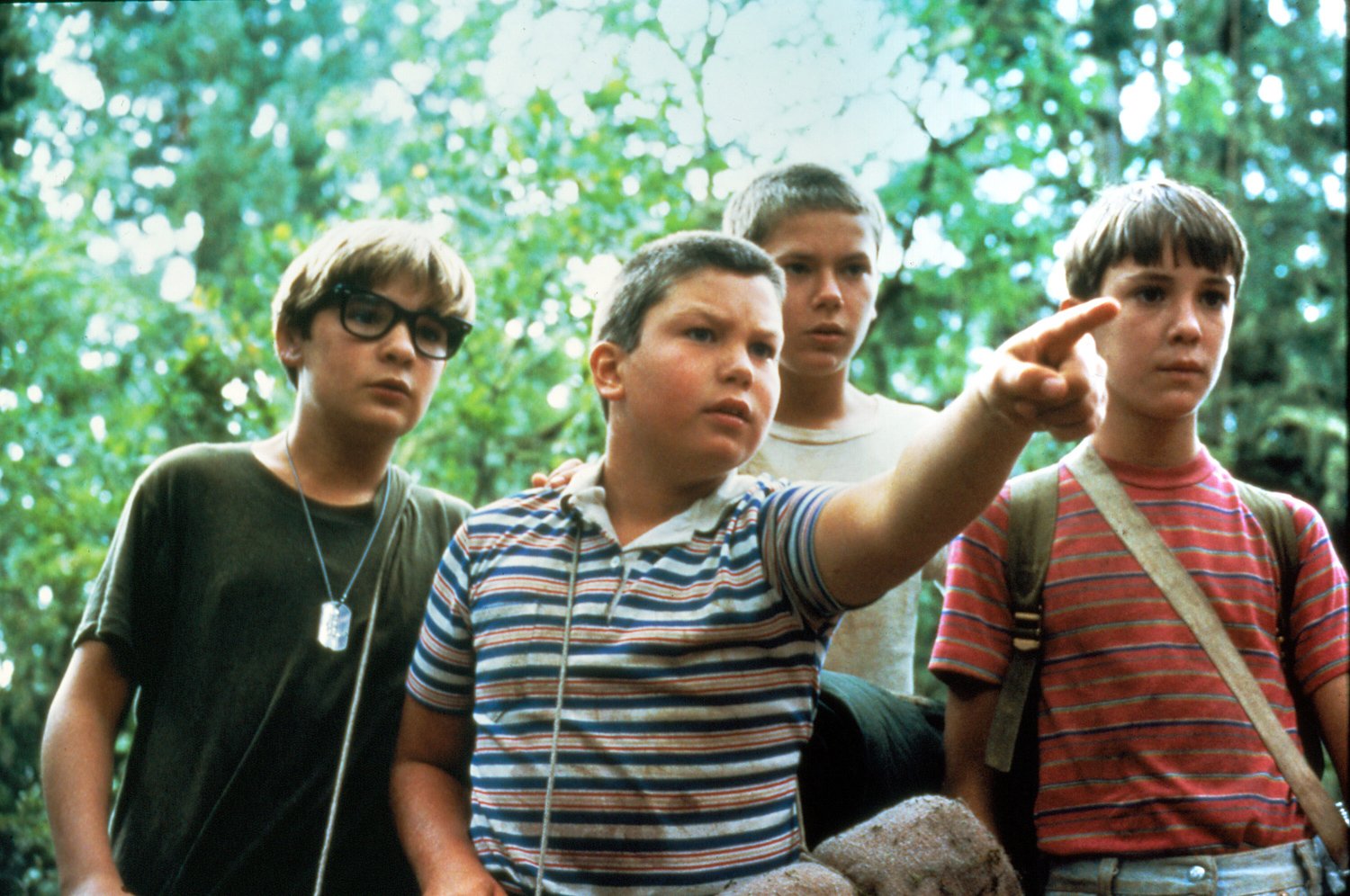 Five years ago, I wrote a piece for House Next Door entitled “Boys Do Cry.” Its subject was movies at which men could cry with impunity. Keep in mind this was before John Boehner figured out that manipulative crocodile tears would do for him what they’ve done for women since Eve; society still frowned upon male bawling, especially about movies. Since I expected to be the only person “man enough” to admit shedding tears at celluloid, I chided our male readers, writing “if you’re a real man, you’ll chime in with your own choices.” My goal was to mock and deconstruct stupid macho bullshit codes by confronting one of them directly. I was warned the experiment could backfire, but just like a man, I didn’t listen. You can read the comments section under “Boys Do Cry” for the results of my pig-headedness. I mention it here because the last film in that piece’s list was Stand by Me.

Based on The Body, a novella from the same Stephen King work that would later yield The Shawshank Redemption and Apt Pupil (Different Seasons), Stand by Me was the second King adaptation appearing in the summer of 1986. Another story from a different collection became King’s directorial debut, Maximum Overdrive. King described Overdrive as “a moron movie,” which made 16-year-old Odie moronic because I kinda liked it. While some of the directorial choices are intriguing, Maximum Overdrive feels made by someone with a head full of raw steak.

Stand by Me was directed by a different kind of Meathead, All in the Family’s Rob Reiner. In a still blasphemous move, Reiner moved King’s famous town, Castle Rock, from Maine to Oregon, and he saddled the film with its lousy title. Carl’s eldest boy redeemed himself by coaxing excellent performances from his young actors, whose ranks include John Cusack, Casey Siemaszko and Kiefer Sutherland in minor roles. As the leads, stand-ins for King and his friends, Reiner cast Wil Wheaton, Corey Feldman and a chubby Jerry O’Connell. As the film’s bad boy and tragic figure, whom Wheaton’s Gordie idolizes, Reiner cast an eerily prescient River Phoenix.

Stand By Me presents itself as a series of memories narrated by Richard Dreyfusss, whom we see typing the tale as it unfolds. He is Gordie, years removed from the events that define the film, and his reminiscence is triggered by the sudden death of one of his childhood buddies, Chris Chambers. Chambers was trying to stop a bar fight and ended up stabbed to death for being a good Samaritan. Death took Chris away, but it also brought his buddies Gordie LaChance, Teddy DuChamp, and Vern Tessio together years earlier. Dreyfuss’ Gordie tells us of the summer the boys embarked on a quest to see a dead body. Ray Brower, a local boy who has gone missing, is apparently dead, at least according to the conversation Vern (O’Connell) overhears between his brother and Ace Merrill (Sutherland).

Vern knows his station amongst the four friends—he’s the picked on fat kid, and he hopes the gossip will earn him some much needed merit points. Despite being the bearer of exciting news, the boys pick on Vern anyway, and he gives as good as he gets. Stand by Me accurately depicts the dynamic of a group of young boys, from the constant ribbing to the one-upmanship and ever-present threat of violence breaking out in the group. If the then-controversial (and still realistic) profanity made the R in the MPAA box do cartwheels, the boys’ constant smoking would make today’s R disintegrate. These kids could outsmoke Bette Davis.

Gordie and company may pick on Vern, but they know that no one in their motley crew is perfect. Daddy issues, that old standby for choking up the men in the audience, are rampant. Teddy’s dad is institutionalized after horribly abusing him. Gordie is living in the shadow of his family’s favorite son Denny (Cusack), whose death turns Gordie’s father cold. Chris’ dad is a criminal, and Chris is going down the same path. Gordie and Teddy cling to cosmically sad hopes for reconciliation: Teddy is delusional, clinging to an idealized image of the man responsible for his scarred, burnt ear, and Gordie seeks an acceptance he will never earn, even if he doesn’t admit it. “The wrong son died,” Dad tells Gordie, and Gordie’s childlike acceptance of responsibility for Denny’s death leads to a heart-wrenching breakdown by Wheaton late in the film.

Reiner and company seem to be giving permission to the men in the audience to succumb to the lumps in their throats. All four of the boys have their moments of waterworks, including the stereotypically strong Chris, and there are no repercussions from the other boys. Phoenix’s acting chops are on full display in these moments: his almost fatherly comfort of Gordie during Wheaton’s big scene co-exists with both his brotherly advice to Teddy during his emotional moment, and Chris’ own moment of “weakness.” “I’m never going to get out of here,” he tells Gordie before tearfully acknowledging how hard it is to be the town’s most hated kid. I don’t know how this didn’t destroy me at 17.

Lest I make it sound like Stand by Me is “Beaches for Men” (dear God, perish that thought!), I remind you of the quest Vern brings to his buddies. It’s an exciting quest, full of dangerous, scrotum-biting leeches (King admitted he and Gordie both fell victim to this particular event) and the constant threat from Ace Merrill, whose gang wants to find the body first. Sutherland is quite menacing, harboring the blatant cruelty he’d later bring to Jack Bauer. He is almost as big a danger to our heroes as the train that barrels down on the foursome during Stand By Me’s most famous sequence.

Road trips are Hollywood shorthand for male bonding, and one can accuse Stand by Me of writing more shorthand than a stenographer on speed in 1962. There’s the soundtrack, for starters, a collection of oldies designed to signify an era. The characters themselves can also be defined as cliché: the fat kid, the bookish kid, the troublemaker, and the eccentric. There’s even the flashback structure, which ends with a crucial computer mistake that makes me scream out “NO!!!” every time the I.T. professional in me sees it. And it has the moment where the film’s tragic figure walks off into oblivion by fading off the screen. It’s all true, but I don’t care. I titled this piece after one of the songs the boys sing to one another, which is the first thing I think of when I remember this film. And Phoenix fading off my screen took on an extra dimension of sadness this time, now that I know the actor’s eventual fate.

Five years ago, I wrote “Stand is a movie that works as a tearjerker if you bring an identifiable sense of nostalgia to it.” That’s something I didn’t have when I saw it in 1987. I was 17 and felt casually indifferent toward it. But on my second viewing at 30, I was in a different place, with a sense of loss that made Stand by Me resonate in ways that made my tear ducts tender. Watching it again 11 years later for this piece, I am so deeply entrenched in that different place that I fully understand why I didn’t see at 17 what I do now.

Review: Over Your Cities Grass Will Grow