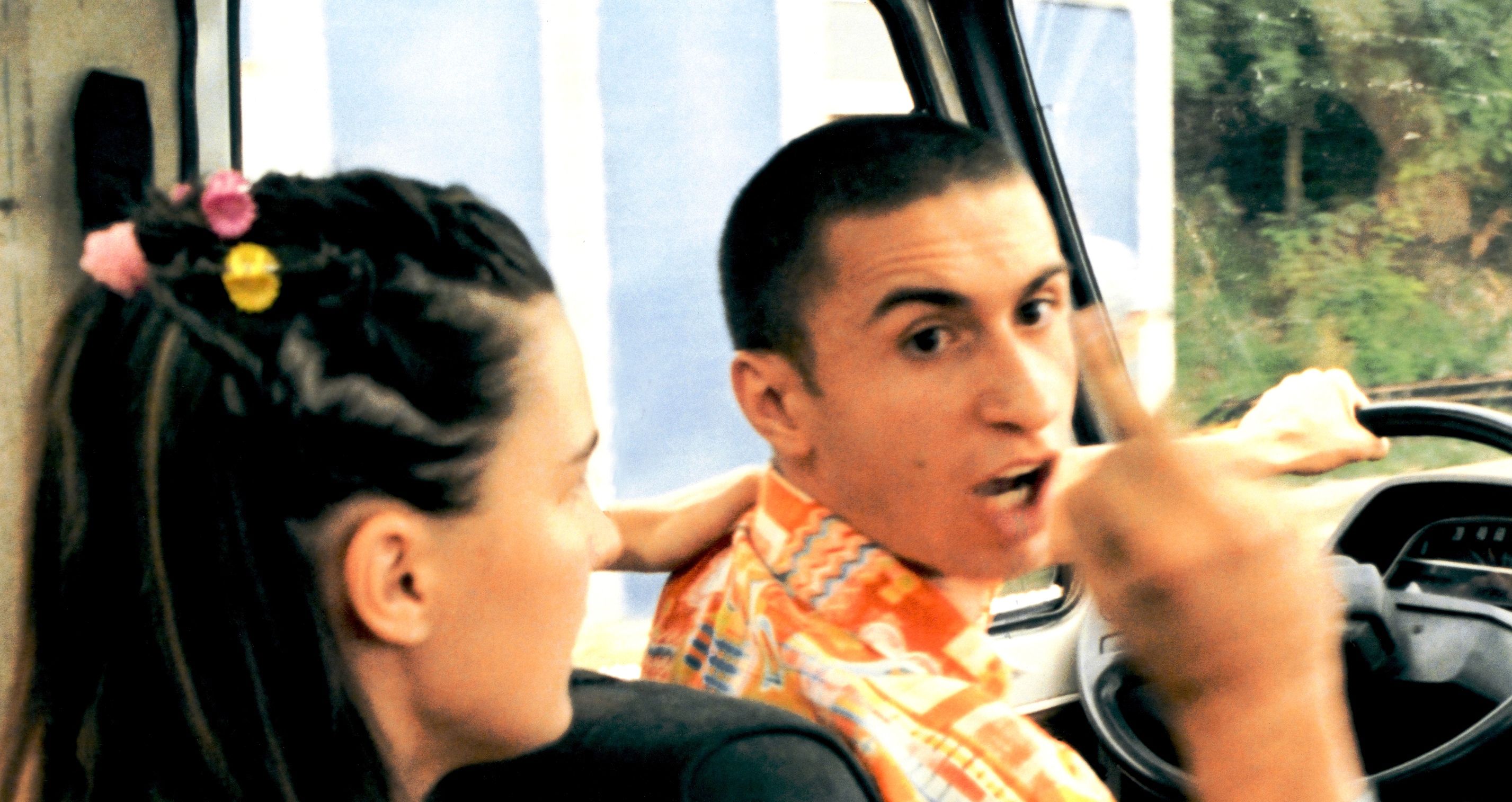 Cristi Puiu’s Stuff and Dough is about just that. Strapped for dough, Ovidiu (Alexandru Papadopol) leaves the Romanian coastal city of Constanta in a small van with a friend and his girlfriend—to deliver a mysterious bag to an address in Bucharest at the request of a detail-oriented mafioso—and the risk and absurdity of their road trip becomes Puiu’s way of commenting on modern Romania’s state of affairs. In the opening scene, the mother played by Luminița Gheorghiu stresses what she has and doesn’t have at her store, and much is made about mileage, running out of gas, speeding, the duration of things, and what time of the day one should take a dump. The film is all rhythm, with Puiu’s camera jumping to and from anxious faces but sometimes landing on empty space. To Puiu, the stuff that happens to Ovidiu and his pals is as crucial as the stuff that doesn’t—reflections of the mysteries, frustrations, and absurdities of Romanian life. Like Puiu’s later The Death of Mr. Lazarescu, Stuff and Dough suggests that time, like procedure, is of the essence in Romania, though it lacks Lazarescu’s gravitas and poignancy. The film is biting, but as allegory it’s featherweight, never delving too deep into the heart of what it’s like to suffer within a communist state.