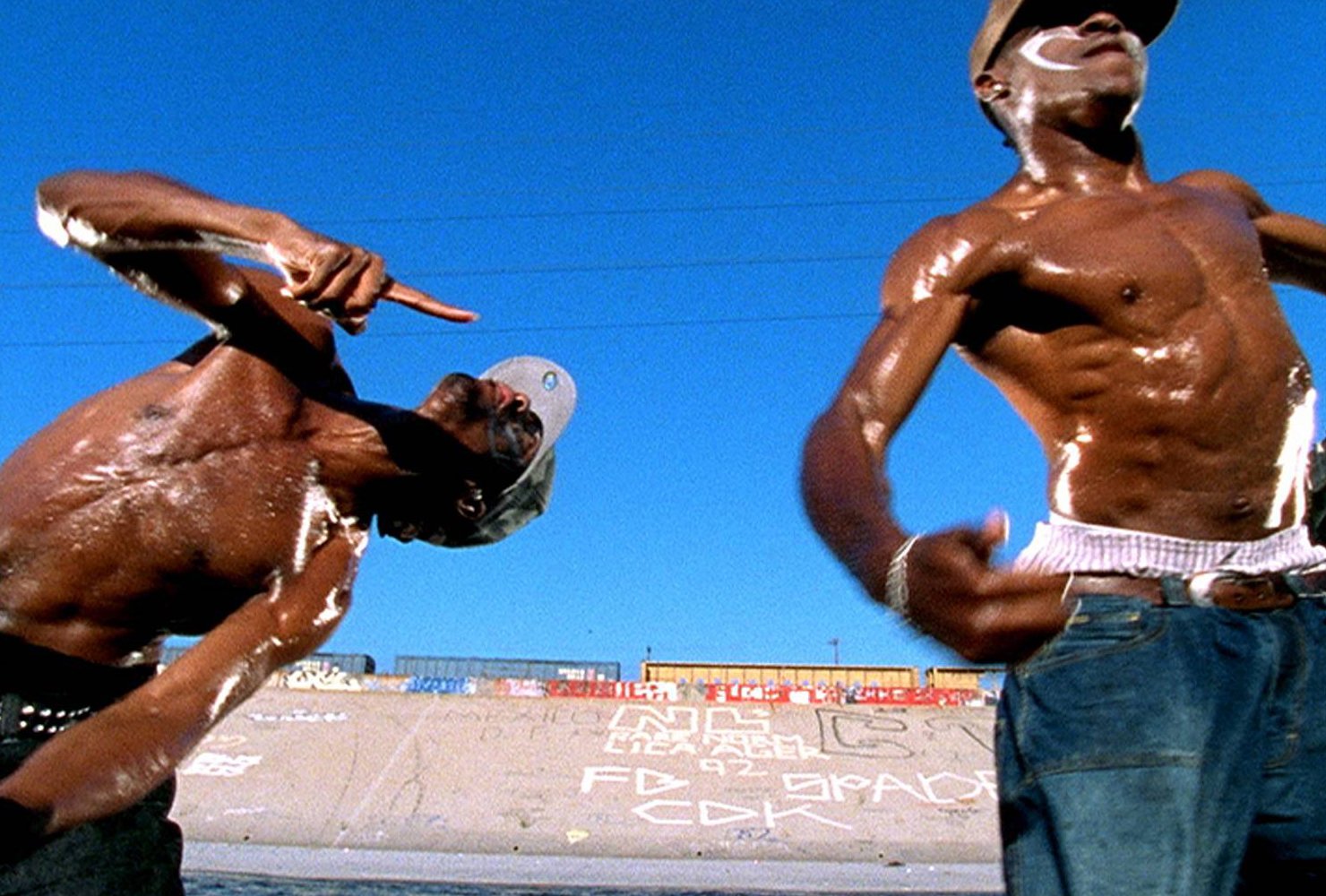 Rize is all surface, and that’s the way David LaChapelle likes it. Which is not to say the photographer-turned-director has turned his exposé of krumping in and around South Central Los Angeles into a fashion shoot, though I’d be remiss not to admit that some of the documentary’s most exciting montage sequences evoke the brightly colored simulacra of LaChapelle’s thrilling photographs. Because krumping, like the vogue-drag balls of New York immortalized by Jennie Livingston in Paris is Burning (and later appropriated by Madonna and David Fincher for the “Vogue” music video), is posited as an alternative to street violence—a means of letting off steam, so to speak—it’s fitting that the flailing limbs of LaChappelle’s subjects become not unlike the pistons of a car moving under fluid pressure. Except the pressure here is emotional and LaChappelle gives good face to kumping’s social context: The young men and women of the director’s cotton-candied ethnography not only grew up around violence and drugs, but they became socially-conscious beings around the time of the Los Angeles riots. LaChappelle doesn’t delve too deeply into this contextual reserve, not so much because he fears getting over his head but because he doesn’t want to lose sight of the electrifying presence of his subjects, whose rapid-fire syncopated gyrations—at once a form of community bonding and social confrontation—is the true subject here. The film’s krumpers are nothing short of intense and LaChappelle’s saturated aesthetic evokes the way the energy of their glistening and glowing bods seemingly spills into the world around them. This is a fitting visual motif for a documentary about young men and women wishing to make a social imprint under their own terms. Though Rize glosses over issues of sexual identity and treats non-black aficionados of krumping as afterthoughts, it’s vision of body movement as an inclusive, non-violent form of social resistance is still conveyed with remarkable clarity and vigor. It’s like being high without the drugs.

Review: Elevator to the Gallows