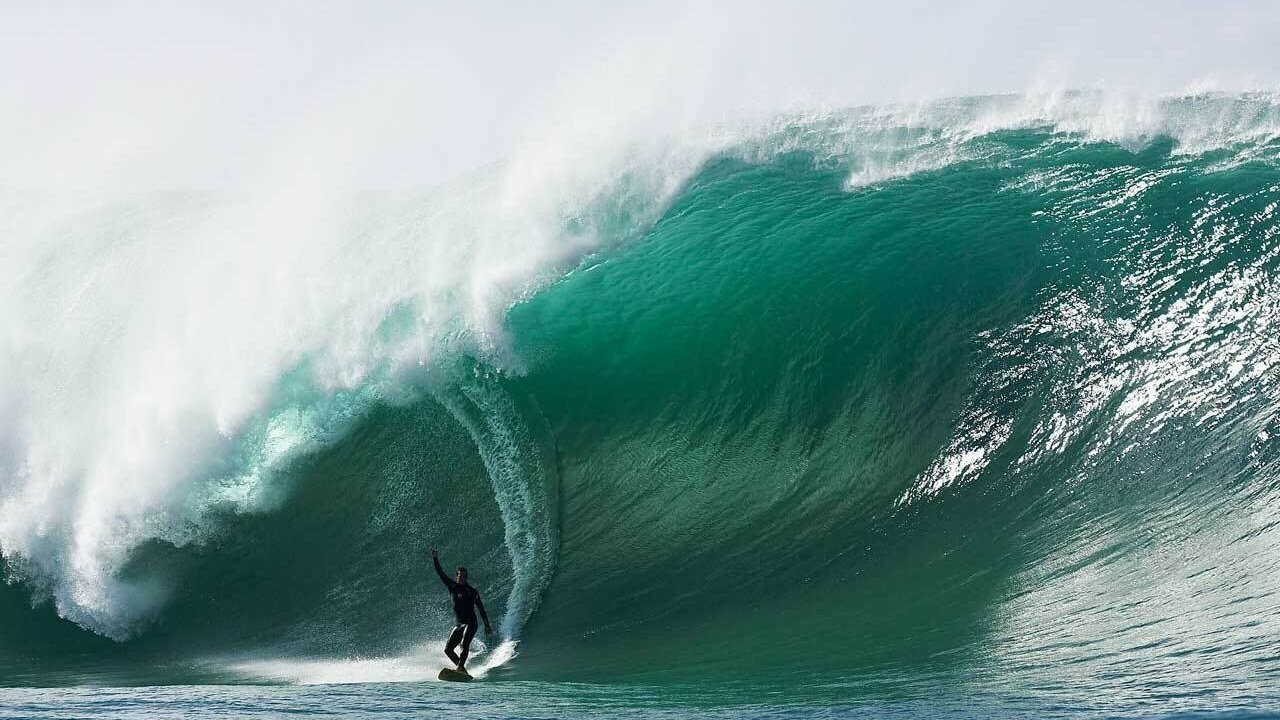 A companion piece to Dogtown and Z Boys, Stacy Peralta’s informative but fluffy Riding Giants details the history of surf culture, from James Cook spotting natives riding wooden planks on the waters of the Pacific to Laird Hamilton’s rise to fame as surfing’s greatest hero. Peralta is clearly trying to hit gold a second time around, piecing together a vault’s worth of stock footage, still photographs, and interviews with punchy editing and snazzy music, but Riding Giants works too hard and it lacks the wisdom of its predecessor.

But is Peralta to blame, or is it the nature of the sport he’s documenting? In Dogtown and Z Boys, Peralta made an excellent case that skateboarding was a kind of “punk kids revolution” rooted in poverty and social despair, but in Riding Giants the filmmaker has a difficult time deflating the notion that surfers are nothing more than beach bums.

The film’s operatic opener is a stunner, and there’s an overwhelming sense throughout the documentary that surfers are engaged in a kind of existential battle with Mother Nature, humorously summoned by Greg Noll when he likens riding one of the titular waves to a relationship with a woman. Noll’s romantic analogy is certainly thoughtout and his willingness to read the sport along Freudian lines is welcomed (consider a wipe out the equivalent of a break-up), but the insights more or less stop there.

Save for Noll and Hamilton, the interviewees barely register—ditto the women (Gidget is engaged at one point and the only female surfer interviewed is never seen in the water), which makes it all the more surprising that Peralta doesn’t elaborate on the nature of surfing as a ritual of male bonding. Essentially a moving Abercrombie and Fitch catalog, Riding Giants is a boy’s club chronicle of surfing that, while gnarly to look at, feels like too much homework.

Review: dot the i