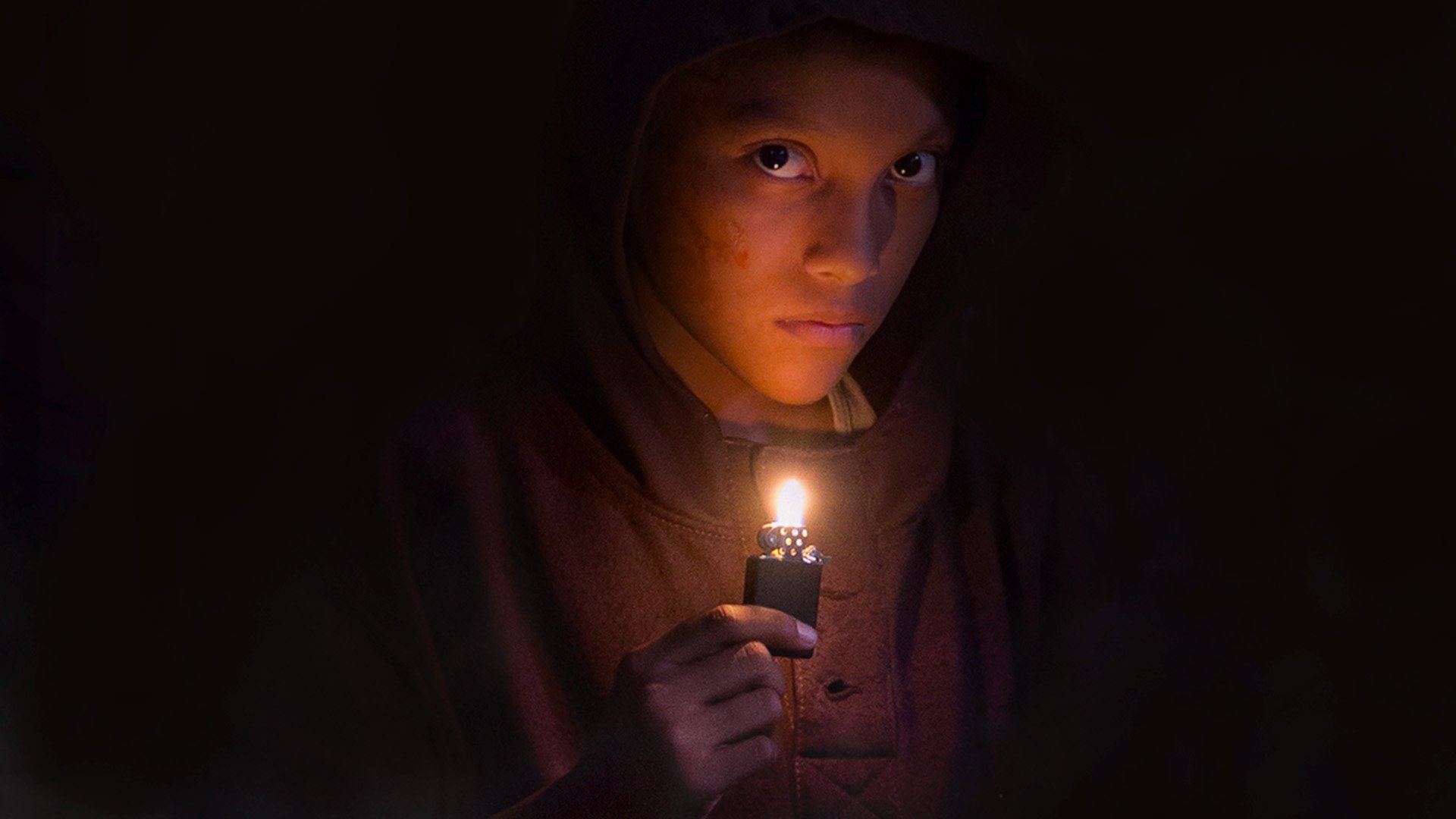 Writer-director Issa López’s Tigers Are Not Afraid is a tapestry of flourishes. All are inseparable from Mexico’s gangland carnage, but its most memorable one is also rooted in magical-realist tradition, namely 100 Years of Solitude. The novel tells the multi-generational story of the Buendía family, and in one particularly exacting and vivid passage, master fabulist Gabriel García Márquez details how the seemingly eternal Ursula Iguarán learns of her son José Arcadio’s death after a trickle of blood from his body winds its way through war-torn Macondo, around corners, across terraces, down steps, and over curbs, before finally arriving at his mother’s doorstep. “Holy mother of God,” she says.

Ursula comprehends the truth of that thread of blood even before it leads her back to her son’s body. By contrast, the protagonist of Tigers Are Not Afraid, Estrella (Paola Lara), prevaricates so as to put distance between herself and the horrors around her. “We forget who we are, when the things from outside come to get us,” she says in voiceover at the start of the film. She doesn’t see the line of blood that runs from a dead man’s head and follows her all the way home until it’s already tracing a path across her living room floor and up a wall, finally creating the shape of an insect on a dress that hangs from the ceiling. Estrella’s mother is missing, and in this moment, the girl seems to know that she’s being sent a message, which she won’t learn to decipher until she becomes more fluent in the language of fairy tales.

At its most assured, Tigers Are Not Afraid strikingly literalizes the idea of the ties that bind, suggesting how the living and the dead walk hand in hand, almost as a matter of course, in a modern-day Mexico where 160,000 have been killed and 53,000 have disappeared since the beginning of the drug war in 2006. Before Estrella stumbles upon the aforementioned dead man’s body, you get the sense that today isn’t the first time she’s seen boys use police tape as limbo sticks, or dragged her fingers across walls riddled with bullet holes. Which isn’t to say that the girl is desensitized to this violence. She seems to almost exist at a remove from it, and López sensitively syncs the swaying of her camera to the girl’s visible numbness.

That sensitivity, however, proves to be a kind of redundancy. Throughout Tigers Are Not Afraid, López effectively conjures an aura of ordinariness, but she never resolves her commingling of the fanciful and the mundane into a particularly compelling argument about the legacy of trauma. The film concerns Estrella and a group of orphaned boys going head to head with a cartel after young El Shine (Juan Ramón López) swipes a gun and phone from the treacherous El Chino (Tenoch Huerta), and when that narrative isn’t picking up signals from the supernatural realm, you sense its allegiance to so many films indebted to the neorealist tradition, from Luis Buñuel’s Los Olvidados to Héctor Babenco’s Pixote. Tigers Are Not Afraid is alive to the harsh reality of its main characters’ lives, though at times it feels as if López’s only means of accessing that truth is by conspicuously shaking her camera.

As for the film’s supernatural flourishes, none are as inspired as that thread of blood that trails Estrella at various points. Little flying creatures suggest visitors from Guillermo del Toro’s cabinet of curiosities, while a gathering of ghosts inside an expansive, derelict building brings to mind a Silent Hill freak-out. And in the case of the tiger graffiti on a wall that comes to life at one point, there isn’t even the sense that we’re watching the dead’s handiwork. After a while, death’s intrusions come to feel more cosmetic than substantial.

Early in the film, López fascinatingly suggests that Estrella’s perception of the world, after a teacher grants her three wishes, is both shield and sword. But after the girl uses one of those wishes to commit an act of brutality, the film’s fairy-tale conceit reveals itself as an engine for easy absolution. By the time the girl arrives at an understanding of her world that isn’t too far removed from the logic of her opening voiceover, Tigers Are Not Afraid has so given itself over to feeling the innocence of cocooning that it only effectively haunts us with its preciousness.