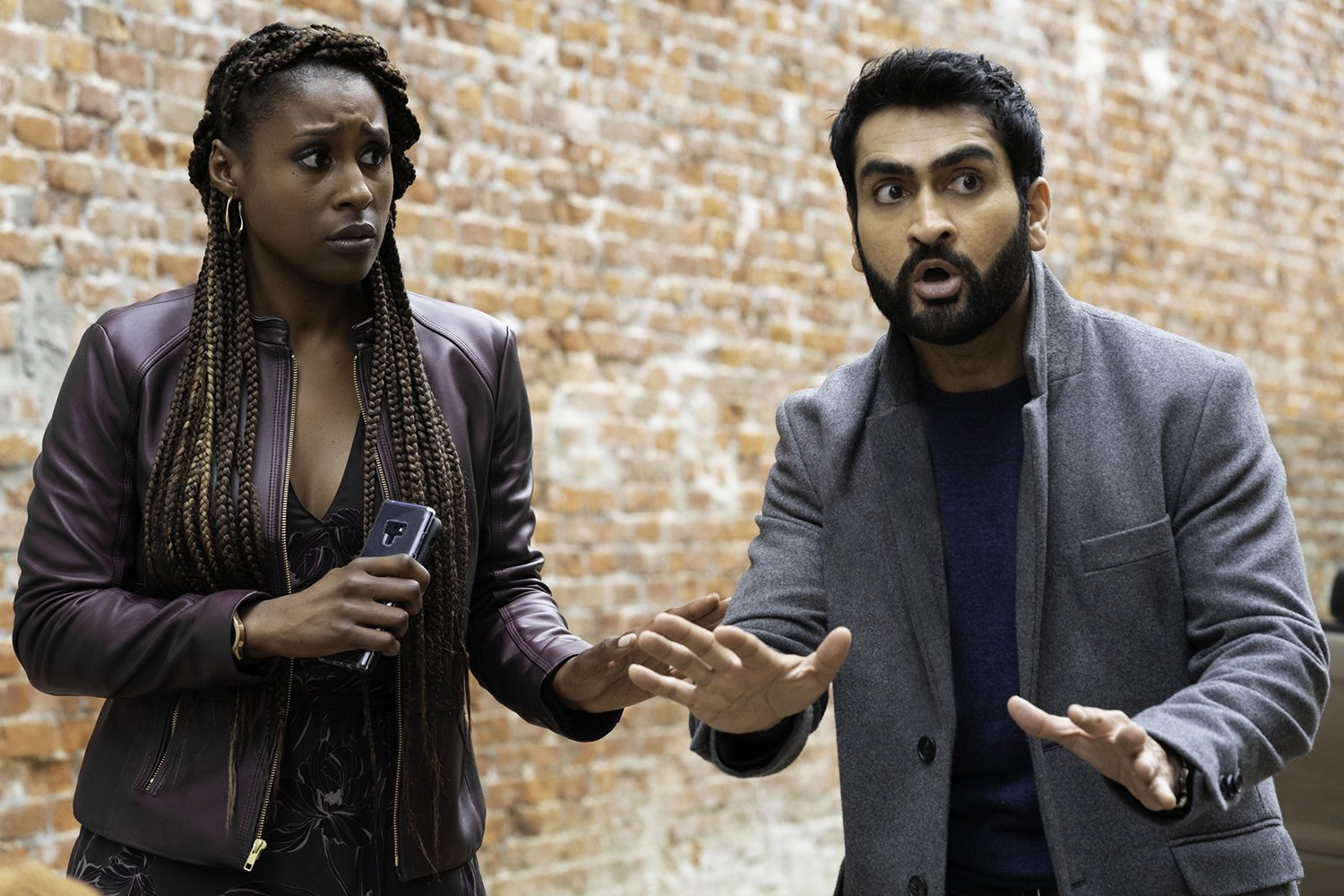 Jibran (Kumail Nanjiani) and Leilani (Issa Rae) are past the honeymoon phase depicted in the brief prologue to The Lovebirds. When we pick up with them four years later, they’re in the midst of a heated argument that, after some time, reveals itself to be about something far more petty than it first appears: whether they can win The Amazing Race.

The film’s opening act banks heavily on the chemistry between Nanjiani and Rae, who effortlessly bounce witty, seemingly improvised lines off one another. Throughout, you don’t doubt that their characters are still very much in love, even as you understand that they’ve grown tired of dealing with each other’s shortcomings. When the film rests primarily on Nanjiani and Rae’s verbal riffing, it’s quite winning and consistent in delivering jokes that are not only funny, but also speak to the root causes of Jibran and Leilani’s personality clashes.

While it’s initially content to keep its focus on the bickering duo as they continue to drive each other mad while trying to solve the murder they witnessed, The Lovebirds regrettably becomes weighed down by plot incident and silly twists. The film foists the couple into a bizarre underworld of political corruption, widespread blackmail, and sex cults, shifting into a significantly broader comedic register that no longer capitalizes on its stars’ gift for gab. As Jibran and Leilani’s relationship woes progressively take a back seat to the formulaic unfolding of a needlessly convoluted, and rather dull, mystery, The Lovebirds slowly derails as it settles into the predictable patterns of many of the action rom-coms that have come before it.

Review: The Painter and the Thief Suggests an Intimate Hall of Mirrors