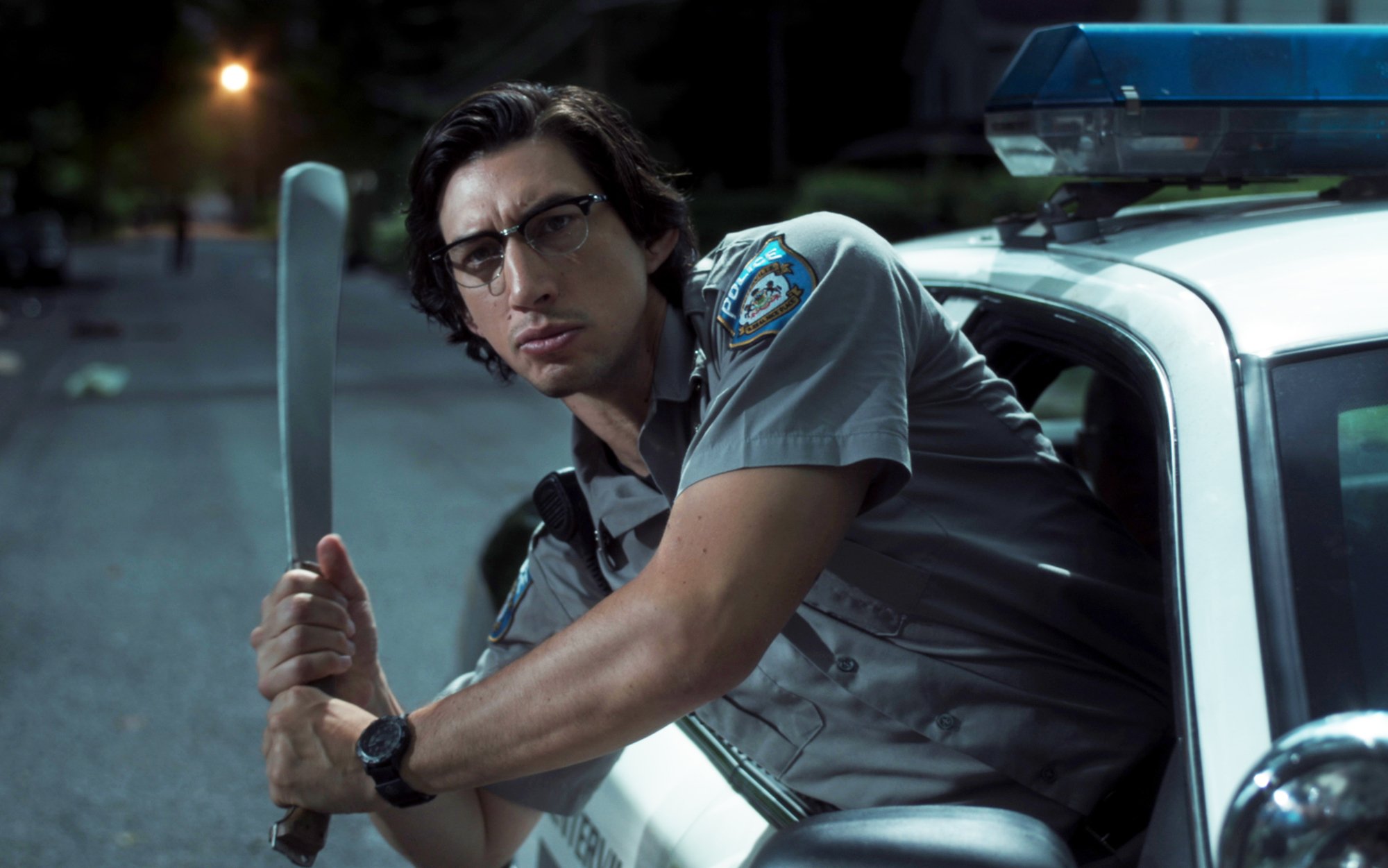 Jim Jarmusch’s strength has always been his ability to craft films that seem lackadaisical and navel-gazing on the surface, but which are actually very methodical, revealing essential truths about the socioeconomic conditions of modern American life. The filmmaker’s latest, The Dead Don’t Die, zips through vignettes set in the small town of Centerville in the days leading up to the zombie apocalypse, and for an hour-plus, the film is sharp, acerbic, and surprisingly melancholic, probing at the generational divides between its characters, who behave in vastly different ways throughout the end of days.

Eventually, however, and perhaps because Jarmusch senses that his trademark deadpan doesn’t have the same novel appeal that it once did, what starts as a subtle undercurrent of knowing humor curdles into overt self-referentiality. It’s not so much a snapping-into-focus as a whiplash-inducing lurch into meta-film territory that Jarmusch doesn’t seem to realize is already a very stale play for this genre of film.

Or maybe he just doesn’t care. There’s much evidence here to suggest that Jarmusch’s prime interest in making a zombie movie is to emphasize the soul-deadening state of America, maybe even the world. So when the film’s zombies roam around murmuring the names of the products they consumed when they were alive (Wi-Fi, Bluetooth, coffee, and so on), writing this all off as a lame literalization of the most prevalent theme from George A. Romero’s Dawn of the Dead isn’t so much a scathing critique of his approach as a confirmation of the message he’s imparting: that our culture is nothing but a zombified version of itself.

The Dead Don’t Die is at its best when mulling the contours of the relationships between the cross-generational cast of characters. Neither Cliff (Bill Murray), the resigned, veteran cop, nor Ronnie (Adam Driver), his self-aware but generally unfeeling rookie partner, are particularly well drawn in and of themselves, but their repartee makes them interesting, as Cliff’s air of wisdom and experience dissipates when he finally realizes that Ronnie understands the rules of their genre-inflected universe better than he ever will, and Ronnie, all stoical resolve, is unable to process Cliff’s sobering, earnest emotional outbursts.

The Venn diagram of all things Jarmuschian and all things Lynchian has always shown a significant bit of overlap, but in working with an ensemble cast that throws together longtime collaborators with a gallery of fresh faces—all populating a mosaic of small-town life that’s pervaded by ethereal dread—Jarmusch mounts something akin to his own Twin Peaks: The Return. The greatest affinity between The Dead Don’t Die and David Lynch’s series, though, is the shared interest in investigating how a younger generation can assimilate into the filmmakers’ highly idiosyncratic styles and affect the tenor of their worldviews.

To that end, The Dead Don’t Die feels most poignant when it threads the experience of its various characters and exerts a kind of equalizing force over them. The best example of this, and also something like the film’s philosophical lodestone, is the eponymous country theme song, recorded by Sturgill Simpson and played in various contexts throughout. The song’s ingratiating, hummable melody eventually illuminates how art can have disparate effects on audiences. For the carefree hipster played by Selena Gomez, the tune is an outlet for escape as she drives through the countryside. But it becomes downright oppressive when Cliff gets sick of Ronnie playing it in their police car and chucks the CD out the window.

That range of response is also reflected in the overall trajectory of the film, which begins in a register of playful irreverence—even as characters spout pronouncements of environmental disaster wrought by fracking, or ponder what kind of creature may have mauled two women found dead at a diner—before gradually succumbing to its anger. That isn’t inherently bad, of course, but the film’s dreary, didactic denouement proves that Jarmusch is unable to translate his righteous fury at the state of the world into a cinematic statement as compelling, creative, or weird as The Dead Don’t Die manages to be when it’s simply content to be a hangout movie that just so happens to be set during the zombie apocalypse.

Review: The Tomorrow Man Gets Too Caught Up in Its Pursuit of Preciousness