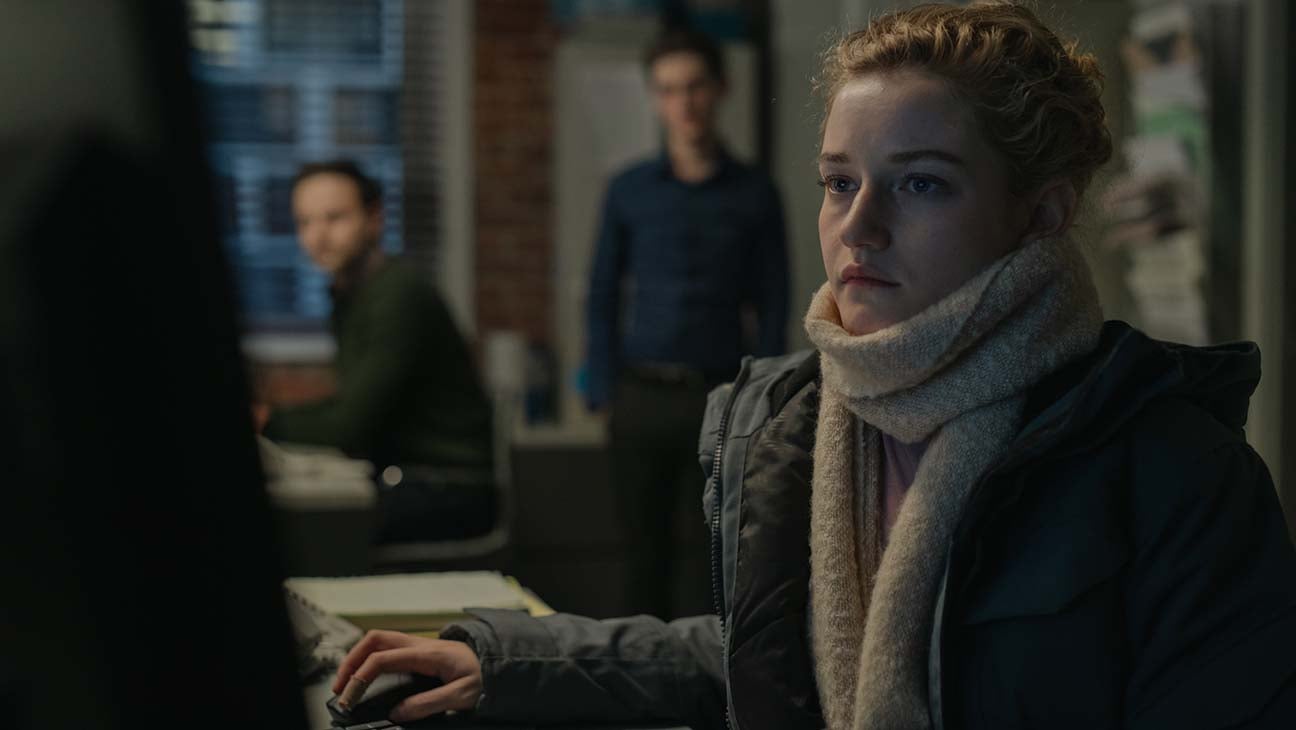 With The Assistant, writer-director Kitty Green offers a top-to-bottom portrait of incremental dehumanization, and, on its terms, the film is aesthetically, tonally immaculate. The narrative is set in the Tribeca offices of a film mogul, but it could take place in a branch of any major corporation throughout the world without losing much of its resonance. Offices encourage professional functionality as a way of divorcing people from themselves, leading them to make actions without a sense of complicity. What starts small—throwing co-workers under the bus, neglecting friends due to punishing work hours—can blossom over time into people enabling atrocity under the guise of “doing what they’re told.”

With this psychology in mind, Green fashions The Assistant as a pseudo-thriller composed entirely of purposefully demoralizing minutiae. The film opens with a young woman, Jane (Julia Garner), being picked up from her apartment for work so punishingly early that it’s almost impossible to tell if it’s morning or night. By 8 a.m., she’s been making copies, printing documents, reading emails, and tending to office errands for hours. Other employees gradually drift in, talking obligatorily of their weekends off—a privilege that Jane isn’t accorded.

In these early scenes, Green conjures a peculiar, very palpable dread, her precise, anal-retentive compositions suggesting what might happen if David Fincher were to adapt Herman Melville’s “Bartleby, the Scrivener.” This dread springs from two places, as the visual palette is silvery and moody, evoking a potential corporate thriller, though the film refuses to move beyond the expository stage and gratify this expectation, and so we fear that we may be trapped with Jane in her tedium. We are, and this is by Green’s moral schematic.

The Assistant is designed so that we feel as starved for rudimentary human emotion as Jane. No names are uttered throughout (the name Jane, which brings to mind the anonymity of a Jane Doe, is only stated in the credits), while the film mogul is only evoked via male pronouns (he’s never seen but often referenced and occasionally heard over the phone, usually in a torrent of rage against Jane for her inability to talk down his wife, who knows of his infidelity). Jane brings another assistant the wrong sandwich, and he treats her cruelly; it never occurs to him, or anyone else, to thank Jane for the tasks she performs for everyone in the office. At best, Jane’s co-workers regard her with a kind of pitying befuddlement, as if she’s not quite real. When Jane eats, it’s quickly and without pleasure, and she’s always alert to being watched. No one speaks of their personal lives. Green springs one perceptive, poignant detail after another, especially when the mogul compliments Jane via email just as she thinks he’s reached his limit with her. This is, of course, a major tool of the master manipulator: praise when least expected, and only enough to keep the person in your sphere of influence and at your mercy.

Increasingly unsettling details seep into this deadening atmosphere. Jane finds an earring in the mogul’s office, which is repeatedly seen from a distance through its open door and becomes a chilling symbol for the mogul himself, suggesting his unshakable presence even in absence. There are jokes made about his couch, which Jane cleans. Young, beautiful women are brought into the office at late hours, and are referenced by both male and female employees with contempt. Growing fearful for one of the women, Jane tries to complain to an unsympathetic H.R. officer who sets about gaslighting her. It becomes evident that we’re watching—from the perspective of a powerless yet ultimately complicit person—a parable about rich, insulated predators like Harvey Weinstein, and Green’s grasp of Jane’s indoctrination into this perverse world is impeccably believable.

Yet The Assistant also feels too narrow, too comfortable with its thesis. The rendering of the mogul as an unseen specter is effective but also dime-store lurid in the tradition of mediocre horror movies, and this device also conveniently absolves Green of having to wrestle with how a Weinstein type might live with himself. George Huang’s similarly themed 1994 film Swimming with Sharks, which is mostly inferior to The Assistant, benefited from such a friction, as its own Weinstein surrogate (played by Kevin Spacey) had a magnetism that complicated and enriched the script’s anger. There’s also something insidious about Green’s evasion, as the mogul’s absence elevates him, mythologizes him, which reflects how people low on the power ladder see powerful exploiters. But Green physicalizes this idea without standing outside of it, challenging it, or contextualizing it; she traps us in a monotonous hell and leaves us there. Her fury with Weinstein and his ilk contains an element of awe.