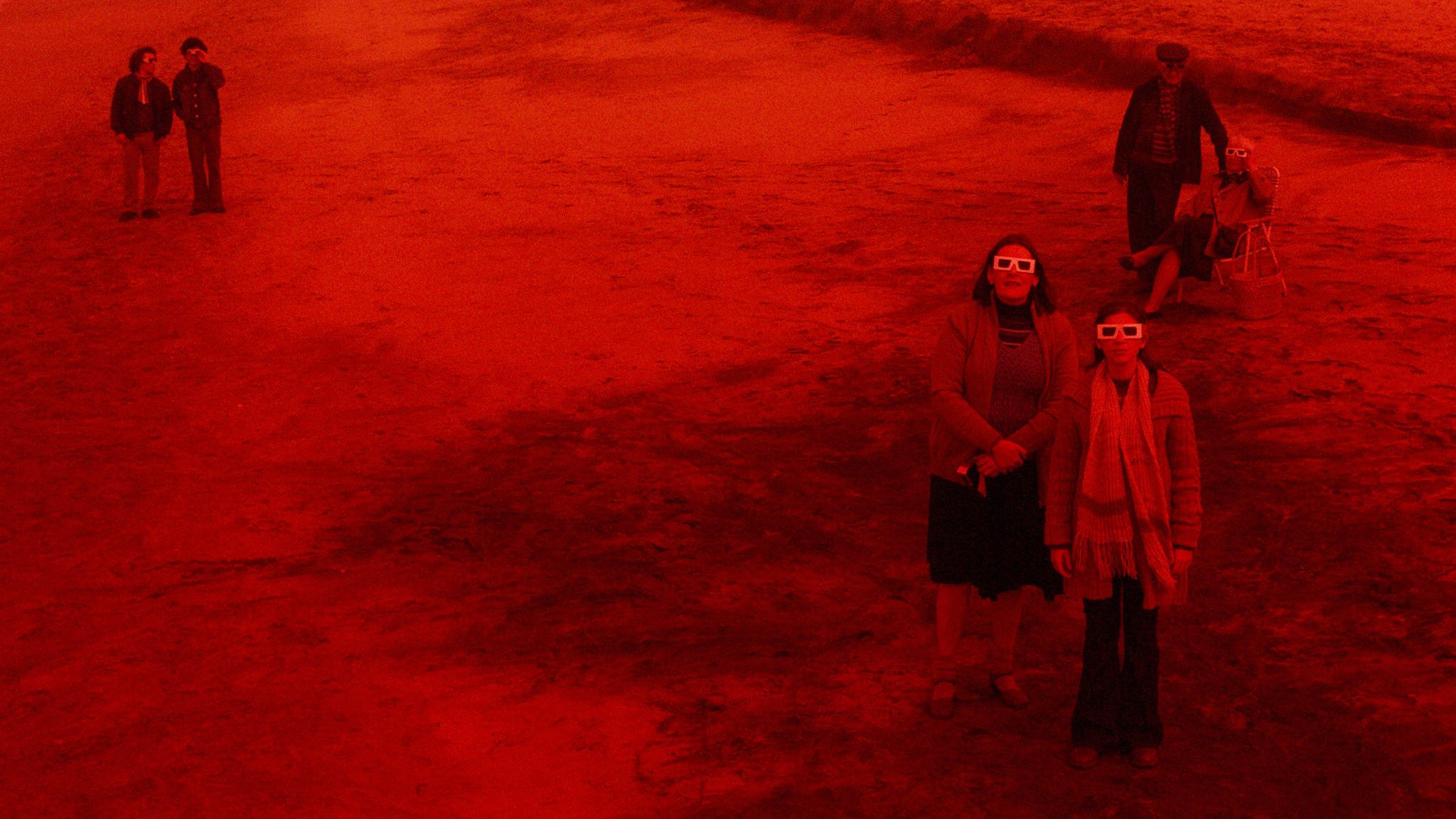 With Rojo, writer-director Benjamín Naishtat conjures a haunting aura of debauched boredom, evoking a climate in which something vast yet barely acknowledged is happening under the characters’ noses. Though the film is set in Argentina in 1975, on the cusp of a coup and at the height of the Dirty War, when U.S.-backed far-right military groups were kidnapping, torturing, and killing perceived liberal threats, these events are never explicitly mentioned. Instead, the characters do what people choosing to ignore atrocity always have, talking around uncomfortable subjects and focusing on the mundane textures of their lives. Meanwhile, Naishtat expresses Argentina’s turmoil via symbols and sequences in which aggression erupts out of seemingly nowhere, actualizing the tension that’s hidden in plain sight. Throughout the film, Naishtat masterfully sustains a sense of “wrongness” that will be felt even by audiences who’re unfamiliar with Argentina’s history.

The film opens with a home being emptied of its belongings—an image that will come to scan as a metaphor for a country that’s “cleaning house.” Naishtat then springs an odd and creepy encounter between a famous attorney, Claudio (Darío Grandinetti), and a man who will eventually come to be known as “the hippie” (Diego Cremonesi). Claudio is sitting at a stylish restaurant minding his own business and waiting for his wife, Susana (Andrea Frigerio), when the hippie storms in and demands that Claudio give up his table. The hippie reasons that he’s ready to eat now, while Claudio is inhabiting unused space. Claudio gives up the table and proceeds, with his unexpected civility in the face of the hippie’s hostility, to humiliate this interloper. And this scene reflects how skillful Naishtat is at tying us in knots: In the moment, Claudio is the sympathetic party, but this confrontation becomes a parable of how people like the hippie are being pushed out—“disappeared”—by a country riven with political divisions.

Tensions between Claudio and the hippie escalate, and the hippie eventually shoots himself in the face with a pistol. Rather than taking the man to the hospital, Claudio drives him out to the desert, leaving his body there and allowing him to die. What’s shocking here is the matter-of-fact-ness of Claudio’s actions; based on his demeanor, Claudio might as well be carrying trash out to the dump, and he moves on with his life, returning to work and basking in the adulation that his profession has granted him. In a conventional thriller, this moral trespass would be the driving motor of the film, yet Naishtat drops the incident with the hippie for the majority of Rojo’s running time, following Claudio as he networks and engages in other scams.

Naishtat emulates, without editorializing, the casualness of his characters, and so Rojo is most disturbing for so convincingly suggesting idealism to be dead—with gritty brownish cinematography that further suggests a sensorial muddying. With little-to-no sense of stability, of faith in a social compass, the characters here often emphasize what should be trivial happenings. Susana’s decision to drink water at a gathering, rather than coffee or tea, becomes a kind of proxy gesture for the resistance that her and her social class are failing to show elsewhere, while a comic disappearance during a magic show macabrely mirrors the government’s killing and kidnapping of dissidents. Rojo’s centerpiece, however, is an eclipse that engulfs a beach in the color red, as Susana wanders a wooded area lost while Claudio, lacking sunglasses, blocks his eyes. The color red is also associated with communism, of course, as if the targets of this regime are demanding to be recognized.

Rojo eventually reprises the hippie narrative, as a famed Chilean detective, Sinclair (Alfredo Castro), comes hounding Claudio for answers, yet this development is soon revealed to be an elaborate fake-out. Out in the desert, one’s primed to expect the ruthlessly intelligent Sinclair to provide the wandering narrative a catharsis by forcing Claudio to take responsibility for something. But these men, both wealthy and respected, are of the same ilk. Though they’re each bound by routine and pretense, the death of lower classes means equally little to both of them. At this point, it’s clear that Rojo is less a thriller than a brutally chilly satire, concerning men who have the privilege, like other people who haven’t been deemed expendable by their government, to playact, offering ceremonial outrage that gratifies their egos while allowing a diseased society that benefits them to carry on with business as usual.

Review: The Lion King Remake Finds Its Place in the Circle of Consumption

Review: The Art of Self-Defense Swings Between Ferocity and Lifeless Comedy