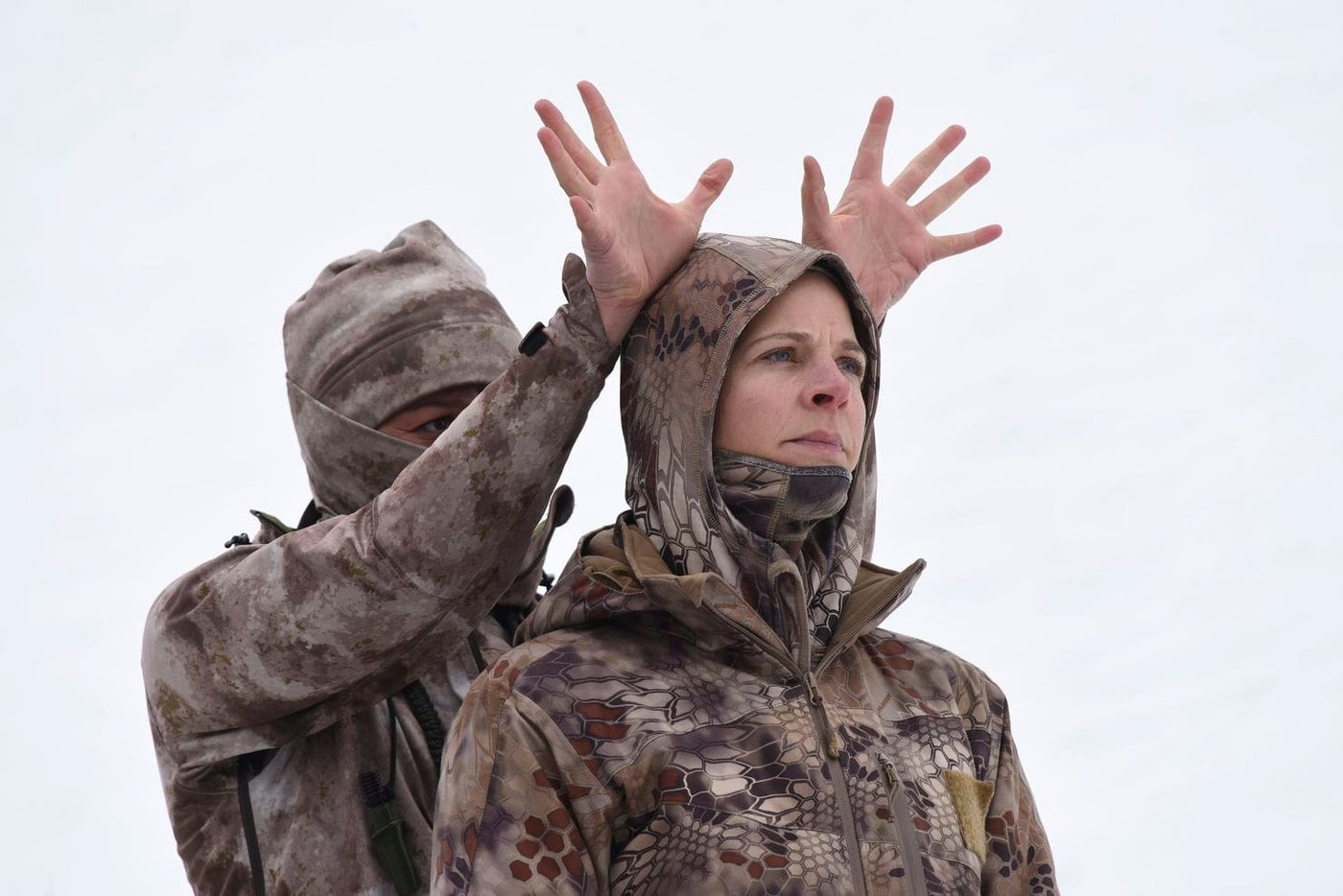 Matthew Barney’s Redoubt is attuned to the grandiose and the spectacular. With its sweeping aerial shots of vast landscapes, homages to mythic narrative, and use of broad archetypes in place of three-dimensional characters, the film suggests something George Lucas might produce if he ever got tired of having the script explain his films’ conceits to the audience. Indeed, there’s no opportunity for verbal exposition dumps in Redoubt, as none of its half-dozen characters ever speak a line, communicating instead through body language, dance, and the tools they use to interact with the film’s enclosed alpine world. Part narrative dance, part Hollywood thriller, part Planet Earth—and with high-speed video footage of bullets hitting objects thrown in for added visual interest—Redoubt represents an eminently accessible version of the avant-garde.

In this loose adaptation of a tale from Ovid’s Metamorphoses, Barney plays The Engraver, a bespectacled, skull-capped, white-bearded version of Actaeon, the hunter whom Diana, goddess of the hunt, transformed into a deer upon catching him spying on her bathing. Beyond updating the myth to the era of spectacles and skull caps, Redoubt adds wrinkles to its gendered schema, turning Diana (Anette Wachter) into the hunter and her male adversary into a copper engraver—though, as he lives somewhere in the North American wilderness, he predictably also owns a rifle. Here, it’s The Engraver’s petrified depictions of nature, his ossification of the forest’s beauty, not an act of voyeurism, that infuriate the camo-clad Diana.

Part Actaeon and part Prometheus, The Engraver somehow makes etchings that aren’t merely representations of the natural world, but which appear to capture aspects of the gods’ fire—so to speak. He shares a trailer on the edge of Diana’s woods with The Electroplater (K.J. Holmes), a kind of alchemist who turns his copper engravings into a source of energy—facilitated in some way, perhaps, by the ritualistic dance she performs in the clearing in front of their trailer. Dance plays a central role in Barney’s film, as characters use it to play out some kind of implied elemental circuit linking sky, earth, and body. In her ritual motions, The Electroplater reaches from the ground to the night sky, as if she wants to mediate between them; Barney complements such glances and gestures toward the infinite with swooping drone shots and time-lapse footage of the stars scrolling past the mountains.

Lacking verbal language, the film’s barebones story is communicated largely through the movement of bodies, and Diana has two nymph-like, dancing companions (Eleanor Bauer and Laura Stokes) whose gyrations and contortions seem to imitate the drama of life and death she sets in motion on her hunts, and who, more than anything, appear to annoy Diana with their hijinks. At one point, the pair mock-wrestles in a creek, turning the bathing scene of myth into a kind of wet-long-john competition. Diana, pointedly, has no interest in the bathing scene that forms the centerpiece of previous versions of this myth; she loads her high-powered rifle and leaves the scene. In many ways, Redoubt is serious-minded in its ideas about art and nature, but there’s a comic, playful element in such moments that make the film more than a somber contemplation and imbue it with a more vital dynamic.

Barney re-instills nature with some of the mystic aura that modernity, with its technologies and techniques of knowledge, has robbed it of. The Engraver and The Electroplater appear to represent an alignment of art and science that collaborate in the objectification of nature, thus incurring the wrath of the goddess of the hunt. Intriguingly, though, Diana and her arsenal of modern hunting weapons, which the camera lingers on almost admiringly, aren’t entirely innocent of such a charge, either. Perhaps, then, Barney’s alterations to the mythos reflect the developments in humans’ promethean relationship to nature, over which we now preside like the gods of earlier eras. With its reinsertion of mystic unknowability into an impeccably photographed natural landscape, Redoubt works as both visual feast and as food for thought.

Review: The Kingmaker Paints a Scathing Portrait of Imelda Marcos

Review: Doctor Sleep Gets Tripped Up in Following The Shining’s Footsteps