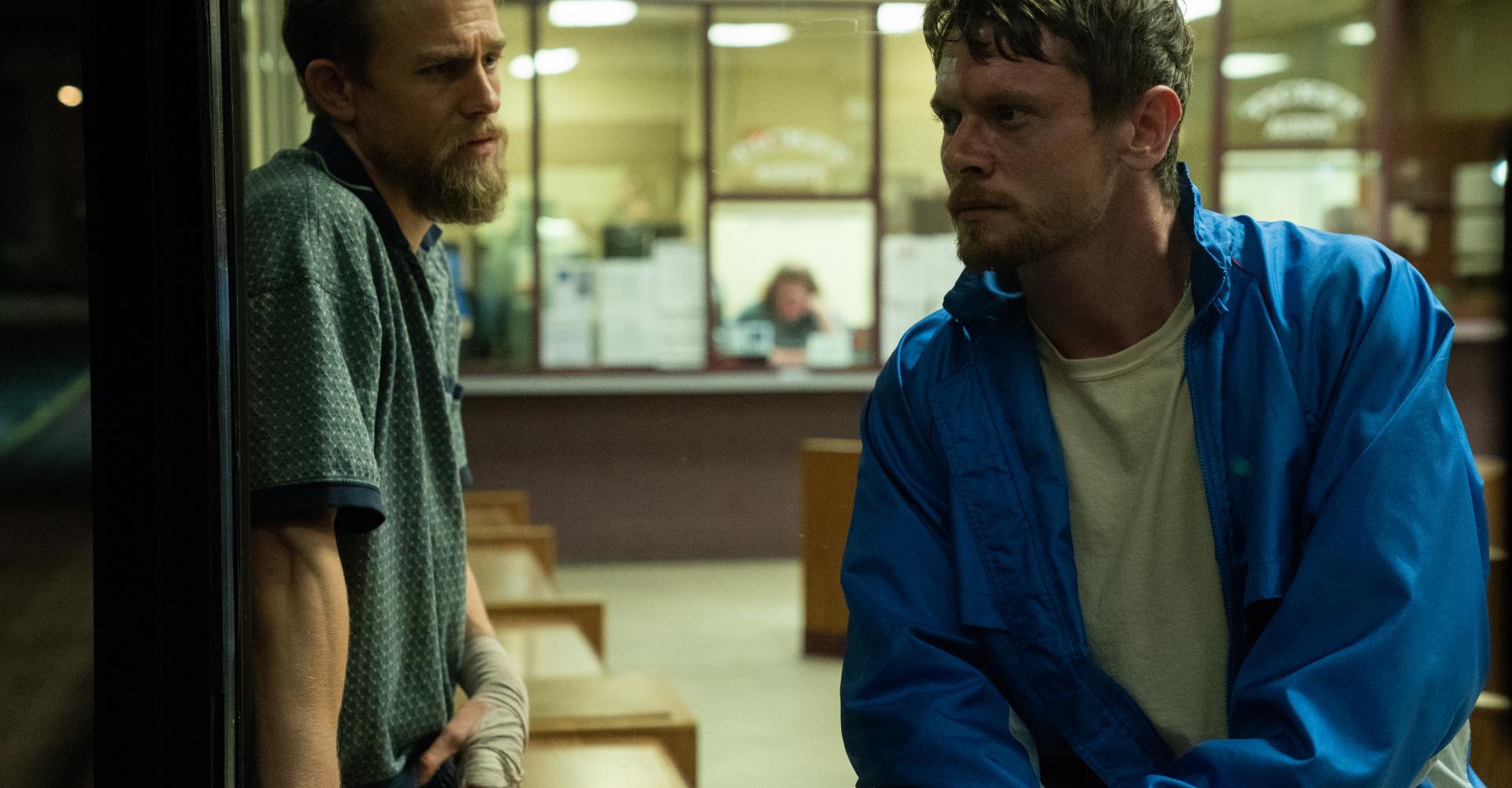 It takes stones to name your film after the operatic 10-minute closing track to one of Bruce Springsteen’s best albums, 1975’s Born to Run. “Jungleland” is exhilarating for the reason that all legendary rock songs are, rendering small details on an epic scale, allowing us to feel as if our daydreams are the material for either grand transcendence or Greek tragedy. Such songs allow us, no matter how insignificant we may often assume ourselves to be, to momentarily feel bigger. The conjuring of this feeling has been Springsteen’s life project—it thrums throughout his and the E Street Band’s recent Letter to You—and such a feeling connects his music with a strain of American films concerned with working-class complications, like Elia Kazan’s On the Waterfront and John Avildsen’s Rocky. This “feeling” is very much what director Max Winkler is aiming for in his own Jungleland.

Winkler’s film opens with the announcement of a blissfully naïve and typical dream. Stanley (Charlie Hunnam) is talking of the success he and his brother, Lion (Jack O’Connell), will one day enjoy, while Lion tries to sleep and gather his energy for an upcoming bareknuckle fight. This morning reverie is punctured with a brutal punchline: Stanley and Lion are revealed to be squatting in a condemned hovel, as we see them crawling out of a window to make their way to jobs in a textile plant. Such details are highly self-conscious, as Winkler is striving for a broadly mythic kind of American strife that will allow him to eventually honor the indomitability of the human spirit, but he initially handles this kitsch confidently. The film’s early scenes, set in a hardscrabble Fall River, Massachusetts, have a commanding dreariness that’s counterpointed by Hunnam’s fidgety energy and O’Connell’s stoic sense of loneliness.

Then the plot proper gets hatched, miring Jungleland in the sort of formula that was parodied nearly 25 years ago by Peter and Bobby Farrelly in Kingpin. Stanley and Lion must hit the road to California, where Lion will of course compete in a make-or-break tournament, and they’re stuck with a young woman, Sky (Jessica Barden), who’s to be delivered to a crime lord, Yates (John Cullum). Kingpin comes to haunt Jungleland, as the Farrellys mined this premise for more suspense and pathos than Winkler does while simultaneously ribbing the ridiculousness of such a setup. By contrast, Winkler regards his own plot with deadly and generic solemnity, as he truly seems to believe that he’s cutting to the heart of the boulevard of broken dreams.

Jungleland has one moving scene, in which Stanley and Lion’s resentments come to a boil at a pizza parlor, but these characters are otherwise reduced to pawns who’re pushed through increasingly unconvincing genre-film machinations, in a production without a good genre film’s liveliness. Sky particularly makes no sense, as she’s present only to goose Stanley and Lion, offering a wan reprise of the bad girl with a good heart. Tellingly, Jungleland only comes back to life at its conclusion, when the film’s soundtrack makes way for, yes, a Springsteen song (his cover of “Dream Baby Dream”). To sell this sort fantasy, you need poetry, swagger, or, as the Farrellys illustrated, superb and even moving impudence—you need, in some way or another, to walk your own walk. By contrast, Winkler’s film is imprisoned by timid reverence.

Review: As Horror and Satire, Triggered Barely Works Up a Sweat

Review: Kindred Is Effectively Discordant but Bogged Down by Repetition